What to do if your child swallows a potentially dangerous object

Children are prone to accidentally swallowing things, from big chunks of food to their parents' wedding rings.

For babies, putting things in their mouths (and noses and ears) is one way they explore and learn about their new bodies. For older kids, these accidents are usually more about carelessness than natural curiosity.

Fortunately, many objects swallowed by mistake — especially small, rounded ones like beads — will travel harmlessly down the child's throat and pass through the digestive tract until they come out the other end in the stool. Often, parents aren't even aware of the incident until the child says, "Guess what. I just swallowed a penny!"

But sometimes, the object doesn't go down so smoothly. If it's too big, it can get lodged in the esophagus. It can "go down the wrong pipe" (called aspiration) and block the airway or get into the lung. Or, it may be toxic and make the child sick.

Babies and toddlers are attracted to shiny objects, like coins. So it's no surprise that about 75 percent of the objects found in children's esophagi are coins.

Although you don't want anything to get trapped in a child's esophagus, coins and most other items — unless they are sharp — usually won't cause much damage if they are removed in a timely fashion. They may need to be removed in the operating room, but afterward the child is usually fine.

The most notable exception: button batteries, found in everything from key fobs to talking storybooks. They look like coins, especially to a child, but they are far more perilous.

Why are button batteries dangerous? When one gets stuck in the esophagus, the mucus membrane on both sides completes the battery's circuit. This generates a current, even if the battery is thought to be "dead" because it can't power an electronic device.

"That current can cause devastating injury — even death — within just two hours," Jeffe says.

While a button battery in the nose is not as deadly, it can still lead to severe injuries. The most serious: perforation in the septum (the thin wall of cartilage that divides the nasal cavities), which can create a "saddle nose" deformity, or droopy nose, that requires surgery to repair later in life.

Even in the ear — which is lined with skin — a button battery can do damage through leakage of electrolytes, which can eat away at the skin, cartilage and bone. This is a set-up for infection, scarring and other serious problems.

What to do if swallowed or stuck. Take your child to the emergency room immediately if you suspect he or she has swallowed a button battery, or has one trapped in a nostril or ear.

Even if the child claims it's "a coin," err on the side of caution and go to the ER right away.

"Don't wait for it to pass to find out. If it is a button battery, there's a very short treatment window," Jeffe says. "And the problem is, little kids often can't tell the difference."

An ounce of prevention. Warn kids about putting anything other than food in their mouths, especially round, shiny objects. And always store and dispose of button batteries in places where children can't reach them.

Warn kids about putting anything other than food in their mouths, especially round, shiny objects. And always store and dispose of button batteries in places where children can't reach them.

Food is one of the biggest choking hazards for kids under the age of five, and especially under age three.

When is food potentially dangerous? There are several concerns when it comes to food and kids:

An ounce of prevention. First, make sure foods like hot dogs, grapes and carrots are cut into tiny pieces. "This is most important for little ones who don't yet have the molars to grind foods themselves," Jeffe says. "Hot dogs are particularly dangerous and should always be cut into halves or quarters."

Children younger than five should never be given hard candies or gum, especially gumballs. In a child-sized esophagus, even a seemingly small hard candy or gumball can get stuck.

Touted as a more convenient way to get clothes or dishes clean, detergent pods burst onto the scene in 2012. But this popular product has since proven to be a serious threat to young children.

According to the American Association of Poison Control Centers, each year U.S. poison control centers receive thousands of reports of children under the age of 5 unintentionally swallowing the pods, or exposing their skin or eyes to the pods' contents. From January 1 to April 30, 2017, alone, poison control centers received reports of more than 3,300 exposures (any type of contact, not just poisonings or overdoses) to laundry detergent pods by children age 5 and younger.

Why are detergent pods dangerous? Brightly colored, squishy and bite-sized, the pods can look like toys or food to babies and young children. They are easy for tiny hands to grasp, and can fit in a child's mouth.

But within the pretty packaging are harsh chemicals, and the pods tend to be highly concentrated compared to traditional liquid or powdered detergents. That means they can do a lot more damage.

Children who put pods in their mouths may suffer some severe consequences, including respiratory arrest, fluid in the lungs (pulmonary edema), cardiac arrest, seizures and coma. If a pod ruptures, the detergent can also get into a child's eye, causing scratches on the corneas or ocular burns (burns to the sclera, conjunctiva, cornea and eyelids). The pod may also become lodged and cause the child to choke.

An ounce of prevention: If you have these pods in your home, make sure the container is tightly closed and placed on a high, inaccessible shelf or in a locked cabinet so the child cannot get to it.

But, says Jeffe, it's safest to simply avoid purchasing laundry or dishwashing detergent pods if you have children under the age of 6 in your household.

Call poison control at (800) 222-1222 immediately if you see a child put a detergent pod in their mouth, if they get detergent in their eyes or on their skin, or if you notice these symptoms of possible exposure to a detergent pod:

4. Pens — yes, those things you write with

In children younger than five, food is the leading cause of choking. By kindergarten, kids are far less likely to choke on food.

But the biggest culprit for older kids might surprise you: pen parts, which account for about 25 percent of choking incidents in older kids.

Why are pens dangerous? "It's because kids are chewing on pens, or holding the pen in their mouths while they're sitting in class or running around," Jeffe says. "They get distracted and end up choking on part of the pen, like the cap or clip."

An ounce of prevention. Here are some tips for preventing pen-related choking:

What to do if a child is choking

If food, a pen part or any other object gets stuck in a child's throat, it can block the airway partially or completely. When this happens, the child will likely be coughing, wheezing or have trouble breathing. Go to the nearest emergency room or call 911 right away.

With a completely blocked airway, the child won't be able to breathe and may pass out. If you know how, try rescue breathing, the Heimlich maneuver, back blows or abdominal thrusts. Otherwise, get medical attention as quickly as possible.

Sometimes, the coughing, wheezing or gagging will subside and the child will seem fine. Even if that's the case, let your pediatrician know about the incident. And always keep a watchful eye on the child to make sure no worrisome symptoms, such as cough or fever, appear in the days and weeks that follow.

"It’s essential to monitor kids after any choking or gagging episode that seems significant," Jeffe says. "Things might calm down as the airway reflexes subside. But then time passes — it can be 7 to 10 days after the event — and the child starts to develop complications because there is a foreign object in the lung." 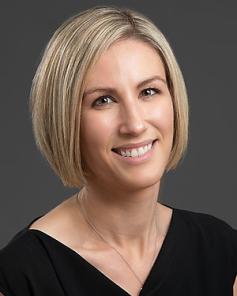 Sudden infant death syndrome a leading cause of fatalities in...
Children’s Health —

Pediatrician Says ‘I’ve Got Your Back’

8 Myths About Vaccines and Kids

Why vaccines are safe, effective for children