As a lifelong smoker, Gina knew the risks of smoking — but, like many people, she pushed these thoughts out of her mind.

“For years, my very dearest friend and I would sit on the phone together, have coffee and smoke cigarettes,” Gina remembers. “Then she was diagnosed with lung cancer and died from it. Even though I saw what she and her family went through, I was still in denial that anything could happen to me.”

Five years ago, at age 70, Gina got a wake-up call to start taking control of her health: She was diagnosed with breast cancer.

She had a mastectomy at Rush and was soon cancer-free. With a new lease on life, she began running, cut down to three cigarettes a day, and started listening to shamanic drum chants and doing positive-thinking exercises. She also continued her regular breast cancer follow-ups at Rush with medical oncologist Melody Cobleigh, MD, and nurse practitioner Teri Dougherty, NP.

Still, Gina’s smoking history and age put her at high risk for lung cancer. So at an appointment last summer, Dougherty talked to Gina about her risk factors and suggested that Gina was a good candidate for a lung cancer screening test — a low-dose CT scan that can detect lung cancer at its earliest stages, before symptoms arise and when it may be most curable.

Still feeling empowered to control her health, Gina decided to get screened — figuring it was simply a precautionary measure. “Even though I was a smoker and had mild COPD, I didn’t think I could possibly have lung cancer,” Gina says. “I was still in denial that I could be headed for trouble.”

Dougherty walked her through the entire process and explained what Gina could expect from the relatively simple and painless screening test: Gina would lie on a table for about five minutes as the table moved through a CT scanner. The technician would ask her to hold her breath at a couple points during the test to allow the technician to get the best images of her lungs.

After the test, Gina met with lung cancer screening coordinator Linda Dowling, RN, who discussed the next steps. “She explained everything really clearly and put me at ease,” says Gina.

Several days later, on Gina’s 75th birthday, she received a follow-up call from her providers: The test revealed a tumor on her left lower lobe. Rather than being devastated, Gina looked at this as a stroke of luck.

In fact, the majority of patients who have lung cancer are diagnosed at a late stage — with only 15 to 20 percent of patients diagnosed at an early stage, according to Christopher Seder, MD, a thoracic surgeon at Rush who treated Gina.

“The earlier you find lung cancer, the greater chance you have to treat and cure it,” Seder says. “If you catch it early, lung cancer can be a curable disease. And lung cancer screening is one of the most effective ways to find it early.”

Gina’s lung cancer care team determined that a video-assisted lobectomy — a minimally invasive surgery to remove the left lower lobe — would be the best treatment for her.

“Dr. Seder, Dr. Batus and the nurses spelled everything out for me and made it really easy for me to follow the care plan,” she says. “Every time I came to Rush for treatment, they never treated me like a ‘cancer patient.’ They just treated me like a normal person and made me feel so comfortable and confident.”

Batus explains, “When we detect cancers at earlier stages, patients are in better shape to tolerate and complete their treatment with fewer complications, and Gina did beautifully throughout her treatment.”

After completing her last round of chemo this summer, Gina is now cancer-free — and back to enjoying her life. She slowly started running again, is still practicing positive thinking, and, most important, has not touched a cigarette since her lung surgery.

“They gave me the (nicotine) patch after my surgery, I listened to my drum chants and thought positive thoughts,” she said. “It has been surprisingly easy to quit smoking, and I feel good.”

According to Seder, research has found that lung cancer screening is actually more effective at saving lives than mammograms and colonoscopies.

“If Gina hadn’t undergone the lung cancer screening, it’s possible she wouldn’t have found the lung cancer until it was at a later stage, and she would have needed either more extensive treatments or non-curative treatments,” says Seder. “Some people avoid getting screened because they’re scared of what the test might find. But Gina was not afraid to take control of her own health. She went in and got screened — and it was the best thing for her.”

Gina is now doing her part to help others shake away the denial that lung cancer can’t happen to them. “I had never heard of lung cancer screening before this, and now I tell anyone I know who smokes that they should get screened — just have it checked out,” she says. “If I hadn’t, I would not have found out I had lung cancer until it was probably too late. I feel like a lucky lady.” 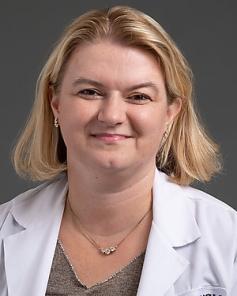 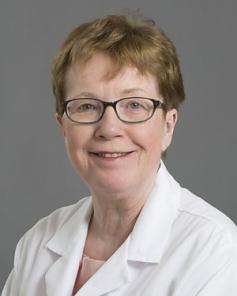 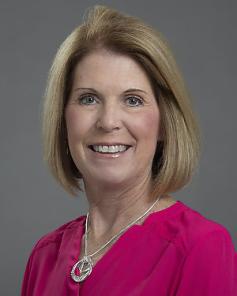 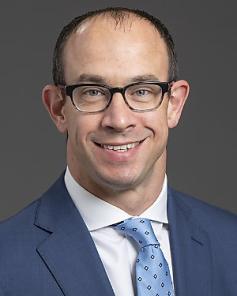