Robin Stoner, AuD, makes a practice of protecting her hearing when she attends concerts.

She believes that people attending summer music festivals, or any rock or pop concert, need to be as concerned about hearing damage as they are about sun damage.

"Like the sun's rays," she says, "exposure to loud sound can have a dangerous, irreversible effect over time."

If you get a sunburn, your body will eventually heal, but your skin has been damaged. Therefore, you're more susceptible to skin cancer down the road, The same concept applies to hearing: If you've been exposed to dangerous levels of noise and are continually exposed, you're more likely to develop hearing loss.

Approximately 28 million Americans between the ages of 20 and 69 have some measure of hearing loss from overexposure to loud noises. The danger increases as the sound gets louder and you're immersed in it longer.

According to the National Institute for Occupational Safety and Health, risk for hearing loss begins after crossing certain thresholds: for example, listening to sound at 88 decibels for four hours, 94 decibels for one hour, 97 decibels for 30 minutes and 100 decibels for 15 minutes.

Mobile phones have made it easy to monitor noise levels in the surrounding environment. Sound (loudness) level meters are widely available for both iPhone (Stoner recommends the TooLoud Pro app) and Android phones (Sound Meter Pro gets the nod). "They're not going to provide an exact measure, but they definitely will be able to give you an idea of when you want to use hearing protection," Stoner says.

She measured the volume level at one relatively small summer festival she attended, finding the noise levels to be between 95-105 decibels approximately 20 feet from the stage. The noise level was roughly 90 decibels or below when she was 40 feet or more from the stage. Each band played for about 40 minutes.

"It's not only a question of how loud the music is, but how long you’re in it. At a street fair, you might be close to the stage or speakers for a little while and then walk away," she says. "But if you go to a concert and stay in one place for two hours, you're most likely going to be consistently exposed to loud enough sound that you should be wearing hearing protection."

When you're exposed to too much noise, your system reacts. You will notice symptoms such as dulled hearing and ringing in your ears. Your system eventually rebounds, but the exposure has already occurred and there's no way to reverse that.

Noise damage can be compared to sun damage. Like the sun's rays, exposure to loud sound can have a dangerous, irreversible effect over time.

Earplugs are an inexpensive solution

So why aren't more people concerned with protecting their hearing?

Most people believe earplugs reduce the quality of sound, as is the case with the single-use, foam earplugs that are available at drugstores. However, non-custom, reusable musician's earplugs such as ETY Plugs and ER-20 earplugs provide sound reduction without affecting sound quality at a relatively low cost. They can be purchased for about $12 through most audiologists or online.

"If you're going to be doing something like mowing the lawn where you don't care about sound quality, then the foam earplugs are the best because they reduce sound the most," Stoner says. "But if you’re going to something like a music festival and you want to enjoy the sound, the foam earplugs don't work very well. They cut out the high frequencies. As music lovers, we want to hear the whole spectrum of frequencies — we want to hear the bass as well as the treble."

She recommends musicians' earplugs to friends and family members: "They love them. They're amazed because the music still sounds very good."

For about $200, custom musician’s earplugs allow the wearer to change filters, providing flexibility in how much sound they reduce. But the average person will do just fine with the non-custom versions. Just make sure to follow the instructions to ensure the plugs are inserted correctly. Pull back on the ear to open the ear canal and insert the plugs as far as they can go to get a proper seal.

Stoner also cautions about prolonged exposure to music at high volume from personal music players. "We need to keep in mind that the same rules for loud sound and exposure apply when we are listening to music on our phones or tablets."

In 2015, the World Health Organization announced that 1.1 billion people ages 12 to 35 listen to personal audio devices at "unsafe volumes," which put them at risk of permanent hearing loss.

According to the WHO, listening through earphones at 95 percent of maximum sound volume for just 5 minutes (with most devices) continuously will damage hearing. To protect hearing, the WHO says, minimize the volume and take breaks when listening through earbuds/headphones. And young people should listen to music on personal devices for no more than one hour a day.

"Good hearing protection wasn't around then," Stoner says. "Now we have good, inexpensive devices that let you enjoy music but still help preserve your hearing.  Why wouldn't you use them?" 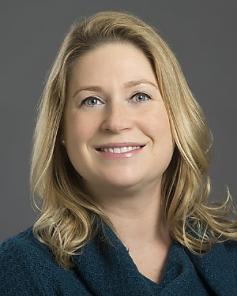 Can Earbuds Cause Ear Problems?

A Rush laryngologist on empowering patients 'to make the right...