In early 2019, Crystal Dyer, a 64-year-old resident of the Austin community, was traveling the world for her job. But her travel plans were put on hold when she started experiencing various symptoms — including a fever, aches, swelling of her wrists and chest pains.

After extensive testing at a local hospital, she was diagnosed with multiple myeloma, a rare blood cancer.

“At that moment, I wanted to learn as much as I could about multiple myeloma because I had never heard of it,” Dyer says. “I found out that myeloma is related to leukemia, which both my grandma and aunt had years earlier. But I did not think something like that could happen to me.”

Although devastated when her diagnosis meant she could no longer travel, Dyer sought chemotherapy treatment for her cancer. She was later referred to Rush in January 2020 to undergo her next phase of treatment — a stem cell transplant.

Dyer decided to schedule her stem cell transplant for March — just as the COVID-19 pandemic response began. As a result, the state of Illinois ordered many elective procedures to be postponed and rescheduled.

Once these restrictions were lifted in early May, Dyer’s stem cell transplant was rescheduled.

"I decided to continue my care because I was comfortable with the environment at Rush,” Dyer says.

For safety reasons, Dyer was given the COVID-19 test four times at Rush — before the start of her care, when she met her care team, before the collection of her cells and before the transplant.

“During my care, my room was cleaned from top to bottom twice a day, and anyone who entered my room had to sanitize and wear personal protective equipment, as did I when I left my room for my daily walks,” Dyer says.

“I understand this situation is serious, but I was confident by Rush’s safety measures. I can tell they’re monitoring it at the highest level to keep their patients and employees safe.”

'I had the courage'

Although multiple myeloma is incurable, there are treatment options to help manage the disease, such as a stem cell transplant — a procedure in which a patient receives healthy stem cells to replace the damaged stem cells caused by cancer or treatment, such as chemotherapy.

Dyer met her care team, which included hematologists M.J. Hussain, MD, and Celalettin Ustun, MD, and Karla Cavazos, RN. They explained the procedure and certain preparations she would undergo before the transplant — including various injections and a port in her chest for a catheter, which would be used for the stem cell collection and transplant.

“My team was confident and thorough with their explanation of my procedure, which assured me that I was going to be taken care of,” Dyer says. “But I really questioned if I had it within myself to go through with it.”

Dyer initially had her doubts about the procedure but she understood that a stem cell transplant was the best opportunity for her to be there for my family and experience future life events.

“I went ahead with the procedure, and it made me realize just how much courage I actually had,” Dyer says.

After almost six hours, her care team completed her stem cell transplant, giving Dyer the chance at a complete remission and a fairly normal life for years to come.

For patients with multiple myeloma who go through a stem cell transplant, many view this reentry of the cells as a new beginning to life — a day to celebrate when the regenerated cells reset the body.

Dyer reached her new birthday in May — one month before her actual birthday.

“By continuing my essential care, I reached my new birthday and realized I was given a second chance,” Dyer says. “Because I have more life to live, more places to visit and plenty more memories to make.” 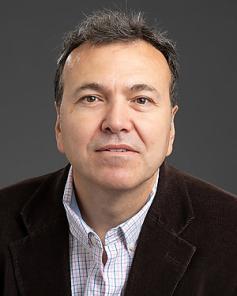