Remember that aunt who claimed her aching joints signaled a storm front on the horizon?

Many rheumatoid arthritis sufferers have long believed that cold, damp conditions or changes in barometric pressure can aggravate their symptoms, which can include pain, stiffness and swelling of the joints.

But despite a fairly large number of studies examining the impact of weather on problems related to rheumatoid arthritis, results remain inconclusive, says Andrew Ruthberg, MD, a rheumatologist at Rush University Medical Center.

"I don't think there's any strong answer to the question," he says.

Rheumatoid arthritis is an autoimmune disease that frequently targets wrists, fingers, knees, feet and ankles. While we know it can occur in people of all ages, and that it affects more women than men, the precise role of weather remains up in the air.

Studies look at perception vs. reality

In one study of rheumatoid arthritis sufferers, participants were asked directly if weather affected their condition. And, perhaps not surprisingly, many said that yes, in fact, it does.

"A lot of people perceive weather as having an effect on their condition," says Ruthberg. "Most of the time people will complain that colder weather or damper weather makes them feel worse than sunnier, warmer, drier weather."

Since perception doesn't necessarily equal reality, researchers have approached it from another angle and had people keep diaries about their pain or stiffness over a month or longer, then matched the reports up with official weather data.

"Some of them have shown some correlation, but it hasn't been seen in every single study, and it has not been shown to be just a huge, huge factor," Ruthberg says.

A 1960 study did lend some support to a weather connection. After University of Pennsylvania researcher Joseph Hollander monitored 12 arthritis patients in a climate-controlled chamber over several weeks, most, he said, felt worse when they were subjected to a combination of increased humidity and falling barometric pressure.

Whether or not weather makes a difference, you don't have to suffer in silence.

Rheumatoid arthritis is a treatable disease, and Ruthberg advises seeing a rheumatologist if you are experiencing symptoms that may indicate you have rheumatoid arthritis. Those symptoms may include joint pain and swelling, noticeable morning stiffness and fatigue.

A variety of treatment options can help alleviate symptoms and/or limit damage to joints, including the following:

If people ask me about moving, I caution them to be very careful about disrupting their entire life based on the hope that moving to another climate will make them a whole lot better.

Don't sell the house just yet

One thing Ruthberg advises against: fleeing to the arid Southwest in hopes of easing arthritis pain.

"If people ask me about moving, I caution them to be very careful about disrupting their entire life based on the hope that moving to another climate will make them a whole lot better," he says.

Plus, there's no real scientific proof that warmer, drier climates make a difference. "I don't think there's a whole lot of difference in what would be called epidemiology when you look at the warmest, driest community in Arizona vs. a lakeside city in the Chicago area," he says. "I don't think we really know."

If you're seriously thinking of moving, Ruthberg suggests visiting a place first to see if it really makes a difference.

The Arthritis Foundation also notes that even if you're certain a warmer, drier climate will make you feel better, any health benefits might be outweighed by having to leave behind your support system of family and friends. 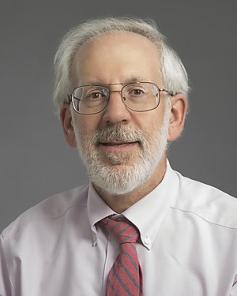 Back in the game after MS treatment at Rush

From wellness rotations, to volunteer activities, to a FitBit challenge...

Stepping Up to Stop the Spread: Tom McNally