The most dramatic benefit of weight loss surgery isn't just a drop in pounds: Type 2 diabetes also improves significantly in most people or even goes into remission.

This change is made possible, in part, by hormones that go up — and down — after surgery.

During two of the most common types of bariatric surgery, either the digestive tract is re­arranged or part of the stomach is removed — altering the levels of hormones released by the gut, says Alfonso Torquati, MD, a bariatric surgeon at Rush University Medical Center.

Produced in the intestines, this hormone normally spikes after a meal. Its job is to help insulin move glucose (sugar) out of the bloodstream and into cells.

But in people who are obese, GLP-1 doesn't spike as it should after eating.

Research by Torquati and colleagues found that GLP-1 goes up substantially following a meal very soon after patients have bariatric surgery. And more GLP-1 means more help for insulin with regulating glucose.

"That's why a lot of people can come off diabetes medication right away after surgery — even before they lose weight," he says.

The hormone peptide YY, which helps the body feel full after a meal, also increases; meanwhile, the hormone ghrelin, which signals the body to eat, decreases after bariatric surgery.

"At Rush, one of the things we want to study next is how these gut hormones respond differently in different races," Torquati says.

A lot of people can come off diabetes medication right away after surgery — even before they lose weight.

The American Diabetes Association recommends bariatric surgery as a first-line treatment for people with a body mass index (BMI) over 35. Calculate your BMI. 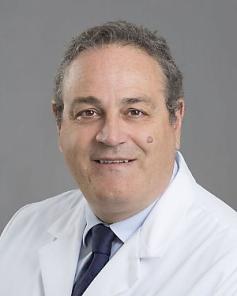 Type 2 Diabetes and the Hispanic Community

Stop Diabetes In Its Tracks

5 tips to help people with prediabetes change the course of their...
Diabetes

Researchers at Rush University Medical Center now have found that...