You can’t talk to Barbara “Barb” Rickert without talking about her grandchildren. A mom of five and a grandma to eight (with another on the way), she’s quick to point out that kids are her life. She regularly watches two sets of grandchildren during the week and is an on-call babysitter for the others. So, when a health issue impeded her ability to care for her family, she took action.

In her early 60s now, Barb started feeling pressure in her pelvic area in her early 50s. She learned that she was experiencing pelvic organ prolapse — a condition in which your pelvic organs drop out of their normal positions. She described it as feeling like a bulge and her doctor at the time dismissed it as “not bad.” Following her doctor’s advice, Barb ignored it.

During the next decade, her symptoms persisted until she started to feel frequent discomfort and dryness and suffered from urinary tract infections and bladder leakage. Left untreated, her vagina prolapsed so significantly that she could feel her organ outside of her body.

“I was not in excruciating pain, so I thought it was just something I had to live with,” says Barb. “And honestly, I felt strange about it — I had never heard anyone talk about prolapse, so I thought I was alone.”

Prolapse occurs when the pelvic floor, the group of muscles and tissues that support abdominal organs, becomes weak or damaged. This damage most often occurs from multiple childbirths or with the births of larger babies. Age and hormonal changes can also affect your pelvic floor, among other factors.

If the pelvic floor weakens, pelvic organs — including the bladder, rectum, uterus, vagina, parts of the colon or small intestine — can fall out of place. It’s a common condition that few talk about. Some experts estimate that about half of women over the age of 50 have experienced it. Feeling embarrassed and alone often leads many women to suffer in silence.

“After giving birth, everyone worries about what their bodies look like on the outside,” Barb adds. “We should be thinking more about how our bodies are changing on the inside. Our focus should not only be on healing, but on strengthening.”

Not being able to be active with her grandkids was Barb’s motivation for seeking help. She went to a physician who recommended a hysterectomy to remove her uterus and relieve the pressure on her other organs. Five months after her surgery, her symptoms returned, and her doctor confirmed that her prolapse was back.

Understandably upset, Barb did not want a second surgery. She sought out other treatment options, including pelvic floor therapy. However, after six weeks of therapy, her doctor saw little to no change and Barb became resigned to live with the discomfort.

“If nothing else, I wanted to get a second opinion,” says Barb. “When I talked to Dr. Brincat I just felt relief. She made me feel so comfortable and reassured me that the Rush team could take care me.”

Because she already had surgery, Barb was able to talk freely about her symptoms and the treatment options she had tried. But what struck Barb most was Brincat’s caring and encouraging response to both her physical discomfort and emotional pain.

“Dr. Brincat said that I didn’t have to live like this anymore,” Barb adds. “She said I was young, vibrant and had a lot more years to live without this discomfort.”

A second surgery for long-term results

Khan was able to see Barb quickly after the initial introduction from Brincat.

“The minute I met Dr. Khan, I knew I’d be recommending her to others,” says Barb. “She made me feel so comfortable, made sure all of my questions were answered and gave me options so I could make the best decision for me.”

Barb even described Khan drawing her proposed surgery on a piece of paper to make sure Barb both understood her body and what the surgery would entail. Khan says this is often an approach she takes with patients.

“I want my patients to fully understand not only how we can treat their bodies, but how their conditions occurred in the first place,” says Khan. “Education is a big part of my process — and so is patient choice. I give my patients all of their options and offer my professional counsel when asked.”

Khan’s empathy and expertise encouraged Barb to choose a second surgery. Barb and Khan agreed that a robotic prolapse repair with a mesh — a sling that holds the vaginal walls in place — would be the most durable, long-lasting treatment.

With the decision made to have surgery, Barb was anxious to get it done. Khan herself called different operating rooms across the Rush System to find one that could accommodate Barb the fastest. Rush Oak Park Hospital had availability and offered Barb the convenience of a smaller hospital.

The procedure took approximately three hours and required only five small one-centimeter incisions. Barb’s recovery pain and discomfort were minimal, and she did not have to spend the night in the hospital. In fact, her daughter waited during the operation and drove her home when Khan said it was safe to do so.

Barb was most impressed that she was able to be active shortly after surgery. She was walking right away and lifting her grandchildren four weeks after her procedure.

“That was my main reason to have the surgery, because my life was being held back,” says Barb.

Khan adds, “That’s why I do this, because I want women to live their lives without restrictions. It’s about quality of life.”

Now Barb’s only concern is “bragging” about how good she feels. She’s become an advocate for educating women about pelvic organ prolapse and their options.

“If I can help someone else feel like they’re not the only one going through this, that makes sharing my story worth it,” says Barb. “Know that you don’t have to live this way and you need to do what’s best for you. The results can be life changing.” 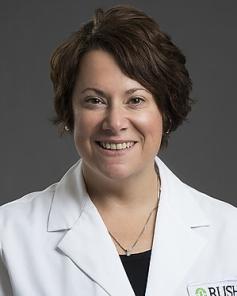 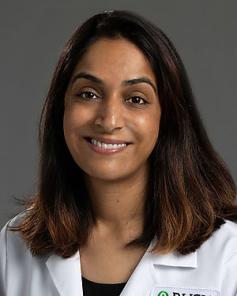