Bad to the Bones

If you were asked to name the most important things you can do to protect bone health, what would you say? Get the recommended daily allowance of calcium and vitamin D? Exercise regularly? Maintain a healthy weight?

While all of those things are essential for a healthy skeleton, there’s something else just as vital that you probably didn’t think of: Steer clear of cigarettes.

Why smoking is bad for your bones

Research has shown that the chemicals in cigarettes, including nicotine, affect everything from how your blood circulates to how your cells behave — and the damage isn’t limited to the heart and lungs.

These are some of the established connections between smoking and musculoskeletal health:

“It’s no secret that smoking raises your risk of cancer, cardiovascular disease, and lung diseases like COPD and emphysema,” says Rush sports medicine and shoulder surgeon Grant Garrigues, MD. “But it’s also well documented that smoking wreaks havoc on your entire musculoskeletal system. It increases the risk of bone, disc and soft tissue injuries. It interferes with healing from injuries and surgery. And it makes treatments — especially surgery — risker and less effective.”

So if you’re looking for additional motivation to quit — during this year’s Great American Smokeout or any time — consider the following:

1. Smokers have a higher risk of osteoporosis and fractures.

While many things contribute to osteoporosis, including being postmenopausal, certain medications, lack of exercise and heredity, people who smoke are far more likely to develop osteoporosis than nonsmokers.

The reason why isn’t fully understood. It could be that many smokers also have thinner frames, poor diets and sedentary lifestyles — all of which contribute to low bone density — but even if you remove those factors, smokers still have a higher risk of osteoporosis, making them more vulnerable to fractures.

Nicotine products, including gum, patches and vape juice, are just as harmful as cigarettes when it comes to rotator cuff health.

For instance, studies have found that elderly smokers are 30 to 40 percent more likely than elderly nonsmokers to fracture a hip — an injury that can already lead to serious health consequences in seniors.

Given the effects of smoking on the circulatory system, and bone and cartilage health, it’s not surprising that smokers suffer worse osteoarthritis (OA) symptoms than nonsmokers.

Interestingly, some earlier studies suggested that nicotine actually protected against knee osteoarthritis. That theory was debunked by a 2019 study out of Denmark that found “no statistically significant association between knee OA and current smoking.”

While the jury is still out on whether smoking actually increases the risk of developing OA, there is solid evidence of increased pain and debility for people with OA who smoke.

The American Academy of Orthopaedic Surgeons reports that people who smoke are at increased risk of inflammatory autoimmune diseases like rheumatoid arthritis and systemic lupus erythematosus.

While it’s unclear why, one study found that “even light smoking is linked to an elevated risk of RA, and that daily smoking could more than double a woman’s risk of developing it,” according to a 2017 article in Healthline. As the article notes, quitting smoking reduces the risk over time (by one-third after 15 years), but the risk is still lower for people who have never smoked.

In addition, a study published in Arthritis & Rheumatism found that both current and past smokers had worse RA symptoms than those who never smoked — and smokers appear to experience more significant joint damage as well.

In “On the Cuff,” Garrigues explains that other than aging, smoking — specifically the nicotine in cigarettes — is the single biggest risk factor for rotator cuff tears.

“Nicotine products, including gum, patches and vape juice, are just as harmful as cigarettes when it comes to rotator cuff health,” he says. “My advice is to avoid nicotine altogether.”

And it’s not just shoulders that are at risk: Smokers suffer overuse injuries (e.g., bursitis, tendonitis) and traumatic injuries (sprains and strains) at significantly higher rates than nonsmokers, and these injuries take longer to heal, often becoming chronic and affecting quality of life.

5. Smoking is linked to low back pain.

Smoking has been found to be associated with low back pain, though the exact reason remains unclear. One theory is that the ingredients in cigarettes affect the flow of blood and nutrients to the spinal discs, which can lead to poor disc health. Another is that smokers tend to be less healthy in general, including not eating well and exercising less, which can contribute to low back pain.

Regardless of why, however, it’s clear that not only does smoking make you more prone to developing back pain, it may be the reason the pain lingers.

According to a study cited in Longevity, smoking actually "affects the brain circuit associated with pain." This may explain why people who smoke are three times more likely to develop chronic back pain than nonsmokers.

6. Surgery isn’t as effective and recovery takes longer in smokers.

Smoking and surgery are a bad combination — from the higher risk of complications to slower recovery to less satisfactory results.

“That’s why orthopedic surgeons always strongly recommend quitting smoking before your procedure,” Garrigues says. “Even if you’re a long-time smoker, kicking the habit for good before surgery — even a few weeks or months before — is almost certainly beneficial.”

These telling statistics represent just some of the added issues smokers face when having musculoskeletal and spine surgery:

In fact, post-surgical pain is a common complaint among smokers.

Given the ongoing opioid epidemic, it’s significant to note that people suffering higher levels of pain — after surgery or in general — typically require more medication to control it, which can lead to severe side effects or addiction.

Ready to quit? Here’s how you can get started.

If you’re ready to kick the habit for good, check out “10 Tips to Help You Quit Smoking,” which can serve as a roadmap to a smoke-free life. 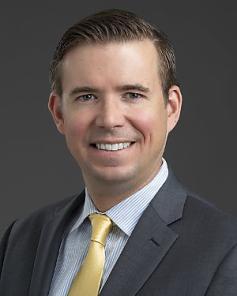 ‘I Can Do the Things I Want Without Restrictions. I’m the Result of Dr. Nho’s Work.’

‘He Gave Me a Second Chance’: Larry's Story