Are We Any Closer to an HIV Vaccine?

Why an HIV vaccine has been so elusive, plus new advances that could prevent infection

While scientists have made unprecedented progress in preventing COVID-19 in the past two years, they have also moved closer to finding a vaccine to protect against the human immunodeficiency virus (HIV), which has been infecting people around the globe for more than four decades.

“I do think there is reason for hope,” says Beverly Sha, MD, director of the Mark Weiss Memorial Clinic for Infectious Diseases and an infectious disease specialist at Rush University Medical Center. Sha’s research has helped advance groundbreaking treatments that have made HIV infection a manageable condition.

Why finding a vaccine against HIV has been so difficult

Much has been made about the record time in which scientists were able to develop vaccines to protect against SARS-CoV-2, the virus that causes COVID-19 (in fact, the technology used to create the vaccines has been in the works for decades). Now, lessons learned from the COVID-19 vaccines could add to the extensive body of research on HIV to produce the first viable HIV vaccine.

However, it’s important to understand that the two viruses are very different, Sha says. With the SARS-CoV-2 virus, people’s immune systems create antibodies that cure them of infection, and they develop responses in a type of white blood cell called a T cell that helps protect them against future infection. But the body’s defenses don’t work the same way against HIV.

HIV is also a much more variable virus — meaning that it has mutated and changed more over time — than the virus that causes COVID-19 or even the flu. “It’s thought that the reason the antibodies don’t protect us against HIV is that they appear too late, after the virus has already mutated, so we can’t get ahead of it,” Sha says.

The structure of HIV also makes it harder for vaccine developers. While SARS-CoV-2 has a “spike protein” that is exposed, making it a nice “binding” target for antibodies, HIV has a much more difficult outer wrapping, or “envelope,” to target with a vaccine, Sha says. The envelope of HIV also has what Sha describes as a “sugar-coating” — a glycan cap that helps protect it against the immune system.

Two advances could be the key to an HIV vaccine

Unlike the COVID-19 vaccines, which are designed to prevent hospitalizations and death, an HIV vaccine would need to prevent infection altogether — so the bar for an effective HIV vaccine is much higher, Sha says.

Moderna, the biotech firm that developed one of the mRNA vaccines against COVID-19, is in the early phases of studying an experimental HIV vaccine with other collaborators. Other companies are exploring their own approaches.

“I don’t think anyone believes these current trials are going to lead us immediately to an effective HIV vaccine, but they will advance the field,” Sha says. “This approach is going to take us beyond what we’ve been able to achieve so far.”

Vaccines using this new technology are also being studied to protect against the flu and herpes simplex virus (HSV).

Stem cell transplants: possibly a cure, but only for a few

Another discovery that has been making headlines is the curative effect that stem cell transplants have had on a few people with HIV. Recently, a third patient with HIV appeared to be cured after a stem cell transplant (the woman received the treatment as part of her care for leukemia). In each case, the donors’ immune cells lacked a certain cell receptor that the HIV virus needs to attach to so it can replicate.

But unfortunately, stem cell transplants are not a viable treatment for HIV. The treatment is too difficult to scale up to treat the more than 37 million people around the world who are infected, Sha says.

Lessons from people with HIV who don’t need treatment

A small fraction of people with HIV have remained healthy without any antiviral medications. Known as “elite controllers,” they represent about 0.3% of those infected. Understanding how their immune systems keep them healthy could also help point the way to a new HIV vaccine, Sha says.

“These cases show us that if you have the right immune response, it does seem you can control HIV,” she says. Earlier this year, a team of international researchers published the case of an elite controller who may have cured herself of HIV. “It’s very intriguing and does gives us hope that if we can figure out how to create the right immune responses, we may be able to get an effective HIV vaccine,” she says.

Learn more about the Rush Approach to HIV Care. 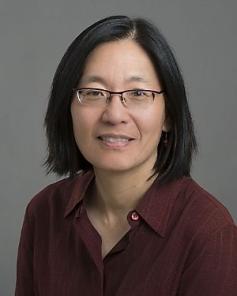 When to Get a COVID-19 Booster

Understanding the Link Between COVID-19 and Diabetes

RUSH investigates the connection between the two conditions on a...