When every step you take is painful or your legs get easily fatigued, your quality of life can be severely hampered.

But if the cause of these symptoms is peripheral vascular disease, and specifically peripheral artery disease or PAD, a condition that affects 8 to 10 million Americans, there's more to be concerned about than just your ability to walk long distances.

Although peripheral vascular disease (PVD) itself is not fatal, the underlying cause can be. To help you protect yourself, interventional cardiologist Jeffrey Snell, MD, and vascular surgeon Michele Richard, MD, share five things every adult should know:

1. If you have PVD, you most likely have blockages in other areas.

Peripheral vascular disease is the manifestation of a far more serious problem: atherosclerosis, a disease in which your arteries become clogged with plaque, fatty deposits that restrict blood flow.

"PVD doesn't exist in a vacuum," Snell says. "Atherosclerosis is widespread, so if you have a buildup of plaque in the arteries of your leg, you're highly likely to have that same plaque buildup in the arteries of neck, heart and/or kidneys."

That explains why people with PVD are four to five times more likely to have a heart attack or stroke.

"Early detection of PVD can help you not only address PVD, but also prevent heart attacks, strokes and kidney failure because you can address the underlying cause, the atherosclerosis," Snell adds.

2. PVD symptoms can be confusing.

Many people with PVD don't have symptoms at all, and others may mistake PVD symptoms for normal aging-related aches and pains, or other conditions such as arthritis, anemia, spinal stenosis and nerve damage.

“The mildest symptom is claudication,” Richard says. “This is a cramping, most commonly in the calves, that begins during exercise and stops after resting. This pain is a result of the muscles not getting enough blood flow to meet the increased demand for oxygen during activity.” However, it's important to note that nearly everyone who has PVD, even those who don't have leg pain or discomfort, experience problems with walking: They find they simply can't walk as fast or as far as they used to.

People with the most extreme form of PVD, critical limb ischemia, experience extreme pain, as well as nonhealing sores and wounds in the legs and feet. If left untreated, the only life-saving option for these patients is amputation.

"If you’re having any issues related to walking, or you have any other symptoms of PVD, don't ignore them," Snell says. "Talk to your doctor as soon as possible. The symptoms may not actually be caused by PVD, but if they are, treatment will help prevent far more serious health problems down the road."

3. Smokers are at high risk for PVD — even after they quit.

Yet another reason to steer clear of cigarettes: The risk of PVD is up to four times higher for those who smoke or have a history of smoking.

For instance, researchers at Harvard Medical School found that the more cigarettes a woman smokes daily, the more likely she is to develop PVD. Women who kicked the habit within the past 10 years are less likely to develop PVD than current smokers, but it's still far better to never have smoked at all.

Yet another reason to steer clear of cigarettes: The risk of PVD is up to four times higher for those who smoke or have a history of smoking.

4. Treatments have come a long way.

"Early treatment of PVD can help restore your mobility, decrease your risk of heart attack, stroke and amputation, and possibly save your life," Snell says.

Accomplishing these goals often involves a combination of approaches:

"Your doctor should work with you to create a personalized treatment plan based on your health and your specific combination of risk factors," Snell says.

Richard says surgery may be recommended for patients who are good candidates for surgery and who still have disabling pain even after lifestyle changes and medication.

“Vascular surgery has come a long way in how we fix blocked arteries,” she says. “The first approach is usually endovascular, where balloons and/or stents are used to open the arteries. This can all be done through a large IV in the groin or the arm, and patients usually go home the same day as the procedure. There are still cases where open surgery is the best option, which include removing plaque from the artery or performing a bypass to get blood flow around a blockage.”

5. Prevention is the best medicine.

While you can't do anything about some of the risk factors for PVD — such as age, race and family history — you can make lifestyle choices that will significantly lower your risk.

The same advice doctors give for reducing your risk of heart attack and stroke will also help keep PVD away, Snell and Richard say: 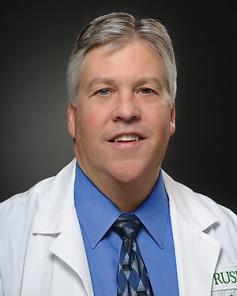 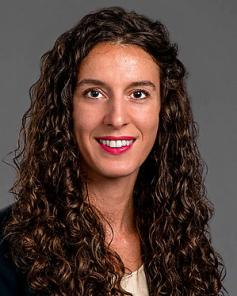