Renee Slade, MD, is a pediatrician with Rush University Medical Center in Chicago, Illinois. She specializes in primary and preventive...
Watch Now

As the United States sees the worst outbreak of measles in decades, doctors at Rush reaffirm the safety of vaccines...
Read More 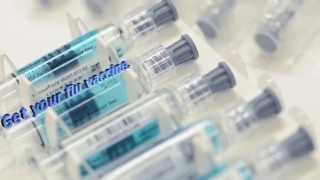 Protect Yourself With the Flu Vaccine

Want to stay healthy this flu season? One of the best ways to protect yourself and your family during flu...
Watch Now

Are the reasons given for not vaccinating valid?

Vaccine advocates see the choice not to immunize children against potentially life-threatening illnesses as a fear-versus-fact, emotion-versus-evidence argument fueled by nonscientific misinformation.

Smaller but seemingly louder groups — known as "anti-vaxxers" — counter by decrying the safety and effectiveness of vaccines and questioning the motives of those who advocate vaccination.

Rush University Medical Center pediatric specialists speak daily with parents who express their fears and beliefs about vaccines. We asked two Rush experts to comment on seven reasons parents often give for not vaccinating their kids.

Fact: "There's no relationship between any vaccine and autism," says Renee Slade, MD, a pediatrician in the Rush Pediatric Primary Care Center.

The widespread fear that vaccines increase the risk of autism originated from a 1997 study whose author has since lost his medical license.

"After the study was published, it came out that the main author had a financial incentive for the study to be published," Slade says. "After more was learned about the study, the other authors removed their names. That study has also been debunked by many other studies that used larger groups of children."

The causes of autism and autism spectrum disorders have never been established. But many autism experts are increasingly convinced that autism is determined before birth — well before any vaccinations.

Myth: It's not necessary to vaccinate so early in life.

Fact: "The diseases these vaccines prevent are most deadly in the very young," says pediatric infectious disease specialist Kenneth Boyer, MD. "That's why they are recommended at the earliest ages."

Delaying vaccines until children are older simply puts infants and toddlers at greater risk for potentially life-threatening diseases such as whooping cough, measles and diphtheria.

Many parents of children under the age of 2 also question whether the increased number of recommended vaccines exposes their young kids to too many antigens — the substances in vaccines that cause the body to build resistance.

While there are more vaccines given today than a few decades ago — more than 30 during a child's first six years — the vaccines themselves are more efficient.

Myth: The vaccine schedule is too aggressive and should be spaced out.

Fact: The immunization schedule is determined by decades of medical evidence showing there's an optimal window of time when vaccines are most effective in preventing — and children are most vulnerable to — these diseases.

However, many parents feel the CDC's recommended schedule is too aggressive. So they ask their pediatricians to deliver one vaccine at a time, and at a much slower pace.

Beyond missing that window of effectiveness, Boyer notes that spacing out immunizations results in more office visits, more injections and, as a result, higher out-of-pocket expenses.

The diseases these vaccines prevent are most deadly in the very young. That's why they are recommended at the earliest ages.

Myth: Vaccinations cause the diseases that they are meant to prevent.

Fact: Vaccines don't cause diseases, and here's why: They don't contain active viruses.

Vaccines are also known as immunizations because they stimulate our immune systems to produce the antibodies needed to protect us from — or become immune to — diseases. The inactive viruses in vaccines essentially trick the immune system into thinking there's a threat so it will churn out those protective antibodies.

"Simply put, vaccines 'mimic' the diseases they prevent," Boyer says. "This induces an immunity that is both natural and long-lasting."

The process of producing antibodies can sometimes cause a low fever or minor swelling, but not the actual diseases.

Fact: It's true that vaccines do contain trace amounts of formaldehyde, mercury and aluminum.

But while the names may be scary, these additives actually make the vaccines safer. "They ensure that the vaccine is sterile, or that it's able to do its job effectively," Boyer explains. "They are only toxic in amounts far higher than the trace amounts needed for vaccines."

In fact, formaldehyde is produced at higher rates by the body's own metabolic system.

One mercury-based preservative in particular — Thimerosal — seems to cause the most concern among parents. But since it was eliminated from all pediatric vaccines in 1999, any concerns about Thimerosal today are unfounded.

Myth: The effectiveness of vaccinations has never been proven.

Depending on the vaccine, Slade says, 95 to nearly 100 percent of children will develop immunity against the targeted disease.

Countless scientific studies proving the effectiveness of vaccines can be found on websites like the Centers or Disease Control and Prevention or the American Academy of Pediatrics.

But perhaps the most compelling proof that vaccines work is history. "The number of cases for every vaccine-preventable disease plummets in the years after a vaccine for that disease is made widely available," Slade explains.

Myth: Not vaccinating my child affects only my child.

Ironically, some parents skip vaccinations because vaccines have been so effective in making diseases that once killed thousands of children each year quite rare today.

But Boyer and other experts point to recent measles and mumps outbreaks to illustrate the concept of "herd immunity."

Herd — or community — immunity means having a high enough percentage of people in a population (or herd) who are immune from a disease that that there are few susceptible people left to infect. Therefore, it's very difficult for a disease to spread.

But these recent outbreaks show that when a population dips below that amount of vaccinated people needed to prevent an illness from spreading, a disease that was nearly eradicated can resurface with a vengeance — spreading quickly and threatening many lives.

"Not getting vaccinated is like failing to stop at a four-way intersection," Boyer says. "If three people stop and one doesn't, the risk of an accident is relatively small. If two or three people don't stop, the risk is much higher to everyone at the intersection."

Renee Slade, MD, is a pediatrician with Rush University Medical Center in Chicago, Illinois. She specializes in primary and preventive...
Watch Now

As the United States sees the worst outbreak of measles in decades, doctors at Rush reaffirm the safety of vaccines...
Read More

Protect Yourself With the Flu Vaccine

Want to stay healthy this flu season? One of the best ways to protect yourself and your family during flu...
Watch Now

8 Things to Know About the HPV Vaccine

Karen Lui, MD, a pediatrician at Rush, shares eight things you should know about HPV and the vaccine.

Take steps to protect yourself and your family against both seasonal flu and HINI (also known as swine flu).

Giving antibiotics to kids isn't always the right thing to do. A pediatrician explains why.