Will We See Another COVID-19 Surge This Spring?

RUSH COVID-19 experts discuss what to expect from the new BA.2 subvariant
COVID-19
By Laura Hegwer

COVID-19 cases and hospitalizations remain low in Chicago and in other parts of the country, but cases are rising in parts of Europe and Asia, thanks to the omicron subvariant known as BA.2.

Does that mean we could see another COVID-19 surge this spring? It’s possible, because spikes in Europe tend to foreshadow trends in the United States, says Hannah Barbian, PhD, a virologist and genomic epidemiologist who is studying SARS-CoV-2 for the Regional Innovative Public Health Lab (RIPHL) at RUSH.

What we know about the BA.2 subvariant

“BA.2 has been rising globally for more than a month, and now it’s over 50% of cases in many places in Europe, Asia and Africa,” Barbian says. China is also seeing outbreaks from BA.2. “The U.S. has been lagging behind a little bit, but now we’re seeing a steady increase in BA.2 in the U.S. as well.” Wastewater samples across the country have shown this trend.

At RIPHL, Barbian developed a type of test called a rapid variant PCR assay to detect BA.2 in samples from hospitals across Chicago. During the week of March 14, Barbian estimated that BA.2 was responsible for about 15% of cases in the city, similar to projections by the Centers for Disease Control and Prevention.

Will BA.2 create a new wave of COVID-19 cases in Chicago and the rest of the country? “Many places in Europe saw increases in cases when BA.2 reached around 50% prevalence. So, if that were true for the U.S., we might see BA.2 reaching 50% prevalence in the next month or so, although it is really difficult to predict the exact timing of it,” she says. One factor that could help slow the rise of infections is warmer weather, which means more people will be meeting outdoors and reducing the likelihood of transmission.

So far, BA.2 appears to be more transmissible than the original omicron BA.1 variant, although the surge in COVID-19 abroad could also be driven by countries “opening up” and eliminating their mask mandates, Barbian says. Also, more time has passed since many people received their last vaccine or booster, which could contribute to waning immunity.

Will vaccines and treatments work against BA.2?

However, certain COVID-19 treatments, such as current monoclonal antibodies, may be less effective against BA.2 because the subvariant has about 20 mutations in its spike protein that differ from BA.1.

“Fortunately, the FDA granted emergency use authorization a few weeks ago to bebtelovimab, a monoclonal antibody with activity against BA.2,” says Mary Hayden, MD, chief of the Division of Infectious Diseases at Rush University Medical Center and co-principal investigator of RIPHL. “But given the ongoing evolution of the virus, developing monoclonal antibody therapies is like trying to hit a moving target.”

No need to worry about ‘deltacron’ yet

Although there have been several media reports about a recombinant SARS-CoV-2 virus that’s a mix of the delta and omicron variants, Barbian says such viruses are to be expected. “When two very different viruses are circulating, it’s the perfect situation to observe recombinants,” she says.

The recombinant virus doesn’t seem to be spreading or have unexpected biological properties, so Barbian doesn’t think it warrants much concern for now. “The entire spike protein of the recombinant virus is basically all omicron, which means it will function just like omicron,” she says.

Yes, there is already a BA.3 subvariant

Because viruses mutate, a BA.3 subvariant is also in global circulation, although it doesn’t seem to be spreading much, Barbian says.

But what does seem clear is that SARS-CoV-2 will never be eliminated. That’s because the virus can also infect animals like deer and mink. “Even if we eradicated it in humans, which would be an almost impossible feat, then it could just leap back into humans from the animal population,” she explains.

Are we over the COVID-19 pandemic yet?

When asked whether we’re any closer to the end of the pandemic and having COVID-19 become an endemic disease that we learn to live with indefinitely like the flu, Barbian says scientists and the public tend to define the terms differently.

“A lot of people want endemic to mean that we don’t need to wear masks ever again or that hospitals will never be swamped ever again, and that’s probably not true yet,” she says. “We’re still in the stage where there could be large outbreaks that are difficult to anticipate. An endemic virus is very predictable, and we’re not at the point yet.”

Whatever the next major variant or subvariant is, Barbian stresses that we already have the tools we need to control it. “If a new variant comes up, we may have to wear masks for a few months instead of throughout the whole year, and we may have to keep social distancing when it’s important instead of all of the time,” she says. “With every new variant, those measures will remain effective and might be necessary from time to time.”

Are you due for a COVID-19 booster so you can protect yourself and others against BA.2? Check this schedule to find out if you’re eligible. 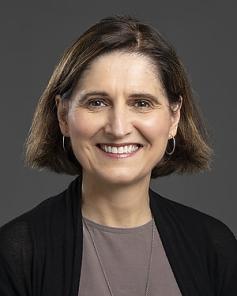 Could BA.5 Cause a Summer Surge of COVID-19?

RUSH experts explain what’s different about the variant and what...