When to Take Your Child to the Doctor

How to handle a fever or cold

Many parents worry at the first sign of illness in a child and seek medical attention right away. Your instincts are correct to want to seek help, but you may not need to run to the doctor's office right away each time the sign of a fever or cold presents itself.

A fever is one of the most common symptoms reported to doctors. A temperature of more than 100.5 degrees Fahrenheit is considered a fever. A fever is the body's response to infection and implies a healthy immune response. It is important to realize that fever itself is not a disease, it is a sign of an underlying condition.

According to the American Academy of Pediatrics, you should call the doctor if the temperature becomes higher than the maximums recommended for a child his age.

Call the doctor if:

Fevers of more than 101 degrees are most often controlled with acetaminophen. The recommended dosage is 10 to 15 mg per kg of the body weight every four hours. This medication is available as infant drops or children's liquid. Ibuprofen is equally effective in controlling fever and can be administered in doses of 5 to 10 mg per kg of body weight every six to eight hours.

One of the most common mistakes parents make is to bundle a child in layers of clothes and blankets. This conserves body heat, and heat should be allowed to dissipate from the skin surface. A child with a fever should be dressed lightly in light clothing. For temperatures more than 103 degrees, sponging with tepid water is recommended. Do not use cold water or alcohol as it results in narrowing of the vessels bringing blood to the skin. This will make the body retain heat rather than losing it.

The common cold is spread from person to person via airborne droplets containing the cold virus or via contaminated hands and or objects. A cold is most contagious from one day before to seven days after the onset of symptoms. A cold typically lasts for five to seven days in an adult and slightly longer for children. Unfortunately, young children get frequent colds and they often can overlap.

Cold symptoms tend to come on gradually, and may include a runny nose, congestion, sneezing, reduced sense of taste and smell, a scratchy throat and cough.

Call the doctor if:

In addition to rest and plenty of fluids, there are several things you can do to keep your child more comfortable while they are recovering from a cold. Clear a child's runny nose by using a nasal aspirator or place a vaporizer in the room. Keep their face clean as infections of the face can occur as a result of prolonged exposure to nasal secretions.

Get your doctor's approval before administering any cold medications to an infant. Oral decongestants tend to be ineffective and can result in rapid heartbeat or insomnia, and antihistamines are not ineffective. The best medication for infants is a cough syrup that contains dextromethorphan (DM) to treat a frequent, dry, hacking, nonproductive cough.

If you are ever in doubt about your child's symptoms or health, it is always best to call your doctor. 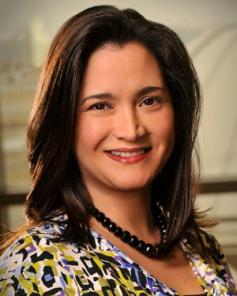