West Side United Gives Community a Seat at the Table

East Garfield Park native Ayesha Jaco was skeptical about Rush University System for Health's ambitious ideas at first. Jaco, who created a foundation to empower West Side neighborhoods with her brother, the rapper Lupe Fiasco, had heard plenty of institutional leaders make big promises in her decades of working with young people.

But she was "blown away" when David Ansell, MD, Rush's senior vice president for community health equity, described "the death gap" that exists between residents of Chicago's underinvested and underrepresented mostly Black West Side and the mostly white upperclass who live in the Loop.

"It shook me to the core in a good way," Jaco said. "I wanted to do something a bit more impactful."

Jaco was also taken by how the hospital leaders lent "urgency and intentionality" to their plans to redirect their resources to make meaningful change. And she watched as hospital CEOs, bankers and decision-makers held community listening sessions and asked local people to sit at the table with them. The effort has grown to include nonprofits, businesses, government agencies and faith communities, too.

Now, Jaco serves as the executive director of this group that Rush incubated.

West Side United's growth and impact on Chicago's West Side stands as a national example of strong, bidirectional coordination with the communities a hospital serves, according to Rush University Provost Susan Freeman, MD, MS who serves as co-director of the Rush BMO Institute for Health Equity with Ansell. The institute was created in May to coordinate, scale and sustain all of Rush's health equity programs.

"Hospital leaders have long recognized the need to address the social forces and factors at the root of so many discrepant health outcomes. But while so many health systems are just starting to ask, ‘How can we address health disparities?,' our work with West Side United means Rush and our community partners are already doing just that."

To better address those root causes, West Side United helps local businesses and non-profit groups stay viable and trains local residents for skilled, high-paying jobs. This dedication has drawn the attention of community leaders and celebrities.

And when Chicago Mayor Lori Lightfoot announced steps to address the disproportionate impact COVID was having on Black neighborhoods, she asked Jaco to help lead the city's Racial Equity Rapid Response Team.

A history of service in Chicago

Prior to joining West Side United, Jaco spent seven years as the executive director of her brother's eponymous foundation. (The Grammy Award-winning rapper's given name is Wasalu Muhammad Jaco.) The Jaco siblings' work stemmed from their parents' examples as community development and non-profit management leaders.

Their mother, Shirley Jaco, shared her experiences growing up in the Mississippi Delta facing severe racial, food-access and healthcare disparities. Their father, the late Gregory Jaco, was a prolific African drummer and operating plant engineer at Northwestern Hospital, who leveraged his martial arts expertise to open karate schools in Bronzeville, North Lawndale and South Shore.

"His mantra was to make your community better than you found it," Ayesha Jaco said.

Ayesha Jaco has done just that.

Under Jaco's leadership, West Side United's next step is to incorporate as a nonprofit, with Rush remaining significantly involved. This move will position WSU for even greater impact as an "honest broker," bringing together hospitals and residents themselves for collective impact.

It aims to continue its role as a racial equity rapid response team, helping businesses and community organizations with minimal resources stay afloat. Through a partnership with the Chicago Department of Public Health, it helps ensure people have food, housing and community safety.

Years of community-based partnerships like West Side United are also proving to be vital components of Rush's COVID vaccine efforts. The trust and presence of West Side United helped Rush vaccinate more than 3,000 Austin residents earlier this year.

"Because of their history and trust created, Rush was able to come and vaccinate 3,000 people in Austin," said Rev. James Borishade of Circle Urban Ministries. "The trust and friendships were already there.

But the work is just beginning. "Although a tremendous amount of health equity work has been done at Rush, in Chicago and elsewhere, we still have enormous disparities in the way we deliver care, the way people access care and in our healthcare culture," Freeman noted.

"But this work is baked into the DNA of Rush. It's foundational to who we are. We live and breathe this work because we understand the profound impact it has on our communities. It's always on our minds because of the community we are a part of and serve."

Angela Taylor, a life long West Side resident and community champion, has been part of West Side United since the start. She says Rush officials have proven to be "great listeners" who act on their commitments and who have shown they're dedicated to the West Side's revitalization long-term.

"When community residents shared great ideas, the Rush [West Side United] folks weren't going to set them on the shelf," Taylor said. "They said, ‘It's time. Let's get things moving so that change can come.'" 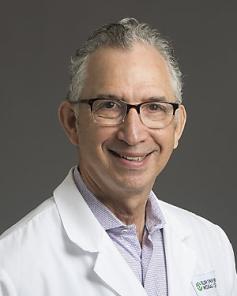 This month offers us the opportunity to reflect on the richness...
Community — September 9, 2021