Grateful family inspired to help others with kidney disease

Tony Ruggiero looked like the picture of good health. Into his 70s, Tony, a retired radio personality, kept in shape by walking on the treadmill every day and stayed involved in his family’s real estate business. But about five years ago, what started with more frequent trips to the restroom became signs of chronic kidney disease. His energy plummeted, his skin color changed and he had kidney failure, resulting in daily dialysis treatments.

“Dialysis isn’t for life,” he said. “It certainly helped keep me going, but it also wore me out in other ways.”

Tony started researching kidney experts in Chicago and across the country and found that Vasil Peev, MD, division chief of nephrology at Rush University Medical Center, and the entire Rush program are among the best in the country. After Dr. Peev’s physical exam, he added him to the transplant list, and he anxiously waited for a kidney to become available. After two years, a cadaver kidney did become available, and within 12 hours, Tony was in surgery with Oyedolamu K. Olaitan, MBBS, assistant professor of surgery and urology, who performed the transplant.

“They saved his life,” said Chatka Ruggiero, Tony’s wife. “And two days after he was released from the hospital, he was up and shopping at Jewel and talking about what an amazing surgeon he had who performed the transplant.”

“I could not say enough about Rush after my experience,” Tony said. “The nurses were the finest I’ve encountered, and I barely have a scar from where Dr. O performed the transplant. My wife and I have been involved with hospitals for some time, and we know the difference.”

Based on their experience, Chatka and Tony decided to support kidney disease research at Rush.

“I told the Ruggieros we have a reputable and productive lab that needs more resources to bring a promising discovery to the next level,” Dr. Peev said. “This work can make a difference for countless people who will otherwise need transplants without more sophisticated approaches.”

'We need to make inroads'

The lab Peev referred to is under the directorship of Jochen Reiser, MD PhD, chairperson of Rush’s Department of Internal Medicine. Research over the past decade by Reiser’s group has found that elevated bloodstream levels of a protein called suPAR are an early sign that a person may develop kidney disease.  The first of Reiser’s recruits after he arrived at Rush, Eunsil Hahm, PhD, now an assistant professor of internal medicine and nephrology researcher, has added to this research by identifying the cellular source of suPAR. Recently Hahm and her colleagues found that a protein called ICOSL also becomes elevated in the kidney to counterbalance the harmful action of suPAR. With further research into these early warning signs, such as limiting suPAR and enhancing ICOSL signals, they aim to create treatments that can address the condition long before it becomes debilitating and life-threatening.

“The fact that they have identified signs of kidney disease long before the condition really takes hold is remarkable,” said Chatka Ruggiero. “Tony, like many others, only found out he had it after it became serious. We need to make inroads somehow. We feel Dr. Hahm’s research, and that of her colleagues at Rush, is exactly that inroad.”

To learn more about supporting kidney research at Rush, please contact Anthony D'Andrea at (312) 563-9059 and anthony_d'andrea@rush.edu. 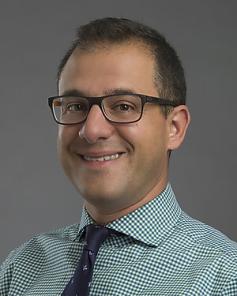 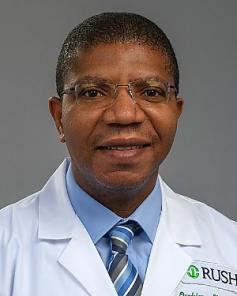