Taking Paxlovid for COVID-19: What To Expect

Benefits, side effects and more about this increasingly common COVID-19 treatment
COVID-19
By Laura Hegwer

If you notice a nasty taste in your mouth after taking the antiviral pill Paxlovid for COVID-19, you’re not imagining it.

“About 5.6% of people who took Paxlovid in a study reported dysgeusia, which is a change in the taste in your mouth,” says Shivanjali Shankaran, MD, an infectious disease specialist at RUSH.

People who get what’s being called “Paxlovid mouth” often notice a bitter or metallic taste in their mouth shortly after taking their first set of pills. Other more colorful descriptions have been reported in the media.

“Fortunately, the bad taste goes away once you stop the medication and it gets out of your system,” Shankaran says.

Having a bad taste in your mouth may be a small price to pay for the benefits of taking the antiviral if you are at high risk for severe COVID-19. The drug has been shown to reduce the risk of hospitalization and death from COVID-19 by 88% if taken within five days of getting symptoms.

Despite Paxlovid’s efficacy, the Centers for Disease Control and Prevention has reported that some patients who take the antiviral may experience a “rebound effect” within the first week after their recovery.

You may have a rebound if you notice mild COVID-19 symptoms briefly return. You can also have a positive COVID-19 test after having a negative test. However, the CDC noted that the rebound effect may happen whether or not someone takes Paxlovid.

“During the initial study on Paxlovid, they found a small percentage of people in both the group taking Paxlovid and the group taking the placebo had a positive COVID-19 test a few days later. So, it’s hard to say that this rebound is purely because of the drug,” Shankaran says. However, one theory is that the drug may be given to some people before the virus has replicated and spread through their body. “It may be that the body hasn’t had an opportunity to ‘see’ the virus and produce the antibodies yet, and that’s why some people have a rebound,” she explains.

It’s not clear if some patients may be more likely to have a rebound effect, but Shankaran suspects the elderly and those with weakened immune systems may be most at risk because their bodies may not produce enough antibodies.

If you experience a rebound of COVID-19, CDC says you can reduce your risk of transmitting the virus to others by wearing a mask and following their advice on isolation. These recommendations apply whether you take an antiviral for COVID-19 or not.

It’s hard to know for sure how well Paxlovid works against the latest omicron variants, including the now dominant BA.2.12.1, given that most of the research on the drug is a year old, Shankaran says.

“The studies were all done with prior variants, but we believe the medication still has efficacy against the newer variants because they affect the protease enzyme that the coronavirus needs to replicate, and this hasn’t changed with the many mutations of omicron,” she says. “Additionally, the company that produces the drug performed in vitro studies, which showed it maintained its efficacy against the omicron variant.” In her practice, patients typically say their COVID-19 symptoms start improving within a day or two of starting Paxlovid.

Who can take Paxlovid

Paxlovid, a combination of the drugs nirmatrelvir and ritonavir, can be prescribed for people 12 and older who are at risk for severe COVID-19. This includes those with cancer, heart disease, obesity and a range of other conditions.

To be effective, Paxlovid must be started within five days of symptoms appearing. Treatment involves taking three pills, twice a day for five days.

However, Paxlovid is not for everyone, including people with severe kidney disease. Paxlovid can also interact with many drugs, so some people may need to reduce their dosage of certain medications or temporarily halt them while they are taking the antiviral. For people who aren’t candidates for Paxlovid, either a monoclonal antibody or another antiviral pill called molnupiravir may be better options, Shankaran says.

Where to find COVID-19 treatments

Considering that nearly 80,000 people took Paxlovid during just one week in April, the drug’s availability has significantly improved since January. However, it’s still not available at every pharmacy, and you need a prescription from a provider, Shankaran says.

RUSH carries Paxlovid in the Rush Professional Building Pharmacy. The U.S. government also maintains a COVID-19 therapeutics locator that can help you and your doctor find Paxlovid and other treatments near you.

If you think you might have COVID-19, Shankaran recommends testing as soon as possible especially if you are a candidate for Paxlovid.

If you think you might have COVID-19, Rush On Demand offers variety of ways to reach a provider, including same-day appointments. 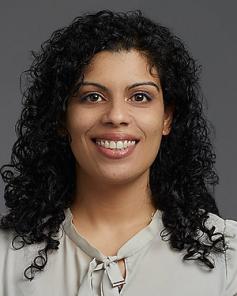 What Are We Learning About Long COVID?

A RUSH physician-researcher explains the latest findings and what...
COVID-19 — September 16, 2022

If it’s been two months since your last vaccine or booster dose,...