Someone in the U.S. commits suicide every 11 minutes
Mental & Behavioral Health

Every 11 minutes of every day, someone in the U.S. commits suicide. Many of those deaths are preventable.

Depression is a serious brain disorder, and more than just “feeling down” or “blue.” It’s a persistent problem that affects everyday life. Depression can lead to thoughts of suicide and suicide attempts.

"Untreated depression can lead to a number of complications including increased alcohol and substance abuse, loss of employment and productivity, and difficulties in interpersonal relationships resulting in social impairments such as divorce and physical abuse," says Robert Shulman, MD, a psychiatrist at Rush University Medical Center. "Patients suffer, but their loved ones suffer as well.  Ultimately, suicide is the among the greatest reasons not to ignore depression."

“This is a treatable illness. People shouldn’t have the false assumption that they have to live their life like this,” adds John Zajecka, MD, clinical director of the Women’s Board Depression Treatment and Research Center at Rush. He is helping lead a national study of a new form of treatment to see if it can reduce depression symptoms, including suicidal ideation, quickly.

And suicide’s toll can’t be measured in deaths alone. The CDC reports that an estimated 1.2 million attempted suicide in 2020 and about 12.2 million adults had suicidal thoughts during that period.

Suicide is a danger for all ages: In 2020, it was the second leading cause of death for people ages 1 to 44, according to the CDC.

Adolescents’ high risk of suicide is part of the reason why the U.S. Preventive Services Task Force issued a draft recommendation that children ages 12 to 18 be screened for major depressive disorder.

With better screening for suicidal thoughts among patients at all ages, it could help prevent suicides. Most people who kill themselves had interactions with some kind of medical professional in the months immediately before the suicide.

"Access to care and participation in treatment is the most important factor in preventing suicide," Shulman says. "This is why hotlines and crisis intervention programs have been establish for those who are not near to immediate care. Offering a listening ear, a supportive manner that doesn’t judge, a means to unburden a person’s despair can start a path toward healing."

Barriers to access mental health care remain, despite the passage of the Affordable Care Act and the Mental Health Parity and Addiction Equity Act of 2008, which required that insurers’ mental health coverage be comparable to other medical coverage.

About one-third of people the U.S. find mental health care inaccessible, and more than four in 10 see cost as a barrier to treatment, according to a study released at the beginning of September by the ADAA, AFSP and the National Action Alliance for Suicide Prevention.

Risk factors, warning signs and what to do

Access to mental health services is critical, given that more than 90% of people who commit suicide are suffering from at least one psychiatric disorder such as depression, bipolar disorder, anxiety disorder and abuse of alcohol and/or other drugs, according to the AFSP.

People who have attempted suicide in the past are at greater risk to do it in the future. Individuals who have contemplated particular means for killing themselves — including those with ready access to firearms or those who have stockpiled pills — are at particular risk.

Further, those who talk about life not being worth living, being a burden. wishing they were dead. or plans to harm themselves are in danger of harming themselves. According to the AFSP, somewhere between 50% and 75% of people who commit suicide give warnings to someone beforehand.

"The single most relevant statement I can make about suicide prevention is that the feelings that drive suicidal thought — depression, shame, despair can change. Feelings change," Shulman explains. "They change with the help of therapy, medications, and friendship so that one knows they are not alone."

If someone is expressing suicidal thoughts and feelings, refer the person for help immediately. There are a number of resources, including the National Suicide Prevention Hotline (call or text 988).

For more information regarding suicide prevention, the National Alliance on Mental Illness website has a variety of resources for both awareness and crisis situations. 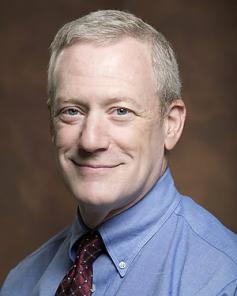 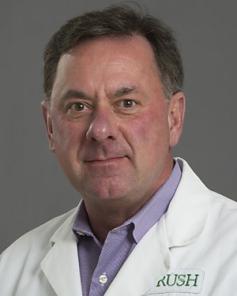