In the fall of 2019, when Robert Craig came to Rush treatment of a herniated disc in his lower spine, he was extremely worried about his surgery — despite being in almost constant, crippling pain.

"I was walking right away. I had some soreness from the surgery, but the nerve pain was gone. I was back to work within a week," he says. "If I'd known how easy this would be, and how I would feel afterwards, I would have done it years ago. What a difference!"

"Craig came to me at a great time,” Singh says. “At Rush, we're doing these surgeries minimally invasively; we've developed a "multimodal" pain relief protocol to minimize surgical pain while limiting and, in some cases, eliminating the use of narcotics; and we're discharging these patients home the day of surgery."

All of these efforts add up to faster recovery and less downtime.

Craig says he can see now that he put off surgery much longer than he should have. The active 54-year-old real estate agent had injured his back more than once over the years with strenuous exercise, and most recently hurt himself lifting kettlebells.

In a healthy spine, rubbery discs sit between most vertebrae. But after an injury, or as a result of degeneration caused by aging, genetics or both, a disc can burst, or herniate. This happens most commonly in the lumbar, or lower, spine. Then, the gel-like cushion inside the disc can escape and compress nearby nerves, causing pain, numbness or weakness down the leg. Leg pain was Craig's chief symptom.

A herniated disc may respond to medication or physical therapy, but if the pain is severe, patients often choose to have the disc removed. Craig tried a number of therapies for his herniated disc, but the pain eventually got so bad he wasn't able to walk comfortably; physical therapy only served to aggravate the condition. Still, he avoided going to see a surgeon.

Taking the fear out of spine surgery

In that respect, Craig was far from alone.

Lumbar discectomy, the surgery to remove a herniated disc in the lower back, is a common procedure, but in the past, it required an "open" surgery. Skin and muscle were cut away from the back to give the surgeon access to the spine. Pain was a major factor, necessitating a substantial drug regimen, often including the use of opioids for many weeks. Emergency blood transfusions and post-operative infections were common. Healing took a long time. Patients were typically hospitalized for one to several days, and away from work up for up to two months.

At Rush, Singh and other innovators have established groundbreaking protocols to transform surgeries like discectomies from the ordeal they once were into relatively simple outpatient procedures. For instance, Rush anesthesiologist Asokumar Buvanendran, MD, has developed pain relief protocols in which non-narcotic drugs are given to patients at different points along the pain pathway. This approach reduces both the need for traditional opioid-based post-operative drug regimens,; and recovery times from surgical anesthesia.

Singh now exclusively performs minimally invasive spinal surgeries no matter the medical and surgical history. The only limiting factor for being discharged the same day is the medical history that may necessitate observation for 23 hours in the hospital. Small skin incisions, microscopic tools and cutting-edge minimally invasive techniques preserve the muscle; eliminate blood loss and the possibility of infection; and, together with multimodal anesthesia, curtail pain.

"The outcomes are better and the risks have gone down exponentially," Singh says.

‘This has to be done’

Craig heard about Rush’s spine surgery program from a work colleague who said he had a great experience with Singh with a different type of minimally invasive spine surgery. Craig also got a positive report on Singh from a neighbor who is a physician at Rush.

"They both said, 'Kern is the guy to go to,' " Craig recalls. Meanwhile, the pain in his right leg had become so bad that he finally decided he had to try surgery. "I thought, 'I can't even walk anymore, I can't live my life, I won't be able to play with my daughter. This has to be done.' "

Craig’s surgery, done microscopically through an incision less than an inch long, took less than an hour. Craig also benefitted from Rush's pain relief protocol, which began even before the surgery.

"You give the medication before pain starts, because once you have pain, you become hypersensitive to more pain," Singh says.

Craig was on his way home with his wife that afternoon. "It was very easy and very fast," he says. Craig said he took only a couple of his prescribed pain pills at home, and then only to help him sleep. "The pain was not that bad," he says. After an initial recovery period of several days, he had a few sessions with a physical therapist, who gave him an exercise regime to practice at home.

Craig says he would send anyone enduring the pain of a herniated disc to Singh. "Surgery is surgery, but I went through it, and he's amazing. I was extremely happy with the whole process."

Surgeries like Craig's now routinely take place in the SurgiCenter at Rush Oak Brook, which Singh says combines the amenities of a premium hotel with the cutting-edge technology required for minimally invasive surgery.

"Surgery at Rush Oak Brook is a phenomenal, patient-focused experience, from check-in to discharge. It's seamless," Singh says. "Rush is willing to be a pioneer and tailor the way we do things for the benefit of the patients. That has allowed us to be the most flexible and nimble, and to adapt to newer techniques." 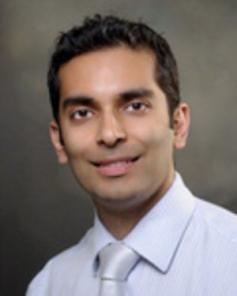