Rhett Burgess had a feeling something wasn’t quite right. Even getting out of bed in the morning left the normally active, athletic baseball player short of breath.

“I did not understand it and just felt so out of shape,” he recalls.

The Rome, Georgia, nursing student’s suspicions were confirmed at his doctor’s office, where he learned that something was amiss in the lower left chamber of his heart. Tests showed his ejection fraction — a measurement of how much blood the left ventricle pumps with each heartbeat — had dropped by 20%.

Heart issues weren’t new to Rhett. He already had a pacemaker due to complications from previous treatment for an abnormally fast heartbeat. And he was aware that traditional pacing, which involved placing a lead in the right ventricle, could eventually cause side effects like his weakened left ventricle.

While researching his condition online, Rhett had come across a video featuring Rush electrophysiologist Parik Sharma, MD, who specializes in an innovative approach called His bundle pacing.

It involves placing permanent pacemaker leads at the His bundle — part of the heart’s normal electrical wiring system — instead of in the right ventricle. Directly stimulating the His bundle can help synchronize the right and left ventricles and avoid the potential problems with the traditional approach.

“I watched Dr. Sharma discuss bundle of His pacing and how it can be better,” he says. “The idea was brilliant, and I thought if I ever had my ejection fraction drop due to right ventricular pacing, that I would see him for sure.”

“I was not so worried about anything else other than getting my heart better.”

So, when that happened, Rhett called Sharma’s office immediately and started making plans to travel to Chicago, COVID-19 notwithstanding.

“I was not so worried about anything else other than getting my heart better,” he says.

He was a little nervous about surgery, not to mention hopping on a plane for the first time. Nevertheless, he says, “I knew I was making the right decision.”

After the procedure, which happened the day after his 21st birthday, Rhett says he felt “instantly better.”

Sharma describes Rhett as a "great guy” who had thoroughly studied his condition and was “very motivated about his heart health.”

“I am glad we were able to help his heart get stronger and help him feel better with this innovative therapy,” Sharma says.

Rhett, meanwhile, says he would recommend the procedure to anyone in the same situation.

“I would say do not hesitate to come to Dr. Sharma,” he says. “He is someone who loves his work and wants to help his patients. He is one of a kind and is the best doctor I have ever been with.”

While he’s been focusing on nursing, Rhett eventually hopes to go to medical school and, he says, “make an impact on patients with the same health problems as myself.” 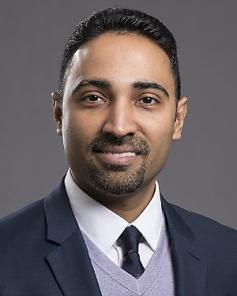