In December 2019, 59-year-old Paula Kay was seeing a play in downtown Chicago when she noticed that she couldn’t walk half a block without feeling out of breath.

The concern urged her to make an appointment with her primary care physician. In the meantime, her symptoms got worse.

“I couldn’t breathe, I couldn’t talk and I couldn’t walk — I would have anxiety attacks,” she says. “The thought of not having air to breathe was frightening.”

Later that month, Paula went to her appointment with her primary care physician, who sent her to the emergency room to have tests done on her heart. She was immediately admitted to the hospital and diagnosed with congestive heart failure.

Paula’s care team put her on heart failure medication; however, her symptoms did not improve.

By June 2020, her cardiologist implanted a pacemaker defibrillator — a device implanted in the chest or abdomen that uses electrical pulses to prompt the heart to beat at a normal rate.

Although the pacemaker supported Paula’s heart, she was still short of breath and experiencing severe episodes of congestive heart failure. That’s when her cardiologist referred her for heart care at Rush University Medical Center in Chicago, which specializes in complex care for advanced heart failure.

Paula made an appointment with Rush’s heart failure team. When she arrived, her blood pressure was abnormally low and she was admitted to the hospital for further evaluation and monitoring. The team at Rush later diagnosed her with an idiopathic cardiomyopathy, an irreversible form of advanced heart failure.

“I had a hard time processing that I had heart failure and what it meant for my life,” Paula says. “It was a lot to take in.”

Advanced technology that led to change

In advanced stages of heart failure, when medical management is no longer effective, a ventricular assist device (VAD) can be an option. A VAD is a mechanical pump that supports the heart’s pumping action and circulates blood through the body.

Due to the state of Paula’s heart, her care team considered implanting a VAD to address her heart failure symptoms and improve the quality of her life.

To evaluate whether she would be a candidate for the implant, Paula went through multiple tests on her heart — including CT scans, echocardiograms and a right-heart catheterization.

Paula was also introduced to Kerry Shanklin, NP, a VAD coordinator, who monitored (and continues to monitor) her heart at every exam and procedure, and who educated her on VADs and the implantation procedure.

“Kerry took the time to answer all my questions,” Paula says. “She was very patient with me and my caretaker, and made sure we understood everything, so I could make an informed decision.”

After the evaluation, the multidisciplinary advanced heart failure team — including cardiologists, cardiac surgeons, social workers, dietitians and others — met to discuss Paula’s case. Ultimately, they decided that the best course of treatment was to implant a heart pump, specifically a left ventricular device (LVAD).

“I felt like I had the experts and tools to move forward,” Paula says. “I made the decision because I wanted a better quality of life — and this was my opportunity.”

The procedure involves implanting the device in the heart’s ventricle, and an attached tube routes the blood. Also, a cable connects from the pump through the skin (often near the abdomen) to a controller. The controller and its power source are outside of the body, and patients typically wear a small bag to disguise the equipment.

“Essentially, this pump takes over the function of Paula’s heart — it doesn’t replace it,” Tatooles says. “Instead of her heart pumping the blood around, she has a machine that's pumping the blood and supporting the heart’s function.”

Paula’s procedure was successful and she only experienced a few complications post-operation and was later discharged from the hospital.

“I think the stigma of heart failure in women is a serious cause of complications and mortality in women,” Tatooles says. “Further educating our medical colleagues on heart disease in women and offering the advanced therapies is an important message for our medical community — and to the public.”

He adds that the advances made to VADs in the past 20 years, such as size options and durability, have contributed to the progress in using VADs in women.

“Paula, and many women like Paula, wouldn't be with us today if it weren't for the technology that she's connected to,” Tatooles says.

A known adverse event that can occur in a small number of patients with VADs is a gastrointestinal bleed.

And in October, a week after being discharged post-surgery, Paula’s caretaker found her unresponsive in her home and she was flown by helicopter to Rush. She was admitted to the hospital, and was put on medications to stabilize her symptoms. After evaluation by her care team, they found that Paula had significant bleeding in her stomach due to an ulcer in her stomach.

Paula was feeling unwell at the time but was hesitant to seek help.

“I had actually canceled a follow-up appointment because of fear that I would end up in the hospital again,” Paula says. “I definitely learned my lesson.”

Paula stayed in the hospital throughout the month of October, and worked with Fatimata Castro, a heart failure social worker at Rush, on dealing with her setback.

“Fatimata really helped me process what had happened,” Paula says. “She made me feel more comfortable with being in the hospital and made me realize that it was OK to get help.”

A look toward the future

Since the setback, Paula has been monitored for GI issues, and has not had any further complications. She is now participating in cardiac rehabilitation near her home.

“I’m slowly building up my strength and becoming more mobile,” she says. “My breathing is much better, and I have not had an anxiety attack since I started care at Rush. I’m very grateful.”

Due to her improved health, Paula’s care team is in the process of referring her for a heart transplant, a long-term solution for heart failure.

“Paula is very responsible and takes great care of herself — she is motivated to do well,” Shanklin says. “I think that this is part of the reason why we aren't seeing her back in the hospital and are able to recommend her for a heart transplant. I’m very proud of her.”

Paula sends a message to other women with heart failure and living with an LVAD.

“Women are strong and we can do anything,” Paula says. “To other women who are going through a similar experience, keep putting one foot in front of the other and remain positive. And most importantly, truly listen to and follow your doctor’s advice — it can save your life.” 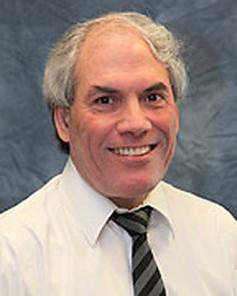 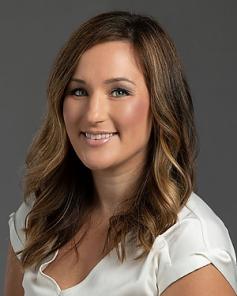 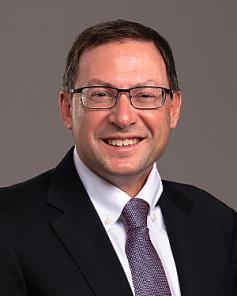