The number of young children accidentally eating cannabis edibles has soared as adults gain access to legal marijuana, according to an analysis published in the journal Pediatrics.

More than 3,000 children under age 6 were by cannabis edibles in 2021, 14 times as many as in 2017. The severity of illness increased significantly during the pandemic years of 2020 and 2021, said Antonia Nemanich, MD, RUSH emergency medicine physician and toxicologist.

Using data from the National Poison Data System, Nemanich and collaborators analyzed the number of cases, the clinical effects of the exposure, medical outcomes, treatment paths and changes in acute toxicity before and during the pandemic.

Drowsiness, lethargy, breathing problems, fast heart rate and vomiting were among the most common symptoms, the study found. Almost 2% of children had more severe central nervous system symptoms, including coma.

A typical dose of edible cannabis ranges from 2.5 to 10 milligrams of tetrahydrocannabinol, the psychoactive ingredient in cannabis, according to the study. THC can be toxic to anyone in too high a dose, and even adults are advised to eat only a small amount of a cannabis edible because the amount of THC present and how it is absorbed varies, and the effect of the drug is delayed, said Nemanich, assistant professor of emergency medicine at RUSH Medical College.

Children, because of their size and developing brains, are particularly vulnerable to cannabis, she added. Of particular concern, the products often look like candies or cookies. If, for example, a toddler finds an open package of small cannabis candy, such as gummy bears that have 2.5 milligrams of THC a piece, the level of exposure quickly escalates with each bite.

Access to cannabis in the United States continues to grow as more states legalize marijuana.

Since Jan. 1, 2020, Illinois residents can legally purchase marijuana from licensed sellers and possess cannabis-infused products with up to 500 milligrams of THC.

As an emergency physician, Nemanich had noticed an increase in accidental exposures.

“Even though I was seeing more cases coming through the ER, when we looked at the data nationwide, we were definitely surprised,” Nemanich told CNN. 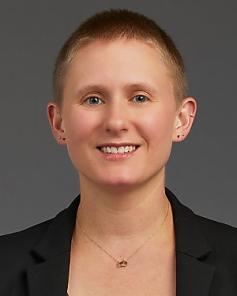 A RUSH respiratory therapist on the signs parents should watch...
Children’s Health

Why Is RSV on the Rise in Kids?

A RUSH pediatric infectious disease specialist explains how to...