As the United States sees the worst outbreak of measles in decades, doctors at Rush reaffirm the safety of vaccines and provide guidelines for getting them, including who may need a booster shot

Measles is spreading in much of the United States, with more than 700 cases of the disease reported so far this year, the worst outbreak in decades. More than 500 of them are in people who haven’t been vaccinated for measles, and about three-quarters of the cases are in children and teenagers.

“Vaccines are the best ways to prevent certain diseases, some of which are life-threatening, including measles,” says Renee Slade, MD, a physician in the Rush Pediatric Primary Care Center. “It always disappoints me when parents choose not to vaccinate their children, because study after study after study has shown the safety of vaccinations. The MMR (measles, mumps and rubella) vaccine has been used for approximately 60 years and has a proven track record of being safe and effective.”

'Every year, unvaccinated people get measles'

The United States eradicated measles in 2000, meaning that all new cases are traced to travelers infected with the disease rather than originating in the U.S. “Every year, unvaccinated people get measles while they are abroad, then bring the disease into the United States and spread it to others. Make sure you and your family are protected with MMR vaccine,” warns the federal Centers for Disease Control and Prevention.

The CDC recommends that all children receive a first dose of MMR vaccine at 12 to 15 months of age and a second dose between the ages of four and six. For travelers, the MMR vaccine is recommended for children as young as six months,“but the child will still need to get the routine doses at 12-15 months and 4 years old,” Slade says. Children over age 12 months and adults who are traveling should have two doses, at least 28 days apart.

The CDC also recommends vaccination for adults born after 1956. “If you were born before 1957, then you are considered immune. You most likely had measles as a child and therefore have lifelong immunity,” Slade says.

Adults unsure of their vaccination status should be vaccinated, as well those who were vaccinated from 1963 to 1967 (when some vaccine being used were less effective), unless medical records show they received a live measles vaccination.

Despite these recommendations, some parents have chosen to keep their children from being vaccinated, in large part due to fears that the vaccine can harm the child.  Here, Slade and other physicians at Rush share their knowledge and insights regarding measles, vaccination, and the intersection of private choice and public health.

What’s the risk for people who haven’t been vaccinated for measles?

Slade: If you haven’t been vaccinated and you come in contact with somebody who is infected with the measles, there’s a 90 percent chance of developing illness. That’s extremely contagious, and if somebody with measles coughs in the room, their respiratory secretions will hang in the air for hours.

If you get sick, you’re going to be very, very miserable for probably more than a week, with a runny nose, fevers, a rash. There’s also a chance of complications. The most common complications would be ear infection and pneumonia, but there’s a 0.1 to .2 percent chance of death. One or two in a thousand children who get the illness die. That’s a lot.

Jennifer Earvolino, MD, medical director of Earvolino and Associates, a primary care practice at Rush: We get lulled into a sense of security that we can treat all infections; but with measles there is no specific treatment. Infected individuals can have complications such as diarrhea, pneumonia and neurologic complications, and a small percent of patients will die. I strongly encourage parents to have their children vaccinated.

Slade: Also, one dose of vaccine works in about 93 percent of people, and two doses are 97 to 99 percent effective.  So there is a 1 to 3 percent risk that even if you were vaccinated appropriately and you are exposed to someone with measles, then you could still get the measles.

If I’m vaccinated and my kids are vaccinated, why does it matter if someone else doesn’t vaccinate their kids?

Slade: Babies less than 12 months old aren’t vaccinated. If there’s a baby in your family, there’s someone who’s not protected. You want all the people in your community to be protected. It’s why herd immunity [achieving a sufficient number of vaccinated people to prevent the illness from spreading] is important.

Paul Kent, MD, a Rush pediatric oncologist: A kid with cancer will die if he gets the measles. Even my cancer patients who are vaccinated for the measles are only somewhat protected if they are on chemotherapy, because their immune systems are so suppressed.

Can’t we just keep the sick kids at home?

Kent: Patients with measles are infectious for four days before they have symptoms, so we can't just say ‘keep your unimmunized kids away if they have a fever or are sick.’ They may look and feel fine and still pass it to someone else.

What do you say to reassure parents who are worried about the side effects of vaccines?

Slade: I tell people I vaccinate my own children. I vaccinated both of my children according to the guidelines, because study after study demonstrate that vaccines are both safe and effective.  The measles vaccine has been around for approximately 60 years; it’s one of the vaccines that we have the most experience with. Immunization is a simple way to teach the immune system to recognize specific germs, so when that germ – such as measles – shows up, the immune system knows how to fight it

Is there anyone who shouldn’t get the vaccine?

Slade: People can’t get the vaccine if they have a severe (anaphylactic) allergy to neomycin, gelatin or any component of the vaccine. Also, anyone who is immunocompromised shouldn't get it.

Earvolino: If you are a women of childbearing age, you cannot get the vaccine while you are pregnant. You must be vaccinated at least 28 days before you become pregnant or wait until after a pregnancy.

If it’s safe for all but those few people, why are so many people not allowing their children to be vaccinated?

Slade: There was one study, published approximately 20 years ago, that caused public concern about the safety of MMR. This study was found to be fraudulent and retracted shortly after publication. Still, anti-vaccine communities continue to use various tactics to scare the public about vaccine safety. However, over the past 20 years, multiple large and scientifically sound studies have provided evidence of the safety and efficacy of MMR vaccine, as well as other vaccines.

(Russian online meddling also may be a contributing factor. Study findings published last week by the American Journal of Public Health found that automated accounts and Russian trolls stoked both the pro- and anti-vaccine sides of the issue from 2014 to last year, possibly to cause social conflict in the U.S. “Accounts masquerading as legitimate users create false equivalency, eroding public consensus on vaccination,” the authors of the research paper wrote.) 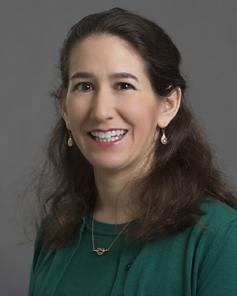 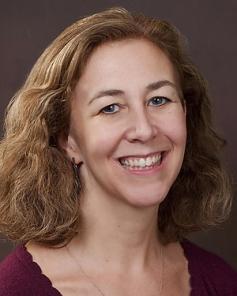 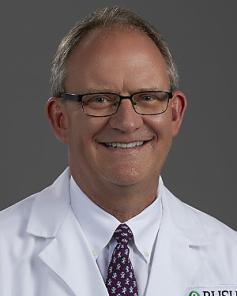