Even as kids head back to school, many of them may spend more time plugged into media than they spend in the classroom.

Indeed, a large study by the Kaiser Family Foundation found that Americans between 8 and 18 years old spend an average of seven and a half hours each day with entertainment media.

During most of those hours, kids are looking at screens — on televisions, computers, iPods and an expanding array of other gadgets. Austin Hanrahan, MD, a pediatrician at Rush University Medical Center, explains how much screen time is too much and what parents should do about it.

Q: How big a problem is screen time?

Hanrahan: It's a very big problem. There have been many, many studies demonstrating the negative aspects of TV, Internet and movies. We're talking about problems like decreased physical activity, difficulties with attention at school, increased early promiscuity, increased aggressiveness. It's a long list.

Q: Is any screen time okay? Where should parents draw the line?

Hanrahan: The American Academy of Pediatrics has a couple of simple guidelines.

It's also important to avoid having TVs in children's bedrooms.

Q: Are all screens created equal?

Hanrahan: No, they're not. The current belief among many experts is that video games are actually superior to television programs and to surfing the Internet, since they allow children to be more interactive and to actually be thinking a little bit more while they're playing, as opposed to just sitting and watching.

Also, it depends on what they watch. Although video games would be potentially a better choice, there are a lot of violent video games, so parents need to monitor the content.

Q: What if a child needs to use the Internet for homework? Is that as bad as using it for entertainment?

Hanrahan: No, generally it's not. It goes back to content. There are educational shows on TV, excellent educational tools on the Internet and positive video games. And it's just a matter of finding those and using your two hours for that.

Q: What strategies do you recommend for limiting kids' screen time?

We recommend not just limiting the number of hours, but finding out what your kids watch and talking to them about it. That includes the commercials — a lot of times the commercials that play during children's programs can contain violence or promote unhealthy foods.

I also encourage parents to talk to their kids about reading or picking up a hobby that doesn't involve the TV or Internet. Technologies and methods of communication keep expanding, but the constant remains that there are still other things to do. 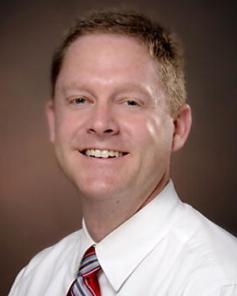