James Conners, MD, MS, FAHA, has been appointed chairperson of the Department of Neurological Sciences for Rush University Medical Center. He assumes this post after serving as interim chair and following an extensive national search.

Conners joined the Rush community in 2010. He has served as medical director of the Comprehensive Stroke Center since 2011 and as chief of the Section of Cerebrovascular Diseases since 2012. He has led the clinical operations of the Department of Neurological Sciences since March 2019.

Conners takes the helm of a department renowned for its clinical, research and academic strength. Last year, U.S. News & World Report magazine ranked Rush University Medical Center’s Neurology and Neurosurgery program No. 4 in the country. Under Conners’ direction, Rush’s stroke program has garnered national recognition for its telestroke and mobile stroke programs as well as being consistently awarded highest honors from the American Heart Association.

Since taking the helm as interim chair in August 2020 and throughout the pandemic, Conners has dedicated significant effort to research on the neurological effects of COVID-19 in hospitalized patients. His overall leadership is key to the department’s strong recovery from the pandemic, positioning it for a successful return to normal operations.

Conners received his medical degree from the University of Illinois College of Medicine at Chicago and a master’s degree in neuroscience from Loyola University, where his research focused on neuronal regeneration. He completed his neurology residency and vascular neurology fellowship at Northwestern University Feinberg School of Medicine.

He is associate professor of neurological sciences, Rush Medical College, and the recipient of the 2020-2021 Rush Faculty Excellence Award for Excellence in Clinical Service. Conners is a fellow of the American Heart Association. 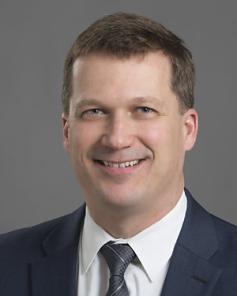