A Higher Level of Mentorship

When Miral Jhaveri, MD, first came to Rush in 1999 to observe the work of Michael Huckman, MD, he soon found that Huckman cared deeply about the people around him. Huckman, who started his career as a radiologist at Rush in 1970, personally saw to it that Jhaveri and his wife could overcome challenging requirements for them both to move from India to the United States to work at Rush.

“After my first year working in a fellowship under Huckman, he went to the Illinois Department of Professional Regulations himself to make sure I could come back for a second fellowship year, which hadn’t been done before,” said Jhaveri, who now serves in Huckman’s former role as the director of Rush’s Section of Neuroradiology. “He opened so many doors for my wife and me. He changed both of our lives in the best possible way.”

When Huckman began his career as a radiologist at Rush in 1970, CT scanning technology was still two years away from its invention. Magnetic resonance imaging, or MRI, was another five years down the road. While this technology would transform the field of radiology, it took Huckman and a devoted group of expert physicians to shepherd its introduction into clinical practice and research in these new imaging techniques, and train residents and young physicians in their application. The postgraduate course, CT of the Brain, which he organized at Rush in the mid-1970s, was the first of its kind in the U.S. and continued for 35 years.

In his venerable career, Huckman epitomized the roles of physician, professor and academic. As the longtime director of the Section of Neuroradiology, he led the clinical fellowship program at Rush and mentored dozens of students on the diagnosis and characterization of neurologic abnormalities. As an academic, Huckman conducted research into neuroimaging of degenerative brain diseases. He authored more than 140 papers, book chapters and editorials, many of which are considered seminal to the field.

Thanks to the support and leadership of Sharon Byrd, MD, the Colonel Robert R. McCormick Professor of Diagnostic Imaging and Chair of the Department of Diagnostic Radiology and Nuclear Medicine at Rush, the Michael S. Huckman, MD, Endowed Fellowship Fund was established in honor of Huckman’s legacy and commitment to medical education. Funds generated through the endowment will enable neuroradiology fellows to conduct pilot projects, publish findings in journals, participate in academic conferences, and further study and develop leading-edge diagnostic techniques.

“The Huckman endowed fund will open doors for radiologists seeking a career in academic neuroradiology,” said Jhaveri. “The fellowship will provide high-quality subspecialty neuroradiology training and avenues for neuroimaging research at a busy tertiary hospital like Rush, which has a focus on neurosciences.”

To make a gift or learn more about the endowment in honor of Huckman, please contact Roscoe Crampton, senior director of alumni giving, at (312) 942-7165 and roscoe_crampton@rush.edu. 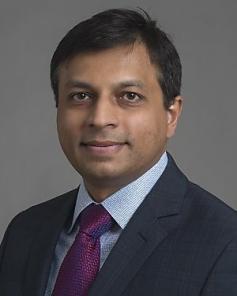 7 Tips for Success in an Online Classroom

With COVID-19 causing a surge in online education, students have had to adapt quickly. Find answers to common questions about distance learning, and tips for learning online.

Study by researchers at four major academic institutes including Rush...