Teens today are faced with a multitude of decisions that can have long-term effects on their health. Parents want their kids to make good choices about alcohol, drugs, sex, smoking, vaping and nutrition. But how can we help them do that?

Talking to kids is important, Baxter says. Though she notes that sex can be a “super awkward” topic for parents and kids, she recommends talking to kids about sex early, before they become sexually active. “Make it a normal part of life,” she says. “Use correct words — you don’t want them to be ashamed of it.” These conversations will help your kids understand the possible consequences of sex, like unwanted pregnancy and sexually transmitted infections, and ultimately give them a good foundation for making informed decisions. If you need assistance, she suggests enlisting the aid of your health care provider.

Parents and teens need to know about the dangers of sexually transmitted infections, Baxter says, as the incidence of some STIs is highest among those between the ages of 15 and 24. HPV is the most common sexually transmitted disease, and she encourages the HPV vaccine as the best way to prevent certain types of cancer and reduce HPV disease. It is recommended for kids who are 11 or 12.

Social media can be a double-edged sword for teens — presenting both risks and benefits. Benefits include help socializing and connecting with peers, finding learning opportunities and becoming engaged in social causes. Risks include having private information available publicly, exposure to inappropriate content or predators, cyberbullying and other aggressions. Studies have also found that frequent social media use may be linked to depression and other mental health problems.
Baxter recommends parents closely monitor their teens’ social media use. “Learn their platforms and watch them. Make sure you can view their posts,” she advises.

“Don’t let them be mean to people, and turn off certain location services within apps, like SnapChat or Instagram, that might allow strangers to find them.”
However, she advises keeping some location services on your teen’s phone as they can be a safety feature as well. In general, she advises being open with kids and finding a good balance. “If you punish them all the time, they won’t be open with you,” she warns.

Tobacco was once thought to be a healing product, curing wounds, disease and pain, according to Kovack. Today, smoking is the No. 1 preventable cause of death worldwide killing five million people every year.

The e-cigarette was developed in 2003 as an alternative for adults trying to quit smoking but they have become increasingly popular among teens and young adults. By 2017, one in 20 middle school students and nearly one in five high school students reported using e-cigarettes.

Many side effects and risks are associated with the use of e-cigarettes. They are highly addictive as most contain nicotine, which can harm the developing brain and impair attention, learning, mood and impulse control. Other effects include: red eyes; stuffy nose; difficulty breathing; anxiety; heart palpitations; dizziness; burns from the device exploding; poisonings from swallowing, breathing or absorbing the e-cartridge liquid through the skin or eyes; lung disease (sometimes referred to as popcorn lung); and even death. Popcorn lung causes scarring in the lungs that leads to excessive coughing and shortness of breath.

A parent of teens herself, Kovack says, “My job is to give them education so they can make good decisions.” She believes that educating teens is the best way to protect them and help them make good decisions. She cites the success of past anti-smoking ads, commercials and campaigns which resulted in decreased rates of smoking among high school students.

Kovack also recommends encouraging kids to engage in activities that are good for them and offer no adverse health impact. Some options include exercising, reading, volunteering and recreational activities.

She tells teens, “We’re not fighting against you – we’re fighting for you!” 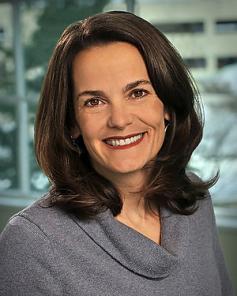