Learn why you should keep calm
Healthy Living

If you've paid any attention to the news at all, you've seen and heard dramatic stories about the outbreak of Ebola in Africa and a handful of cases diagnosed in the U.S.

Because Ebola is fatal in at least half of all cases and the symptoms are horrendous, a lot of people are alarmed by the disease.

But while it's natural to be afraid, there's no need for full-blown panic. Here, Dino Rumoro, DO, MPH, chairperson of the Rush Department of Emergency Medicine, and emergency room physician Yanina Purim-Shem-Tov, MD, explain why.

Q: Are you worried now that Ebola has appeared in the U.S.?

Rumoro: There are a lot of diseases that cause us a lot of concern. In the '80s, the emergence of HIV/AIDS made health care workers very nervous as well, and yet we learned how to deal with it. Our experience dealing with other infectious diseases has prepared us to deal this disease.

One of the biggest problems in the Third World countries (like Africa) is they don't have the technology and personal protective equipment we have at hospitals in the U.S.

So while my colleagues and I are taking Ebola very seriously, we are also well-equipped to treat patients.

Q: A lot of people are concerned about getting Ebola? How is the virus spread?

Purim-Shem-Tov: Ebola is spread through direct contact with the body fluids of someone infected with the virus — and that person won't be contagious until he or she begins to exhibit symptoms. It's not spread through the air. In other words, unless a person who's already sick with Ebola gets body fluids (vomit, feces, blood, spit, sweat, etc.) on a break in your skin, or in your eyes, nose or mouth, you're not going to get Ebola.

Q: Who's at risk for Ebola?

Rumoro: Anyone who comes in direct contact with body fluids of an infected person is at risk.

While Ebola is a highly dangerous and infectious disease, health care workers can control it by using blood and body fluid precautions. We want to protect ourselves from any type of secretion. Most people will be fine wearing standard personal protective equipment (PPE) of gloves, yellow gown and mask with face shield.

For staff exposed to bodily fluids, higher levels of PPE are available. Currently, extended staff training of proper use of PPE is under way. It is also expected that standard precautions be taken by all staff including washing our hands frequently.

There's reason to exercise caution. But with the proper equipment, and if health care workers follow the rules, they'll be safe and, as a result, can keep patients and the community safe.

While my colleagues and I are taking Ebola very seriously, we are also well-equipped to treat patients.

Ebola: What You Should Know 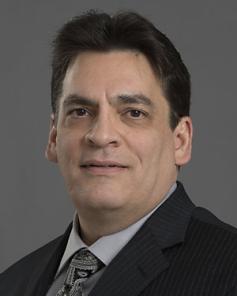 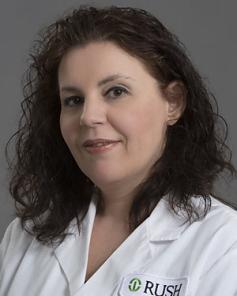 As monkeypox cases climb in Chicago, a RUSH doctor explains how...
Healthy Living

Rush is partnering with Dispatch Health to provide convenient,...