Teaming up to remove a complex tumor
Patient Stories

It’s not something you see every day — even at a world-class hospital.

Two doctors at Rush University Medical Center worked together last August in an intense, day-long operation to remove a large, cancerous tumor from behind the face of Donald Billiet, giving the retired postal worker from Kewanee, Ill., a second chance at a normal life.

"This is really a good example of interdisciplinary cooperation — not just surgically, but across a number of disciplines — to achieve a good outcome," says one of those doctors, neurosurgeon Stephan Munich, MD. In fact, getting Donald back on his feet drew on the resources of Rush's oncology, neurosurgery, ear nose and throat (ENT) and rehabilitation services.

But it all started in the operating room.

Munich and ENT surgeon Peter Papagiannopoulos, MD, had both recently completed separate, intensive fellowships at different institutions in how best to perform surgeries in the skull base, which contains the eyes and optic nerves; the olfactory bulb, where information about odors is processed; other sensory structures; the bottom of the brain's frontal lobe; and a number of critical blood vessels.

Both had performed dozens of skull-base surgeries during their fellowships, and they brought a serendipitous combination of skills to treating Donald, 70, who has Parkinson's disease (PD).

In the months before the surgery, Donald had experienced a rapid decline, becoming confused, immobilized at times and, finally, virtually unable to function. His neurologist in Peoria, Ill., diagnosed Lewy body dementia, which is sometimes associated with PD, but Donald’s wife, Linda, sought a second opinion from his primary care doctor in Kewanee.

"I wanted to be sure I'd done everything I possibly could for him," Linda says.

A magnetic resonance imaging (MRI) scan, which Donald’s primary care doctor ordered, showed a large esthesioneuroblastoma, a rare type of cancer that begins in the nasal cavity (see image at right). It was roughly the size of a peach. Ordinarily, this tumor either grows down into the nose or up into the brain, but Donald’s tumor did both. It was large, invasive and life-threatening. From OSF St. Luke Hospital in Kewanee, Donald was rushed to OSF St. Francis Medical Center in Peoria for surgery.

But the size and complexity of the tumor required both a neurosurgeon skilled in operating in and around the base of the skull, and a specialist in ear, nose and throat surgery. Donald’s nephew, a pharmacist, polled his contacts in the nearby medical community about the best place for his uncle to go. In short order, an ambulance was racing Donald more than 150 miles from western Illinois to Rush University Medical Center, near downtown Chicago.

"It was terrifying," Linda says. "We didn't know what to expect."

A complex tumor, a coordinated approach

"Mr. Billiet was very debilitated when he came to us," says Munich, who was on call that day. He was the first person from the team to meet Donald and Linda.

Behind his face, Donald’s tumor extended from one eye socket to the other and back past the pituitary gland, in the center of his brain, level with the bridge of his nose. With a small esthesioneuroblastoma, an ENT surgeon like Papagiannopoulos would simply remove it through the nostril, using an endoscope (a flexible tube with a light and camera at the tip) and tiny instruments. In Donald’s case, the surgeons would have to work in tandem, attacking the large tumor from two directions.

"Both of us would be involved from the beginning," says Munich.

This is a situation where the Rush Center for Skull Base and Pituitary Surgery excels, bringing together experienced practitioners from more than 10 medical specialties for team-based, personalized care for the full range of skull base disorders. "We're able to give a high level of coordinated care, not only for common conditions, but also for rare brain tumors like this one," says Munich.

'A lot of people in a small space'

During the eight-hour operation, Munich made an incision from ear to ear behind Donald’s hairline, pulled the scalp forward, cut a flap in the skull, went in and removed much of the tumor. Meanwhile, Papagiannopoulos went in through the nose with an endoscope, removing parts of the tumor he could reach.

"There was a lot happening at once, a lot of people in a small space," Papagiannopoulos says. "We all had to communicate and not get in one another's way."

Donald lost quite a bit of bone from the base of his skull during the surgery, and it will not grow back. It fell to both Munich and Papagiannopoulos to reconstruct the area, using connective tissue from Donald’s forehead and thigh, and mucosa from his nose, performing the reconstruction both from within the skull and below it. Although Donald will not recover his sense of smell, and his sense of taste will be altered, he and Linda were pleased with the overall outcome.

"I was worried to death how he would come through," Linda says. But when her husband came off the ventilator two days after surgery, he was able to breathe well, and he continued to improve in the days that followed. "Rehab did wonders for him. He had excellent care all around. He got whatever he needed," she says.

"Within two or three days after beginning rehab, I was walking again,” Donald adds. "Those guys and gals in rehab, they wanted me to do well as much as I wanted to do well."

Munich saw Donald the day he was discharged, and had a conversation with him that both he and the Billiets agree would not have been possible when Donald first arrived at Rush. "He's made remarkable strides," Munich says.

Esthesioneuroblastoma is a tenacious cancer, prone to return, and to spread to nearby areas like the neck. So after surgery, Donald received several radiation treatments. Papagiannopoulos will follow up with him frequently, especially for the first several months.

"We have all the trust in the world in these doctors," says Linda.

"I can't say enough about those two individuals," Donald adds. "They're a couple of really nice guys."

For Papagiannopoulos, being able to bring his newly honed skills in skull base surgery to bear in Donald’s case was truly satisfying. "This surgery really did make a positive change in his life and trajectory,” he says. “We try to give as comprehensive a picture as we can of what we're going to do, and what we hope we can achieve for the patient. The best part of my job is being able to deliver on that promise." 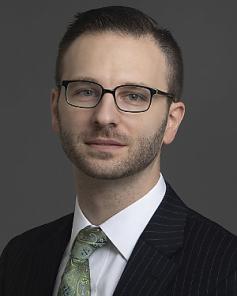 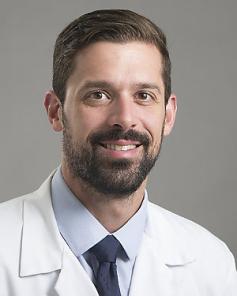