Crystal was only 33 when pain began affecting her life

Crystal Knerien was only 33 years old when her pain started. She first felt it in her knee when exercising, then in her foot. Then, the pain became constant and affected her daily life.

She could not exercise, sit at a desk or sleep. She took a short-term disability leave from her job and later was laid off. She was on five medications and antidepressants. “Even with the medications, I was in constant pain,” she said.

A Decade of Pain

For 10 years, Crystal saw doctors – about 40 of them in two different states (she moved from Georgia to Illinois in that time) – and although she received eight different diagnoses, she was told that none of them explained the severity of her pain. For pain relief, she tried injections – about 40 to 50 of them – and an “expensive, painful therapy, not covered by insurance,” where white blood cells were injected into parts of her body.

“Some worked a little while others didn’t work at all,” she said.

In 2016, she moved from Georgia to Illinois and resumed pain management therapies. After more than 10 years of pain, she felt “hopeless and desperate” – and then a spinal cord stimulator was suggested. A stimulator is an implanted device that sends low levels of electricity directly into the spinal cord to relieve pain. It is used after nonsurgical treatment options have failed to provide sufficient relief.

“Stimulators have been widely used for 20 years,” explained neurosurgeon Kevin Kelly, MD, FAANS, of Rush Copley Medical Group. The stimulator sends electricity to the spinal cord to mask the pain in the extremity. The benefits of a stimulator are that the patient is able to be more active physically, experiences less pain and has less need for narcotics, which, in turn, cuts down on problems caused by medications.

Before implanting a stimulator, a trial is done to see how it works for the patient. For one to two percent of patients, it creates a painful stimulus, Dr. Kelly says, but for most, the pain is better. The trial lasts four to seven days. If the patient feels more than 50% relief, the stimulator is put in permanently.

Dr. Kelly implanted Crystal’s stimulator in December 2017. “I woke up with no nerve pain,” she said, “and I recovered well.” Over the next 10 months, she successfully weaned off all her medications. After five months, she was able to return to work part-time. Today she works full time – at a job where she is on her feet most of the day.

“It’s amazing,” she said, “a miracle. Dr. Kelly is a perfectionist who found the exact right placement of the electrodes. It gave me my entire life back.”
Medication-Free

Dr. Kelly is one of only a few neurosurgeons in the state of Illinois to implant stimulators and says, “They are life-changing. If we can cut a patient’s pain medications in half, we consider it a success.”

In Crystal’s case, she is now medication-free and has been since the end of 2018. “I’ve resumed every bit of my life,” she said. 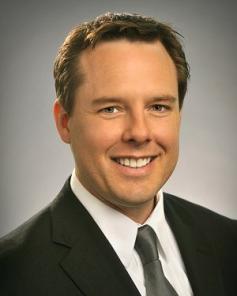 Happy to return to in-person programs at Waterford Place, Victoria...

Bill Krause traveled from Alabama to Illinois to have wrist...