Often associated with alcohol and big toes, gout has found its way into more than just a few jokes over the years.

"But for those who have it, gout is no laughing matter," says Sarah Everakes, MD, a rheumatologist at Rush University Medical Center. "It hurts … and for many, it hurts a lot."

In fact, gout is one of the most painful forms of arthritis. Here, Everakes sets the record straight with regard to gout, a condition that affects 6.1 million adults in America.

"While it seems cliché, a sore and swollen big toe can be the first sign of gout trouble," Everakes says. "But gout can be present in other areas as well, including the foot's instep, ankles, knees, wrists, fingers and elbows,"

The culprit? Uric acid. When substances known as purines — which are naturally found in the body’s tissues, as well as in beer, red wine and foods such as anchovies and red meat — break down, they produce uric acid.

Normally uric acid dissolves in the blood, travels through kidneys and exits the body via urine. This keeps uric acid at a healthy level, which is less than 6 mg/dL.

But if the body produces too much uric acid, the kidneys insufficiently eliminate uric acid or you consume too much purine-rich food, uric acid can buildup and cause trouble. Crystals can form in the joints from the surplus, causing swelling, inflammation and pain, which is commonly known as gout.

2. Gout should be taken seriously.

If you experience sudden, intense joint pain, gout may be responsible.

For some, the pain comes and goes and that's it. For others, discomfort continues for up to a few weeks. When future attacks occur, they can last even longer, with the affected joints becoming swollen and red.

"If you think you have gout, don't ignore the signs," Everakes says. "These crystals can also form in the kidneys and lead to kidney stones and, in some cases, can result in chronic kidney failure."

Many envision only older men when it comes to gout. But while it's true that nine out of 10 people with gout are in indeed men older than 40, women get gout as well.

4. Even nondrinkers get gout.

Alcohol can contribute to getting gout, but those who abstain from alcohol can suffer from it as well. Sugary beverages and obesity are known risk factors for gout, as are untreated hypertension, diabetes and a family history of gout.

Alcohol can contribute to getting gout, but those who abstain from alcohol can suffer from it as well.

To diagnose gout, doctors remove fluid from the joints and view it under a microscope to see if it contains uric acid crystals. The levels of uric acid can also be evaluated in urine and blood.

Once a diagnosis is confirmed, doctors typically prescribe medications, such as nonsteroidal anti-inflammatory drugs, to alleviate the pain and inflammation that are features of the acute attack.

Long-term treatment to prevent future attacks may include medications to block the production of uric acid, such as allopurinol (xanthine oxidase inhibitor), or to improve your body's ability to remove uric acid from your system (probenecid).

"The type of medication prescribed depends on your symptoms, your overall health and your tolerance of side effects," says Everakes. "It's important to discuss the big picture with your doctor and report any side effects you might experience."

A change of diet or weight loss might also be recommended. In short, gout is a very treatable disease as long as symptoms are recognized and appropriate evaluation and medical management are provided. 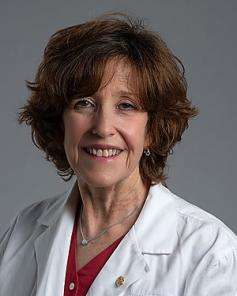 Find out more from Arif Saleem, MD, an orthopedic surgeon with...