How a Boston African Slave Helped Fight a Smallpox Epidemic 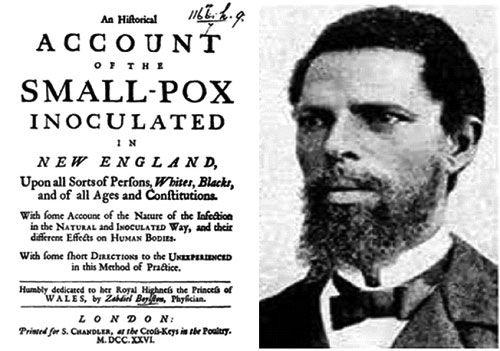 As Black History Month begins and the rollout of the COVID-19 vaccine continues, it's fitting to take a look at the historical roots of vaccines and the role an African slave played in how vaccines are used today. It's also compelling to note that the controversy surrounding vaccines has long historical roots as well.

Smallpox, a highly contagious and infectious disease, was rampant in New England and other American colonies in the early 1700s. This disease killed slaves, colonists and Native Americans alike and constantly made a home in crowded slave and cargo ships traveling from Africa and the Caribbean to Boston. In turn, it left the colonies no choice but to quarantine people and treat those who were sick. Sound hauntingly familiar?

In 1716, an African slave named Onesimus (pronounced oh-NESS-see-muss) told his owner, Cotton Mather, an influential Boston minister, that he knew how to prevent smallpox, and that he in fact had it and had been cured of it. The cure? A practice called variolation.

Mather was distrustful, since as a Christian he looked down on what he considered Africans' “devilish rites," but he confirmed the success of variolation with other West African slaves, and through additional research learned that other countries (China and Turkey), were also practicing this treatment in a variety of ways and meeting with success. The hope was that smallpox symptoms would be milder and also create some degree of immunity in the future.

In 1721, 11,000 Bostonians, half of the city's population, had smallpox due to an epidemic spread from one British ship. By then, Mather had became a believer of the practice, which spurred him to advocate for and encourage variolation in the colonies.

His suggestion, however, was met with strong resistance. Many Bostonians did not like that this idea had foreign roots, particularly from Africa. Some even compared this notion to terrorism, according to The History of Vaccines website. Introducing this, some said, would be like willfully throwing “a bomb into a town."

Though proven effective in other countries, variolation was not without risks. Some people who underwent variolation still developed severe symptoms and even died from smallpox. However, the number of deaths were far less than in those who contracted​ the disease from another person naturally.

In fact, one Boston doctor who was also a slave owner took Onesimus' knowledge and Mather's encouragement of it to heart. Zabdiel Boylston used variolation on his son and his slaves. The result? Of those Boylston inoculated, one in 40 died of smallpox, while of those who contracted it naturally, one in seven died of smallpox.

Although the smallpox epidemic killed nearly 14% of Boston's population, Onesimus' sharing of the practice of variolation set the stage for vaccination. By 1796, the English physician Edward Jenner was able to create smallpox immunity with his cowpox vaccine. And by the mid-1800s, variolation was completely replaced with cowpox vaccine, a much safer and more effective alternative.

Smallpox now is literally history as a result. In 1980, the World Health Organization declared smallpox the only human disease to be eliminated entirely by a vaccine. And an African slave named Onesimus helped kick-start the beginning of its end.

“The rapid, successful development of the COVID-19 vaccines was only possible because of the foundation of knowledge built through centuries of advances from observers such as Onesimus and scientists who created earlier anti-viral immunizations," says Beverly Sha, MD, director of the Mark Weiss Memorial Clinic for Infection Diseases.​​

“Vaccines have helped us eliminate and/or control smallpox, measles, chickenpox and polio, and it will be what leads to the end of this pandemic," adds Sha, who also is a ​professor in the Division of Infectious Diseases in the Department of Internal Medicine at Rush Medical College.