Rocque Lipford still vividly remembers when he took four steps outside his childhood home in Monroe, Michigan, and fell to the ground.

In 1941, at age 3, Lipford had developed polio, taking away any normal use of his left arm and right leg. He spent the next seven months in an iron lung and the rest of his childhood wearing heavy braces to move around.

“I’ve experienced throughout my life that when one part of us is weaker, other parts of us become stronger,” Lipford says.

Lipford developed his right arm and left leg to accomplish an array of feats. He learned to ice skate as a child and could bench press 180 pounds with one arm while in college. Lipford competed in track and field and could jump his full height while participating in the high jump. Lipford, who gained national reputation for his work as a patent lawyer and in anti-trust law, as well as earning a master's degree in thermodynamics and heat transfer, added several other physical hobbies throughout his life, including golf.

But into his 50s, Lipford could no longer walk more than 50 yards without pain.

“I was getting scared,” Lipford says. “That’s when I heard about Dr. Richard Berger.”

‘I had a chance to regain what I lost. And it meant everything’

Lipford needed a new knee, but the standard knee replacement surgeries required cutting into post-polio leg muscles in a way that would still have left him unable to walk — even with a new joint. Lipford’s history of polio left him needing a different approach.

Richard Berger, MD, assistant professor of orthopedic surgery at Rush, designed his own patented instruments to replace knees and hips without cutting into muscles, tendons or ligaments as in standard replacement procedures. Berger’s method was the only possible way for Lipford to receive a new knee and get his life back.

“When I started in joint replacement, it was the norm to make a great big incision because that’s what you ‘needed to do,’ ” says Berger. “I thought maybe there was a less invasive way — one that would help patients recover faster. With donor support, the minimally invasive techniques we continue to refine at Rush have not only achieved that, they’ve also restored mobility for patients with unique circumstances like Rocque who were told there were no other options.”

For Lipford, learning about Berger brought him hope.

“Before I met with Dr. Berger, I thought he was a genius,” Lipford says. “I read everything I could get my hands on about him. I even looked up his patents.”

Berger was able to replace Lipford’s knee in January 2015. The very same night after the surgery, Lipford walked into a restaurant for dinner without the debilitating pain he had been experiencing.

Hope for other polio survivors

Lipford found after the knee replacement that he could return to life as he knew it before the leg pain started. He chose to support Berger’s groundbreaking joint replacement work with a gift to make sure other people have the same second chance as him.

“Many polio survivors continue to experience symptoms which have further reduced their mobility,” Lipford says. “If other people have access to this type of joint replacement, they can get their lives back just as I did.” 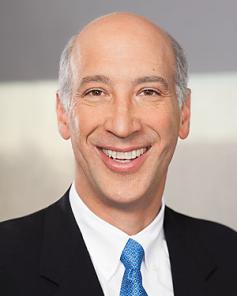