Psoriasis Treatments Can Be Life-Changing

If you suffer from psoriasis, vibrant, clear skin is no longer out of reach.

“The idea of clear skin for patients with psoriasis, which once was not really an achievable goal, is now something we can talk about as a possibility,” says Rush dermatologist David C. Reid, MD. “This is because of how treatment has been revolutionized over the past decade.”

Psoriasis is a common condition caused by inflammation that leads to patches of red, scaly skin — called plaques — on different parts of the body. It affects nearly 125 million Americans. The disorder crosses all ethnic, age and gender boundaries, but is most commonly found in adults between ages 30 to 40 and 50 to 70.

Red, scaly plaques are the most common symptom of psoriasis. It’s frequently found on the elbows, knees and scalp, though the condition does not shy away from more visible areas like the face, nails and hands. But psoriasis is not one-size-fits-all. Some have only one isolated area of concern, while others possess much larger patches throughout the body.

Even as scientists are still investigating its causes, studies so far have pointed to genetic factors that can be exacerbated by environmental conditions such as a dry climate. Psoriasis symptoms also flare up during the winter, when we spend more time indoors and the cold, dry weather makes the skin more vulnerable.

What scientists do know is that psoriasis is not contagious, a widely held belief that often leads some to stay away from those with the condition.

“It can affect the ability to participate in social interactions, to form relationships,” Reid explains. “It has an impact on a patient’s ability to work and engage in their profession fully. It can prevent sufferers from living their life in a full way.”

This stigma means that the disorder is often accompanied by psychological difficulties. Those with the condition can experience a lower sense of self-esteem and even depression, according to Reid. Although doctors and advocates have tried to make it more widely known that it is not communicable, visible signs of psoriasis have nonetheless been associated with greater feelings of isolation in both social and professional settings.

Over time, people with psoriasis tend to avoid certain situations that bring attention to their physical symptoms, which can be devastating in the long term.

“We know this condition can have a considerable impact on patients’ mental health over time,” Reid says. “But there are also underlying associations with other systemic inflammatory illnesses.”

Chronic psoriasis patients who go without treatment may be at a higher risk of strokes, heart attacks and other adverse cardiac events. Other conditions associated with psoriasis include diabetes and inflammatory bowel disease.

Treatment for psoriasis has been revolutionized over the past decade, with newer options proving much more effective in targeting different types of the disease.

Patients with mild psoriasis typically receive topical treatments for the affected area. These include over-the-counter creams, ointments and shampoos that are applied directly to the skin.

People who have moderate or severe cases can opt to have phototherapy. Also referred to as light therapy, it is a safe and effective treatment that typically uses narrow-band UVB rays. It does not have the damaging side effects of UVA light rays from the sun or tanning beds, and it can penetrate the skin to slow the growth of psoriatic plaques.

Prescription medications for psoriasis have seen some of the greatest innovations in recent years. Taken orally, by injection or by infusion, these medicines are called “systemic” since they work throughout the body, explains Reid. Most often prescribed for moderate-to-severe psoriasis, systemics provide patients with many more options for tailoring their treatment to their needs.

Three different types of medications are used to treat psoriasis:

Getting the help you need

When dealing with a chronic illness like psoriasis, it’s vital to find a provider whom you trust and who knows all of the latest treatments so that they can tailor a plan to your specific needs. Reid says that this is crucial. “The important thing is that we discuss the risks and benefits of all the treatments and outline the full spectrum of available options with our patients,” he explained. “Because we really want them to be involved in the decision-making when it comes to their treatment.” 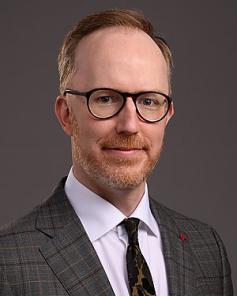 Should You Get a Skin Check?

What Is Mohs Micrographic Surgery?

Procedure for removing skin cancer has a high success rate and...