Pediatricians advocate to stop these burns

When he was 3 years old, Zamari was at home, waiting for his soup being heated in the microwave. His mother was home with him, but involved in a conversation. Zamari could tell that the microwave had finished cooking and it was time to eat. He couldn’t wait. He left where he was with his mother and went into the kitchen. He opened the door of the microwave and removed the bowl of soup from it, and as he did, it spilled on him. On his chest. Scalding hot soup on his chest.

And he screamed. He says it felt like someone had put a torch on him.

His mother heard his cries and came running. She took his shirt off and pulled his burned, peeling chest skin off with it. He was brought to the hospital and was admitted to the burn unit for care of his wound. He was in tremendous pain. His wound required dressing changes in the operating room. The hospital stay lasted a week and left him with a permanent large scar on his chest.

Zamari remembers this now at age 9, despite it happening 6 years ago. He was actually lucky. Somehow, the scalding soup missed his face.

A child every 12 hours

But is this really an accident? A freak thing? Unpredictable and unpreventable?

No. If microwave doors were not so easily opened by young children, this problem would stop.

About eight years ago, Dr. Gina Lowell and I published research we did with Dr. Larry Gottlieb and Marla Robinson, OT, from the University of Chicago’s Burn Unit to analyze what puts young kids in the burn unit. Scalds are the No. 1 cause. We found that what happened to Zamari happens a lot. A second study we did showed that toddlers as young as 15 to 18 months can open microwaves, putting them at risk.

Our most recent research showed that over 6,000 young children were treated in U.S. emergency departments over the last decade for scalds suffered when a child accessed the heated contents themselves by opening the microwave door. That’s a child every 12 hours, every day in the United States. And being able to easily open the microwave door is the cause of the majority of microwave scalds of young children.

After 15 years of studying this problem and advocating for change, we successfully changed the way microwave ovens will be made in the US so young children are protected from these burns.

We formally made a second attempt to change the national microwave oven standard to require child resistant doors. On September 17, 2018, the proposed change passed by a single vote. Warning labels (Figure 2) will be required on all microwave ovens reminding families of the risk of severe scalds if a young child removes what was heated. All microwave ovens will need to comply with the new requirements no later than March 31, 2023.

It has been a long road of research and advocacy to protect children. But we know that one day, because of this work, we will see fewer young children severely burned in this way. 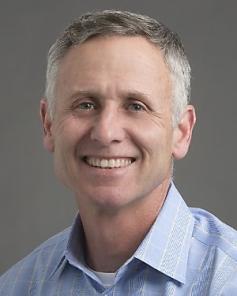