After a severe knee injury that could only be treated at Rush, Pam Strobel wants to help others facing similar challenges

Pam Strobel (middle) experienced a severe knee injury that could only be treated at Midwest Orthopaedics at Rush. Now back on her feet, she wants to help others facing similar challenges

Pam Strobel has picked lemons from a tree near her home in Santa Barbara, California, countless times. But in 2018, she experienced the worst injury of her life while picking lemons. Strobel, 67, was standing on a stone bench next to the tree while reaching for a lemon and slipped off.

"I hit the ground very, very hard with all of my weight on my right knee," Pam says. "It was so twisted and damaged I almost wish I hadn’t looked at it. I've never felt so much pain."

Pam landed so hard, in fact, that her right knee joint and knee cap both dislocated, severing her ligaments and fracturing a bone under the joint. She was alone, out of earshot from her home, unable to walk and without her cell phone.

Pam’s instincts kicked in, and she army-crawled up the hill, just using her arms, to yell for help from a higher altitude. A neighbor heard her cries from about a half-mile away and called an ambulance. But once examined at a nearby hospital, she was told that no one in Santa Barbara had the skill or experience to handle the drastic extent of her injuries.

The orthopedic surgeon explained that he wanted to transfer her to Cedars-Sinai Medical Center in Los Angeles for treatment but they were unable to help her either. Pam, whose primary residence is in Winnetka, Ill., and who previously served on Rush University Medical Center's Board of Trustees, reached out to Rush for help.

"I was told, 'The doctor you want is Charles Bush-Joseph,' " Pam says. "If it weren't for him, I'd have been seriously disabled for the rest of my life."

Pam flew immediately to Chicago and was operated on by Rush sports medicine surgeon Charles Bush-Joseph, MD, a renowned leader in the field of complex knee conditions who treats members of the Chicago Bulls and White Sox teams.

The lengthy procedure was especially challenging because of the rare and extreme nature of Pam’s injuries. Pam was told that her condition was similar to NFL quarterback Joe Theismann's career-ending knee injury. She later learned that a jagged piece of bone was only about a millimeter away from her femoral artery, which could have ended her life had it reached the vein.

"Pam had an unusual triad that included knee dislocation, patella dislocation with a significant muscle injury to the quadriceps and a fracture of her shin," says Bush-Joseph. "This combination leads to a dilemma for the surgeon, who must balance competing problems of ligament instability and fractures while preventing disabling stiffness and contractures. But we were able to overcome these obstacles and get her back on her feet."

The surgery was a success, and after months of rehabilitation and physical therapy, Pam started walking on her own. Less than a year later, she was walking and moving at about 90 percent of her ability before the accident. Pam's experience, not just with Bush-Joseph's procedure, but all of the follow-up work, gave her a whole new affinity for Rush, building on what previously motivated her to serve on Rush's Board.

"I have nothing but superlatives for every staff member at Rush I interacted with throughout this whole experience," Pam says. "I saw firsthand that everyone really is there to care for the patients, and it gave me a deeper understanding of what Rush and Midwest Orthopaedics mean for the medical world. At Midwest Orthopaedics, for example, they are working in so many different ways to help people live with as little pain as possible during their entire lives, from professional athletes to people like me."

Pam and her husband, Russ, were both inspired by her experience to help others who might be facing similar joint challenges. Bush-Joseph introduced Pam to his colleague Jorge Chahla, MD, PhD, who specializes in challenging knee and hip procedures. Pam learned that Chahla is researching better surgical techniques and tools for injuries and conditions just as complicated as hers.

"The margin for error is extremely low for multi-ligament injuries similar to Pam's. Patients often are unable to walk and can have damage to leg nerves and arteries that can lead to lifelong issues," Chahla says. "Since these injuries are infrequent, the basic science and clinical evidence are not as robust, but we're working to change that. Thanks to the Strobel family's support, we're developing tools and procedures to perform ligament reconstructions much more effectively with less recovery time and better overall outcomes."

Pam hopes that through Chahla's research, people will have the benefit of more precise care, and a better chance at the results that she experienced, despite the extent of her injuries.

"Dr. Chahla's innovative work can have such a drastic and powerful effect on so many lives, both for people experiencing the complexity of what I went through and those in many other situations," Pam says. "Even under the circumstances that brought me back to Rush, I felt immense gratitude in seeing again how much they care about their patients."

Learn more about supporting bone and joint research at Rush by contacting Derek Lambert at (312) 942-6289 and derek_lambert@rush.edu.

Find a Provider Find a Location Make an Appointment
Sign Up for Our E-Newsletters! 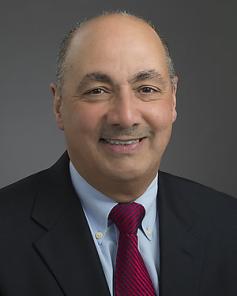