My Heart Breaks for LGBTQ+ Youth, but There Is Hope

Texas Gov. Greg Abbott has ordered the state’s Department of Family and Protective Services to investigate parents of transgender and non-binary children who provide what is called “gender-affirming care,” which includes puberty-suppressing medications and other medically-recommended treatments. Investigators by such law must treat such care as potential incidents of child abuse contrary to the overwhelming majority of research suggesting that these practices are beneficial.

Earlier this month, Florida lawmakers passed the “Don’t Say Gay” bill, which restricts classroom discussion about sexual orientation and gender identity from kindergarten through the third grade. (Gov. Ron DeSantis signed it into law on March 28).

As a clinical psychologist who actively works to advocate for the LGBTQ+ communities, these developments break my heart. Actively discriminating against our LGBTQ+ youth and denying the dignity, medical care and education they deserve hurts. Policy makers are actively ignoring the science suggesting that providing gender-affirming care is the best medical practice and in the interest of LGBTQ+ youth.

Due to Abbott’s direction, an estimated 13,800 transgender youth will be at risk of being denied access to equitable and medically necessary health care, such as hormone blockers. The impact of bans on health care could be devastating to those in Texas who face being denied critical care, not to mention the ripple effects to youth all over the country. Transgender youth are already at high risk for depression and suicide; taking away access to proven lifesaving care provided by gender-affirming services will inevitably make things worse.

In my practice, I have seen first-hand how banning access to affirming care and denying education about sexual and gender identity can have devastating impact on LGBTQ+ individuals. Through providing gender-affirming care and helping patients navigate affirming-systems such as RUSH, I have watched patients improve their quality of life and mental health.

Indeed, in one recent study published in 2022, transgender and non-binary youth prescribed gender-affirming hormones showed reduced the odds of depression by 60% and suicidality by 73% after one year of taking these medications. Early interventions such as these are critical when nearly 40% of transgender and non-binary adults have attempted suicide at some point in their lifetime, according to the most recent U.S. Transgender Survey. Gender-affirming care can reduce these tragedies drastically.

To claim gender-affirming care is “child abuse” blatantly ignores the growing science research on the positive benefits of gender-affirming care. Policies that deny access to lifesaving gender-affirming child care should not stand; rather, policies should be informed by the latest science. Hopefully these bills will be overcome in similar ways as laws that were passed in Arkansas and stop future bills from making it to a vote. I have hope that science will prevail and these policies will soon have no legs to stand on.

Joel Wyatt, PhD, is an assistant professor in the Rush University Department of Psychiatry and Behavioral Sciences and is a Public Voices Fellow through The OpEd Project 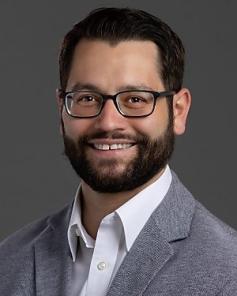 Why LGBTQ+ Health Care Is My Passion

One of fewer than 500 U.S. hospitals or health systems to earn...
LGBTQ+

For Older LGBTQ+ Adults, Entering a Nursing Home Can Feel Like Coming Out All Over Again

New study by Rush researchers calls for a change in practices in...