A Message of Hope for Lung Cancer

One of the things I learned early in medical school was never to forget that it’s a privilege when a patient puts his or her trust in you. I have never taken that privilege lightly; my goals have always been to prolong meaningful life and relieve suffering for my patients. That’s been my personal mission statement throughout my career.

However, those goals have not always been easy to achieve in treating lung cancer. When I started out in medicine, there weren’t a lot of options for our patients; some of the treatments we tried for lung cancer were simply not effective, and often the prognosis was poor. But I’ve seen that believing in an idea and not giving up on it can pay off.

Immunotherapies are a case in point. When I was in medical school in the late 1960s, we had high hopes for immunotherapy and thought it was going to be very important for treating patients with cancer … but we then saw one failed study after another over the next few decades.

However, some basic scientists and clinicians didn’t give up on the idea. In recent years, their breakthroughs have led to significant improvements for using immunotherapies — and new hope for many patients with lung cancer.

In 2015, immune checkpoint inhibitors were showing results as second-line therapy for advanced lung cancer that had progressed on chemotherapy — and they were more effective and had fewer side effects than the available chemo. One study of previously treated patients with no hope for long-term survival resulted in 15% of the patients surviving, with most not needing to be on active anti-cancer treatment. We needed more studies and more patients, but we started seeing the possibility of treating lung cancer as a chronic disease.

The following year, we saw that giving the chemo drugs pemetrexed and carboplatin in combination with pembrolizumab resulted in a significantly higher response rate and delayed progression in patients with non-squamous lung cancer. After FDA approval, we started treating some of our patients at Rush with this combination and saw impressive response rates, and in 2018, these findings were validated in a larger study: For patients with stage IV, non-curable, non-squamous cell lung cancer, this combination reduces the risk of death by 50%.

Today, the progress continues at a rapid rate. This year alone, we've had more than eight new therapies approved by the FDA for lung cancer patients.

A new message for patients

A question I frequently hear from my patients is, “If we can keep it under control, new treatments will come along, right?” Ten years ago, the chances of something new that would help were slim. But in the past few years, my message to patients has changed.

First, the message was, “We’re going to try to keep you alive longer.” Then, “We’re going to try to convert this to a chronic disease you can live with.” Now, I believe that some patients may be cured with these immunotherapies. Even if the cancer is not all gone, it may be under control. That’s a huge shift, and it is amazing.

I didn’t think the White Sox would ever win the World Series during my lifetime, and I never thought we’d be talking about people with late-stage lung cancer going into remission and staying there. Being able to help my patients live longer, more meaningful lives with less suffering is what drives me every day — and these new treatments and advancements have given me and my patients a lot of hope.

Philip Bonomi, MD, is a medical oncologist who specializes in lung cancer care at Rush. Bonomi is a recipient of the first Cancer Care Team Award from the International Association for the Study of Lung Cancer. 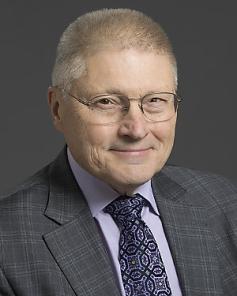