Jerry’s Story: 'Thanks for Saving My Life'

In early 2019, retired chemist Jerry Rose thought his allergies were kicking up. His constantly stuffed-up nose was bothering him enough that he went to see an allergist, who diagnosed him with a nasal polyp — a small, non-cancerous growth that can make it hard to breathe through the nose. The allergist prescribed steroids to see if they would shrink the polyp.

The steroids didn’t help, and in the spring Jerry began to have major nosebleeds — “like turning on a faucet,” he remembers — for several days in a row, losing so much blood that he started to become anemic. His wife, Sue, made an appointment for him to see an ear, nose and throat specialist. The ENT physician ordered a magnetic resonance imaging (MRI) scan, which revealed not a polyp but a large growth on the roof of Jerry’s nasal cavity.

“I knew I’d need surgery, but I had no idea how serious it was,” Jerry says. “The ENT said that he didn’t know how far up into my sinuses the growth went.

“He also said that for treatment I needed to go to a large academic medical center with surgeons who specialize in skull base surgeries — but there aren’t very many of those.” Luckily for Jerry, there’s a center of expertise close to his home in Park Ridge, Illinois: the Rush Center for Skull Base and Pituitary Surgery, where more skull base surgeries are performed than anywhere else in Chicago.

The skull base is the bottom part of the cranium, where the brain sits. It includes the roof of the nasal cavity, where Jerry’s tumor was, as well as the eye sockets, sinuses and the brain's frontal lobe.

Because the skull base is filled with critical blood vessels and nerves, including those that enable hearing, smell and sight, operating on tumors there requires the skills of two highly trained experts: an ENT skull base surgeon like Pete Batra, MD, and a neurosurgeon like Richard Byrne, MD. Batra and Byrne are co-directors of the Rush skull base and pituitary center.

Jerry saw Batra first. His initial look at Jerry’s tumor told him it was an urgent situation. “I was very concerned that this was a cancerous growth, based on my visual inspection and the way things looked on the scans he brought in,” Batra says.

He ordered a specialized CT scan and MRI for Jerry at Rush University Medical Center that same day; the scans, plus a biopsy of the tumor and a PET scan, confirmed his suspicion that Jerry had a rare cancer called an olfactory neuroblastoma, or esthesioneuroblastoma.

Batra explains that olfactory neuroblastoma begins in the nerve fibers in the nose that are responsible for the sense of smell. Because these tumors grow very high up in the nose, it’s common for them not to cause symptoms for a long time. Most aren’t diagnosed until they’re large enough to cause issues like the nasal congestion and bleeding that Jerry experienced.

Jerry’s tumor was in an advanced stage and had probably been growing for a year or more, Batra says. It had grown through the base of his skull into the olfactory bulb, the tissue on the bottom side of the brain that controls the sense of smell.

The team made a plan for Batra and Byrne to work together on the complex surgery to remove Jerry’s tumor. They would perform it using an endoscope (a rigid tube with a light and camera at the tip) and tiny instruments to remove the tumor through Jerry’s nose, without having to make any incisions in his head or remove any bone from his skull.

“We reviewed the imaging together and planned the procedure ahead of time,” Batra says. “I always tell patients that two brains, two sets of eyes and two sets of hands are better than one. That collaboration enhances the care we’re able to provide.” Byrne echoes Batra’s thoughts: “Certain things above the skull base are second nature to a neurosurgeon; below the skull base is second nature to an ENT. In coming together, we each bring the strengths of our training, to the great benefit of patients.”

Jerry had an office visit with Byrne to go over the plan for surgery. “He explained everything so well; I knew both he and Dr. Batra were well prepared and knew exactly what they were doing,” Jerry says. “Obviously there was anxiety about having to go through all this, and there’s always uncertainty until you have the surgery, but I felt very comfortable with them both.”

Patients’ confidence in the Rush skull base surgery team is well earned: They’re the busiest team in the city, and “when it comes to these surgeries, quantity brings quality,” says Byrne. “The more you do of anything, the better you get at it. Our team has been working together for a long time, and there’s a flow from the moment we meet a patient.”

Jerry’s surgery took place in late June of 2019. Guided by Rush’s state-of-the-art MRI imaging technology and a 3D tumor map created from Jerry’s scans, Batra began the surgery by using the endoscope to harvest a septal flap from inside Jerry’s nose. This was set aside to help with reconstructing the area after the tumor was out.

During the eight-hour surgery, Batra and Byrne sent tissue samples to the Rush pathology team on call to ensure that they were removing all of the cancerous tissue. The samples came back with clear margins, meaning that there were no cancer cells at their outer edges.

Once the tumor was completely out, the two surgeons began the process of rebuilding the areas where they had removed tissue. They used the septal flap from inside Jerry’s nose, as well as some synthetic material and additional tissue that had been harvested from Jerry’s right thigh before the surgery began.

“It’s important to get robust tissue back up there along the base of the skull,” Batra says. “We’re essentially rebuilding from scratch after the tumor is removed.” Once the reconstruction was complete, Jerry’s nose was packed and he was moved to the intensive care unit.

“I could tell right away when I came out of the surgery that it was easier to breathe through my nose,” Jerry says. He spent five days in the hospital before going home to continue his recovery; he says that the toughest part after he was discharged was dealing with the discomfort of the packing in his nose for a couple of weeks. “When people hear that the surgery was all done through my nose, they just didn’t believe it,” says Jerry.

“This very complex surgery can be deceptive,” Batra says. “Most patients feel really well post-surgery, so we have to emphasize that they need to take it easy for several weeks: No lifting, nose blowing or straining. And we monitor them closely to make sure they’re healing correctly.”

‘Thanks for saving my life’

Six weeks after his surgery, Jerry began a 30-day course of radiation treatments to ensure that the cancer cells were gone and reduce the risk that his tumor would come back. “Even with the best surgical result, there’s a risk that there could be residual malignant cancer cells,” Batra explains.

After the 30 days, Jerry was delighted to ring the bell in the radiation oncology clinic signifying the end of his treatment — a joy he also got to share when his granddaughter Emma, now a healthy 8-year-old, was successfully treated for brain cancer as a toddler.

Spending time with her and the Roses’ seven other grandchildren is precious to Jerry; he gets emotional when he talks about his newest grandchild, born in May of 2020. Thanks to his surgery at Rush, “I got to be here for that,” he says simply.

Two years post-surgery, at age 69, Jerry is doing well. His only lingering effect is that he lost his sense of smell because his olfactory nerve was removed during the surgery — all things considered, a small price to pay, he says.

Jerry sees Batra at Rush Oak Brook for his follow-up appointments, which include examinations with an endoscope plus an MRI scan every six months. Now that he’s passed the second anniversary of his surgery, he’ll get scanned every nine months.

“Every time I see Dr. Batra, at the end of the appointment, I say, ‘I apologize if you’re tired of hearing this, but thanks for saving my life.’” (For the record, Batra isn’t tired of hearing it.) 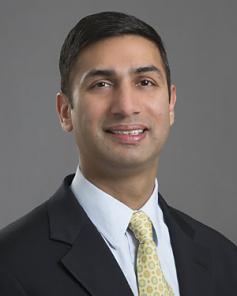 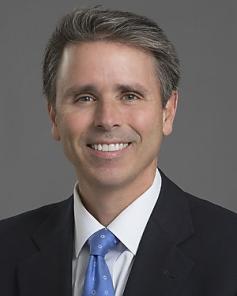