After developing heart palpitations in 2016, Denise Tovar started having regular CT scans at the Midwest Center for Advanced Imaging, a department of Rush Copley Medical Center. In 2021, the Rush team’s close attention to those scans saved her life.

Denise’s heart problems began after her first of four pregnancies. “Especially when I was pregnant, I would have weird chest pains,” she says. “I’d end up in the Emergency Department at Rush Copley getting a CT scan once every pregnancy.” During her last pregnancy in the spring of 2020, the team attending to her asked, “Do you know that you have a small nodule in your right lung?”

A lung nodule, also called a pulmonary nodule, is a small, round mass of tissue that people sometimes refer to as a “spot on the lung.” These nodules are quite common, and most of them are not cancerous, or benign.

Benign nodules are usually the result of a previous lung infection and don’t require any treatment, although regular scans to see if the nodule is becoming larger or changing shape are sometimes recommended. Nodules that are malignant, or cancerous, can grow quickly and spread to the lymph nodes and then to other organs.

Denise’s lung nodule didn’t raise any red flags when it was first detected. It was very small, just 9 millimeters in diameter, and nodules that small are almost always benign. She was also only 35 years old, had never smoked and didn’t have any symptoms of lung problems like coughing or having trouble breathing.

After giving birth to her daughter, Felicity, Denise returned to Rush Copley for a follow-up scan in August 2020. This one showed that the nodule hadn’t changed, so she was advised to return for another scan in eight to 12 months.

But in March 2021, Denise’s chest pain was back, and a new scan was flagged by Rush’s innovative lung nodule monitoring software, LungGPS.

This software is used to evaluate every CT scan conducted at Rush that includes the lungs. Not only does it help review scans of the chest, but also those of the abdomen and pelvis. It checks for incidental nodules: those that are visible on a scan but aren’t the primary reason for the diagnostic imaging. For example, Denise’s nodule was spotted on a scan of her heart that was ordered to determine the cause of her palpitations.

Incidental nodules can fall through the cracks if the patient needs treatment for another condition. But identifying them early and monitoring them regularly lead to much better outcomes if they turn out to be malignant.

There usually aren’t any symptoms of early-stage lung cancer. So once symptoms like coughing or breathlessness do appear, the cancer has already advanced to a later stage that’s harder to treat.

Until now, nearly 75% of patients with lung cancer weren’t diagnosed until they began having symptoms. Lung nodule monitoring, however, helps detect cancers at a time when the treatment can be both less invasive and more successful. The five-year survival rate for stage 3 lung cancer that has spread to the lymph nodes is just 31%. But if it’s caught early during stage 1, the five-year survival rate jumps to 92%.

If you are not sure if you meet the criteria, talk to your doctor about your smoking history and the benefits and risks of lung cancer screening. Fill out our appointment form to schedule your lung screening today.

At Rush, any scan that detects a lung nodule is automatically routed to the lung cancer screening coordinator. Once the coordinator saw that Denise’s nodule had grown, she quickly reached out to Justin Karush, DO, a thoracic surgeon at Rush, who followed up immediately.

“I was able to pick up the phone and call Denise’s primary care physician at Rush Copley, Patricia Kinsella, DO, right away,” he says. “I let her know that we saw this nodule growing and that I’d like to have Denise get a PET scan and come to see me.” In a positron emission tomography, or PET, scan, a small amount of slightly radioactive tracer is injected into the bloodstream. The tracer builds up in any tissue that might be cancerous and glows brightly on the scan.

When Denise’s PET scan “lit up” as suspicious for malignancy, Karush got her into his office quickly. “I thought it would be months to get in,” she says. “But I saw Dr. Karush within a week. He pulled up the scan so I could see where the nodule was. He said that because of my age and overall health there was a chance it could be nothing, but he wanted to do surgery to get the nodule out.”

Two weeks after that office visit, Denise was in surgery at Rush Copley. “I could have had surgery even sooner,” she says, “but I needed a little time to plan” as a stay-at-home mom of children ages 10 months, 2 and 3.

Diagnosis and treatment in one surgery

On April 20, Karush performed a minimally invasive, video-assisted surgery to remove the nodule and a wedge-shaped section of the lung tissue around it. While Denise was still under anesthesia, he sent the tissue straight to the pathology lab to determine if the nodule was malignant.

“We have the opportunity to diagnose and definitively treat a nodule in a single procedure,” Karush says. “Pathology tells us right away whether the tissue is cancerous — so when they told me it was a cancer, I was able to complete the operation immediately. We went from diagnosis to the treatment of Denise’s cancer in two hours.” To ensure that all the cancer cells were gone, Karush removed the upper lobe of Tovar’s right lung.

Afterward, Denise spent one uneventful night in the hospital, with no complications. The next morning, she went home and was soon snuggled up watching “Frozen” with her kids. “They were so gentle with me, saying, ‘Mommy has owies,’” she recalls with a smile.

The final pathology report revealed that she had stage 1 lung cancer and that the cancer had not spread to her lymph nodes.

“Dr. Karush called me to talk about it. He said that this was the best possible news and they got everything out,” she says.

Because Denise’s pathology report found that the tumor was caused by a genetic mutation, she had further genetic testing and a follow-up conversation with Joseph Meschi, MD, a medical oncologist at Rush Copley. She was tested for dozens of genes associated with different types of cancer. None of them were found. In addition, her successful surgery meant that she didn’t need to have any chemotherapy or radiation. She’ll have follow-up scans every six months to monitor for any changes.

Denise is now back to her life as a full-time mom. She’s grateful for her early diagnosis and treatment and for the care she received from the team at Rush. As someone who wasn’t considered a high risk for cancer, she says, “I would never have gotten lung cancer screening, so I don’t know how my tumor ever would have gotten found so early otherwise.” 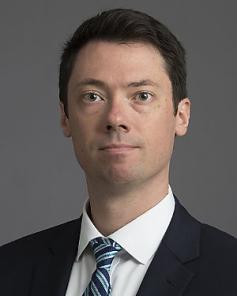 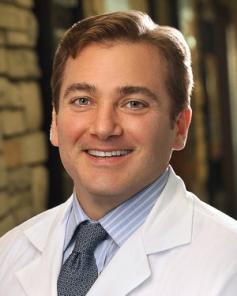 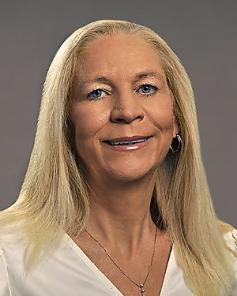