Imagine vomiting almost every day for decades. That was the painful reality for Darlene Gore, a 75-year-old retired grocery store manager from Merrillville, Indiana, who suffered from severe gastroesophageal reflux disease.

“I was miserable,” says Darlene, whose symptoms first appeared when she was a teenager and gradually got worse over time. “I was in constant pain and vomiting nearly every day, some days after every meal.”

For more than 20 years, Darlene hesitated to accept social invitations, and she carried a toothbrush and toothpaste everywhere she went. She couldn’t eat lunch at work, and when she could eat, her choices were very limited. Coffee, soda, bread, pizza and ice cream were out of the question. Eventually, the only thing she could tolerate was baked chicken ground up in a blender, followed by a handful of antacids. Sleeping required four pillows to reduce the reflux, but she still had to get up to vomit in the middle of the night.

“I told my sister, ‘I’m going to live with this until the day I die,’” Darlene says. But fortunately, she was wrong. This year, Darlene had a complex, minimally invasive operation from a RUSH doctor at her community hospital in Northwest Indiana that has helped her break free from her symptoms and get her life back.

Hiatal hernias: A common cause of GERD

“A hiatal hernia occurs when the gap in the diaphragm, a muscle that separates the chest from the abdominal cavity, known as the hiatus, enlarges,” Geissen explains. “When that passageway widens, part of the stomach, the entire stomach and even other organs can enter the chest.” According to Geissen, this process happens over time and is worsened by increased pressure in the abdomen, causes of which include weight gain, pregnancy and constipation.

Hiatal hernias can vary in size from small (where a portion of the stomach slides in and out of the chest) to large (where the entire stomach is trapped in the chest). Darlene had a very large hernia in which most of her stomach was inside her chest.

Hiatal hernias are common, affecting about half of all Americans. They can cause GERD symptoms like heartburn and vomiting, although many go untreated. Besides triggering acid reflux, hernias can cause vomiting, nausea and a feeling that food is “stuck” in the food pipe, or esophagus. “If you have been told you have a hiatal hernia and have these symptoms, you should talk to your doctor about whether you need to get it fixed,” Geissen says.

Subspecialty care in a community setting

In August, Darlene saw Geissen at her office located in Franciscan Health Munster.

“Dr. Geissen was wonderful,” Darlene says. “I felt assured the moment I met her. She explained my problem and the solution in simple but exact terms that I could understand.”

Geissen recommended that Darlene have minimally invasive thoracic surgery to repair her hernia and address her GERD symptoms. And because RUSH thoracic surgeons like Geissen operate at Franciscan Health hospitals in Northwest Indiana, Darlene could have her procedure close to home.

“I was thrilled I didn’t have to drive into Chicago,” she says. “I didn’t know there was a place like RUSH and having a place like that here is fantastic.”

Two weeks after seeing Geissen, Darlene had a minimally invasive hernia repair at Franciscan Health Dyer. During the procedure, Geissen made five small incisions about the size of the tip of a thumb on Darlene’s abdomen. Then she used a robotic surgical platform and specially designed surgical instruments to tighten the passageway in Darlene’s diaphragm to normal size. Geissen also wrapped the top part of Darlene’s stomach around the bottom of her esophagus to help prevent acid from backing up into her esophagus.

Just a few hours after the complex surgery, Darlene was walking around her hospital floor with only minimal pain. Even better, she had finally found relief from her symptoms. “Immediately after the operation, the heartburn and vomiting were gone,” she says.

She went home the next day, and only had to take prescription pain medicine for one day before switching to over-the-counter pain relievers for a few more days.

For the next few weeks, Darlene followed a liquid diet and then gradually added back solid foods. Geissen advised her to continue to take her acid reducer daily for six weeks, with the plan of discontinuing the medication. According to Geissen, a small percentage of patients need to continue acid-reducing medications, but they no longer have breakthrough symptoms like vomiting.

“I wish I had known about this surgery years and years ago,” Darlene says. To others who are dealing with daily GERD, Darlene offers this advice: “If you have severe heartburn like I did, don’t wait — you don’t have to live with it any longer.”

Now that Darlene no longer deals with daily vomiting and pain, she can fully enjoy her time with her family, including her three great grandchildren. She’s even able to eat many foods again like bacon and pizza, and no longer fears getting sick when she is out in public.

“It’s been less than two months since my surgery, and I feel like a new woman,” Darlene says. “The half-century long nightmare of painful heartburn and vomiting is now a distant memory.”

Learn more about thoracic surgery services from RUSH surgeons at locations across Northwest Indiana and Chicagoland. 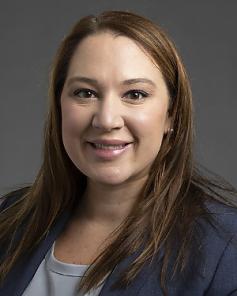 RUSH to Partner With Medtronic to Create Innovation Hub

Rush Copley physician on getting screened at age 37: 'Listen to...