Many cancer patients at Rush University Medical Center now have the option of undergoing genetic analysis that may empower their doctors to customize more effective treatments for them. This cutting-edge care is made possible by a partnership established this past October between Rush and a new Chicago-based technology company called Tempus.

Advances in genetic science and cancer care increasingly are enabling researchers and clinicians to design treatments for cancer that specifically target genetic mutations that cause disease’s development.

“As we get a better understanding of how these tumors grow and develop, we can design drugs that affect the mutated genes but not the normal ones,” says Robert DeCresce, MD, acting director of the Rush University Cancer Center. “This is the area of big promise.”

“Technology has come a long way since the human genome was first mapped more than 15 years ago, but many cancer patients are still being treated with a one-size-fits-all approach that may not fit the specific molecular composition of their cancer,” says Eric Lefkofsky, co-founder and CEO of Tempus. “At Tempus, we have built an operating system to battle cancer that puts powerful technology and analytics into the hands of physicians on the frontlines of patient care.”

Finding where the sequence is out of order

This improved understanding comes from genetic analysis, which enables doctors to see which gene variations a patient has that may be affecting cancer development. The cost and time of such analysis has plummeted dramatically since the Human Genome Project cataloged more than 20,000 human genes by the early 2000s.

Taking advantage of this advance in biotechnology, Tempus can analyze the relevant genes of a patient using simple blood and tissue samples within two or three weeks of receiving the samples “They look at up to 1,700 genes that are commonly associated with cancer,” DeCresece says.

This analysis is called gene sequencing, because each DNA molecule — the building blocks of genes, which determine an individual’s characteristics — is composed of a long strand made up of four amino acids. “We see the sequence of the acids as they go along, and at certain locations it’s abnormal, the sequence is not what we would expect it to be,” DeCresce says.

The more the better

After sequencing a patient’s genes, Tempus performs a computerized analysis to compare the patient’s genetic information with the company’s large, proprietary biological database. The analysis uses machine learning and advanced bioinformatics to search for potentially relevant patterns for patients that are unlikely to respond to conventional therapies. The company then makes the results available to the patient’s doctors through both a PDF file and an online portal.

Tempus’ database is building on publicly available information from past cancer research by adding de-identified data from each patient’s genetic analysis as Tempus completes it. Rush and other hospitals working with Tempus are helping the company grow its database by referring patients for genetic analysis. By making this contribution, these partnerships have potential not only to improve care for the hospitals’ patients, but also cancer patients around the world.

“We want to be able to compare the results and know what they mean. To do that, you need large numbers of patients,” DeCresce says. “The more people that use it, the more information that’s in the database.”

Patient data will be kept anonymous

Rush is offering this assessment to patients who have solid tumors and who doctors think can benefit from the service. DeCresce expects 500 to 700 Rush patients to receive an evaluation by Tempus this year and that the numbers will grow in the future as the company scales up.

Participation is voluntary. To receive the analysis, patients must agree to let their data be added anonymously to Tempus’ data base so that patients can benefit from the treatments of those that came before.

“The information is de-identified,” DeCresce says. “The patient’s name is on the lab results used for patient care, but that name isn’t on the information entered in the master data base.”

‘We are committed to innovation’

Founded in 2015, Tempus is the latest venture by Lefkofsky, a Chicago entrepreneur who previously launched several tech companies, including the e-commerce marketplace Groupon. Lefkofsky was inspired to start Tempus after a family member was diagnosed with cancer.

“It was during and after this experience that I realized that with all of the advances that have been made in medicine, many of its technology tools are far behind,” says. “As a result, health care providers do not always have all of the information they could have and would like to have when making important decisions.”

In addition to working together on patient care and growing the database, Rush and Tempus are in discussions about expanding their partnership. Potential areas of additional collaboration include developing web-based applications that allow doctors to use Tempus’ data more interactively and creating a biorepository to store the blood samples used for analysis.

“At Rush, we are committed to innovation,” says Ranga Krishnan, MB, ChB, the Henry P. Russe, MD, Dean of Rush Medical College and senior vice president at Rush. “Through our partnership with Tempus, we expect to be able to usher in an unprecedented era of advancement as it relates to doing what is and has always been first and foremost at Rush — caring for our patients.” 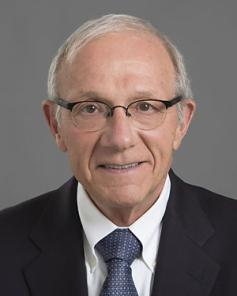