When Adam had a painful lesion on his tongue, he spent three and a half months going from specialist to specialist before finally getting an answer at Rush — all happening during the height of the COVID-19 crisis this spring.

“I started by going to an urgent care clinic, and they said it was just a virus, but it started getting bigger and more painful,” Adam remembers. “I went to a dentist who then referred me to an oral surgeon — and the oral surgeon finally said I needed to see a cancer specialist. I was shocked.”

The next day, Adam scheduled a video visit with head and neck surgeon Samer Al-Khudari, MD. “During our virtual appointment, Adam explained that he had been having pain in his mouth for months, and he showed me the lesion on his tongue,” says Al-Khudari. “I took a close look and saw a growth that was highly concerning. I knew he needed to get in right away. We made him an appointment for him to come in the next day for an in-person visit and a biopsy.”

As Al-Khudari expected, Adam’s biopsy revealed oral cancer, which had spread to his neck. Adam’s care team — which included Al-Khudari, medical oncologist Michael Jelinek, MD, and radiation oncologist Ken Tatebe, MD — put together a treatment plan for him to cure the cancer and reduce the chance of recurrence. His treatment included surgery, followed by chemotherapy and radiation treatment.

“Getting that diagnosis was a lot,” says Adam. “I’m 29 years old. My dad, actually, just went through esophageal and throat cancer last year and he had extensive surgery to remove his voice box. He was in the hospital for almost three months. It was terrifying to think that it was now my turn. But Dr. Al-Khudari was awesome. He said, ‘Let our team do everything we can to save and protect your quality of life.’ And even though it was scary, I had confidence in him.”

Within 13 days of the video visit, Adam was ready for surgery. “We needed to act on this quickly as this had been present for several months already,” says Al-Khudari.

Al-Khduari assured Adam that his case was different than his dad’s. Adam’s care team anticipated that he would need about five days in the hospital, followed by six weeks of chemotherapy and radiation.

In the surgery, Al-Khudari removed 30% of Adam’s tongue and reconstructed it with artificial skin, and then removed lymph nodes in his neck. Shortly after surgery, Adam started physical therapy in the hospital and was up walking around less than 24 hours after surgery. He started eating, swallowing and talking during his post-surgery recovery in the hospital, and he was able to go home after just three days.

“Everything went really smoothly; all of the doctors, nurses and staff were so great,” says Adam.

He then began chemotherapy and radiation treatments a couple of weeks after surgery, and he’s on his way to recovery now.

Adam’s care team has been by his side from day one. “My doctors explained everything that was happening every step of the way, and I felt totally confident in their care,” says Adam.

While Adam was not expecting to be diagnosed with cancer at just 29 years old, he’s grateful that he got the care he needed, when he needed it. “This all started when the COVID shutdowns were first starting, and I was hesitant to even get my tongue checked out because I didn’t want to go into a doctor’s office,” he says. “But it got to the point where I realized I had to get this taken care of. And, really, if I hadn’t had that video chat with Dr. Al-Khudari, it scares me to think what would have happened to me.” 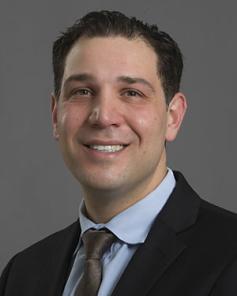 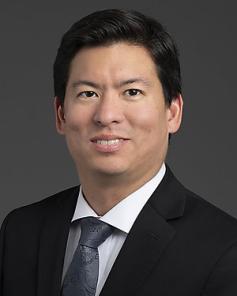