Get the facts about this surprisingly common lung disease

If you've ever had trouble breathing, you know how scary the feeling can be. And if your breathing problem is diagnosed as chronic obstructive pulmonary disease (COPD), you might fear that it's only going to get worse.

COPD is a lung disease with two main forms (many people have both at the same time). The first, chronic bronchitis, is an inflammation of the breathing tubes that results in swollen, narrowed airways.

The second, emphysema, is the result of damage to the delicate alveoli (air sacs) in the lungs. Damaged alveoli carry less oxygen to your bloodstream from the air you inhale; they also trap stale air in your lungs so there's less room for fresh, oxygen-rich air to enter.

"Healthy lungs are elastic like a new balloon," Kahan says. "COPD decreases that elasticity, so the tissue gets floppy — you can take air in, but you have a hard time getting the old, unoxygenated air back out. It gets trapped in the lungs with every breath."

Symptoms of COPD can include a cough and shortness of breath during physical activity. These symptoms are usually mild to begin with — you can even have COPD without having symptoms, Kahan says — and, without treatment, get worse over time. If you're experiencing any shortness of breath, she adds, it's important to see your doctor right away to figure out the cause.

While it's true that about 75 percent of the estimated 30 million people with COPD in the U.S. are current or former smokers, that's not the only cause. The following are the most common causes besides smoking.

Myth No. 2: There's no truly effective treatment for COPD.

While COPD is not reversible, treatment can greatly improve your quality of life by making it easier to breathe.

If your COPD is caused mainly by emphysema, your doctor may recommend that you use supplemental oxygen. Chronic bronchitis that causes COPD is usually treated with two kinds of medication.

For both causes of COPD, a pulmonary rehabilitation program that combines education, support and exercise to help you function at your highest potential can make a big difference.

"Some people are resistant to rehab because it requires a couple of hours three times a week for 10 weeks, but it has a lot of benefits," Kahan says, including decreasing your COPD symptoms, boosting your ability to exercise, helping you function more comfortably in daily life and managing anxiety and depression."

In [a landmark 1977] study, active smokers with COPD who quit were able to significantly slow their loss of lung function.

Myth No. 3: There's no point in quitting smoking once you're diagnosed, since the damage is done.

Absolutely not true, says Kahan, citing a landmark study conducted in England in 1977.

In that study, active smokers with COPD who quit were able to significantly slow their loss of lung function.

On the contrary, Kahan says, exercise is key to maintaining good quality of life after a COPD diagnosis.

"If you're not moving around much because you're short of breath, you lose muscle mass, bone mass and stamina," she explains. "And when you lose stamina, your shortness of breath gets worse. It's a vicious cycle."

For example, your rehab specialist might teach you how to do pursed-lip breathing, a way to release trapped air and make every breath more effective. And you'll learn a customized series of stretches, cardio and strength-building exercises that will help you make you feel better by increasing your endurance and fitness.

Myth No. 5: COPD affects only the lungs.

Bronchitis and emphysema affect lung tissue, but COPD can have effects throughout the body.

"If you have low oxygen levels, your heart has to work harder," Kahan explains. "It's more difficult for your heart to send blood through your lungs, and system pressure builds up, which can increase your risk for heart disease and heart attack."

And when COPD limits your physical activity, it can also affect your mental health. "I've had several patients talk about social isolation and depression after their diagnosis — they do less with friends because they feel they can't keep up," Kahan says. "Remaining active gets you out of the house and helps you stay socially engaged."

Bottom line: If you've been diagnosed with COPD, you're not alone. The first step is to talk to your doctor.

"For most people, COPD comes on very slowly, so if you have symptoms I strongly encourage you to get it checked out," Kahan says. "There are plenty of treatments and support systems that can help." 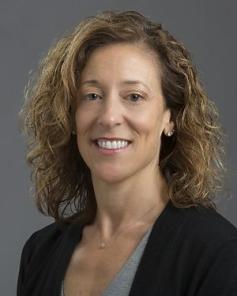 Why Lung Cancer Screenings Are Essential

COVID-19 has shined a light on respiratory therapists
Lung Health

Brady Scott, PhD, MSc, shared his insight on the role of...