When someone is a victim of gun violence, they often experience psychological as well as physical wounds. But for people of color living in urban areas where gun violence is common, witnessing or being a victim of violent crime is often one of many traumatic events they experience over their lifetimes.

As an emergency medicine physician who has practiced for more than 20 years in cities like Philadelphia and Chicago, I’ve seen this among hundreds of victims of gun violence. These patients — typically people of color living in under-resourced communities — are dealing not only with routine exposure to gun violence but also with the daily wounds of discrimination and bias. This cumulative stress, also known as racial trauma, can have a significant impact on the physical and mental health of people of color, further widening racial disparities in health care.

Among young people of color, the combination of racial bias and gun violence can also affect their sense of self-worth and identity because they are often viewed as perpetrators. Back in Philadelphia, I remember treating a 13-year-old Black boy for a gunshot wound. He left the ED with a cast on his arm, and when I saw him again, he told me he kept the cast covered up under his coat at school even during warm weather so his teacher wouldn’t think he was “bad.”

With gun violence on the rise across the country, what’s been missing in most of the conversations about this epidemic is how it contributes to chronic stress that many people of color experience. And as more guns get into communities of color, they continue to fuel the cycle of despair and violence.

Day after day in EDs around the country, health care providers skillfully patch up the physical wounds of gun violence. What we aren’t good at is helping our patients with the psychological and emotional wounds that often linger long after their physical injuries have healed. We also often fail to help direct patients to support services and other resources that would help them heal from the trauma.

Trauma-informed, hospital-based interventions to support victims of gun violence can be part of the solution. In Philadelphia, I co-developed a program called Healing Hurt People that has been adopted here in Chicago by colleagues at the John H. Stroger, Jr. Hospital of Cook County and the University of Chicago Comer Children’s Hospital, which are both Level 1 trauma centers. In this program, specially trained social workers serve as trauma intervention specialists, ensuring that patients receive follow-up medical care as well as counseling and support throughout their journey of healing. In the future, we hope to implement a similar program at RUSH — where I now serve as chairperson of emergency medicine — in collaboration with our community partners and colleagues at County and U of C, for patients who have experienced gun violence.

Although programs like Healing Hurt People can help patients heal from the physical and emotional wounds of gun violence, they are not enough. Gun violence is an everybody problem, and it won’t go away until public and private organizations address racial trauma by investing in our communities.

Many of the urban areas most disrupted by gun violence have also been affected for decades by racial segregation, redlining and disinvestment. As a result, these communities continue to have less access to healthy food options, good schools and job opportunities, compared with white communities. Leaders at RUSH understand the impact of structural racism and have made investing in the West Side of Chicago part of the health system’s strategy.

It doesn’t have to be this way. Together, we can help get gun violence out of our communities. Beyond continuing to advocate for common-sense gun regulations, we need to invest in neighborhoods that have been affected by structural racism and gun violence. It’s certainly not a problem we will fix in a few years. But with a long-term strategy that considers the impact of racial trauma, there is hope for a healthier future for all of us. 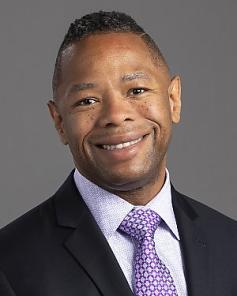 After COVID-19 hit Chicago last winter, Rush emerged as a...