Why do people have affairs — and how can a relationship recover?

In the social media age, rarely a day goes by that you don't hear about infidelity, whether it happens to a close friend or someone famous. And if you've ever had a conversation about cheating — or read the comments section when news of a celebrity affair breaks — it's clear that most people have passionate opinions about whether cheating is a deal breaker or no big deal.

We asked Ann Hartlage, PhD, a psychologist at Rush University Medical Center and the director of Rush's Marital and Sex Therapy Program to guide us through this emotionally-charged issue. Here's what she had to say.

Why do people have affairs?

It's a complex question, and of course the answer is different for every situation. But most affairs aren't really about sex ... or, rather, they don't have anything to do with a sexual problem between a couple. Much more often, they happen when the couple has difficulty resolving conflict.

All couples have problems sometimes, but the way they solve — or don't solve — those problems can set a pattern. These are some common problems couples experience:

Most often, that's how affairs begin.

The type of affair matters.

Often, the duration of the affair does make a difference. If the affair was a one-night stand, for example, it can be explained away; everybody makes mistakes. While it's still painful for the spouse, it might be easier to accept.

The longer an affair lasts, the more of the couple's history together has to be reinterpreted. The spouse thought of the relationship in one way before discovering the affair, but then has to re-evaluate his or her concept and experience of the relationship during the time the affair was going on.

Also, remember that affairs aren't always sexual; sometimes they're purely emotional. Women tend to be more upset about their partners' emotional affairs than they are about physical affairs. As a group and in comparison to men, women are very relationship-oriented, so their sense of betrayal can be very strong.

Whatever the type, if there's been more than one affair — especially if the couple has worked through the first one — the person discovering the affair probably remembers how painful and difficult it was to make peace the first time, and will be more reluctant to go through that again.

Statistics show that most relationships do make it past [affairs], and that couples who commit to seeing a therapist have a very good chance.

Statistics show that most relationships do make it past this, and that couples who commit to seeing a therapist — couples therapy — have a very good chance.

The first thing people deal with is usually a lot of rage, a lot of, "How could you do this to me?"

That high emotional volatility takes time to die down, and a therapist can be very helpful in working through these emotions. You have to get past the natural impulse on one person's (or both people's) part to give up and flee — it's important to remember that decisions made in crisis are rarely the best ones for the long term.

Therapy gets at the heart of the matter.

Steering through the aftermath of an affair can be pretty tough to do without a therapist, because emotions are running so hot that it's easy to get stuck in an angry place. The spouse is angry about the affair, and the one who had the affair is angry about all the questions they're having to answer.

A therapist will help the couple try to figure out what happened and why. The more both parties come to an understanding of the situation, the more it helps.

You can rebuild trust.

Can you ever trust a cheating spouse again? It's possible, but it takes time and effort.

Sometimes, it can be helpful if the one who had the affair is also in individual therapy to clarify why he or she took that path.

Ultimately, if the couple can talk about what happened in the relationship and each person's contributions to that dynamic, that's what helps the most.

Can you share a story of a couple who stayed together?

I worked with one couple in which the husband had an affair, and the wife immediately just wanted to get out of the marriage.

As we talked, she decided not to go with that impulsive decision. And as the three of us got deeper into the story, she realized that she'd made a habit of giving her husband the message, "Don't ever talk about anything that might upset me."

A lot of emotions were swept under the rug instead of the couple talking them through, and he turned elsewhere for emotional connection. They both acknowledged their part in that scenario, then worked through it. In the end, they salvaged the relationship.

Is the saying, "once a cheater, always a cheater" true?

Of course there are serial cheaters, but usually the people who see a therapist are facing this situation for the first time. Serial cheaters are too busy to bother with couples' therapy. 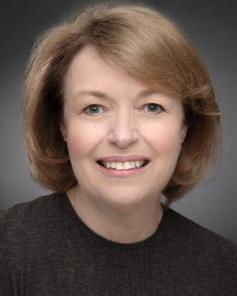 Veteran Ray Prieto shares his story and explains the importance...

Trauma-informed care transforms patient care and the providers who deliver...