Offering hope in the fight against HIV

Just a generation ago, millions of people infected with HIV faced the likelihood of eventually dying from AIDS. Then breakthrough treatments turned HIV infection into a largely treatable condition.

Now, some of the same medications used to treat the infection are helping to prevent it altogether.

People at risk for HIV can now choose to minimize their risk by taking a prescribed medication known as PrEP (pre-exposure prophylaxis). There are currently two approved drugs: Truvada, which was approved as a prescription drug in 2012, and Descovy, which was approved in 2019. When taken consistently, this combination of the HIV drugs tenofovir and emtricitabine can dramatically reduce the odds of HIV infection.

We talked to Paola Susan, MD, a primary care physician at Rush whose clinical expertise includes PrEP and LGBTQ+ health with emphasis on transgender care, to learn more about the drug that offers hope in the fight against HIV.

1. PrEP is for people at high risk.

It's also recommended for intravenous drug users who share needles. "Even though it is recommended to use clean needles, if there is any chance of IV drug users sharing needles, PrEP should be considered."

2. PrEP is not a substitute for safe sex.

Although PrEP reduces the risk of getting HIV from sex by more than 90% when taken regularly, people still need to practice safe sex by using condoms consistently.

For one thing, there's still a limited chance of acquiring HIV even while on PrEP. And the pill doesn't prevent other sexually transmitted diseases, such as hepatitis B, hepatitis C, human papillomavirus (HPV), gonorrhea and chlamydia.

"I talk to my patients about PrEP as a complement to condoms. PrEP certainly works, but it’s not a magic pill against all STIs. We need to make sure they can enjoy sex and also minimize as much as possible the risk of infections," Susan says.

Before prescribing the pill, Susan orders an HIV test to confirm the patient is HIV negative, along with basic lab work to check kidney function.

Once on PrEP, you’ll need to see your doctor at least every three months for further monitoring. CDC guidelines recommend repeat HIV testing every three months. It is also recommended to be up to date with hepatitis B vaccination.

PrEP is covered by most insurance plans, including Medicaid, but because it's an expensive medication some patients may encounter relatively high copays. Assistance may be available, though, through the drug manufacturers and patient advocacy organizations.

5. Side effects are usually manageable.

The most common side effects from PrEP include upset stomach, nausea, headache and loss of appetite, but most patients tolerate the medication well with side effects that are usually transient and improve within one to two weeks of taking the drug, Susan says.

As for long-term effects, the Centers for Disease Control and Prevention says no serious problems were detected in patients who have been on PrEP for up to five years.

In clinical trials, both Descovy and Truvada have proven to be equally effective at preventing HIV transmission. Truvada has been studied on a wider spectrum of patients including gay and bisexual cisgender men, trans women, trans men, heterosexual, cisgender woman and people who share needles.

There is not enough data to support use of Descovy among people who inject drugs or people at risk from getting HIV from vaginal sex, Susan explains. However, Descovy is preferred for patients who have kidney disease or osteoporosis because Truvada can cause kidney impairment and bone density loss, potentially worsening those existing conditions.

PrEP is for people who have not tested positive for HIV but who are at high risk. It is not recommended for people who may have been exposed to HIV in the last 72 hours.

If you feel you’re at risk of contracting HIV, talk to your doctor about which PrEP is right for you. Regardless which one you take, it can significantly reduce your risk and put your mind at ease. 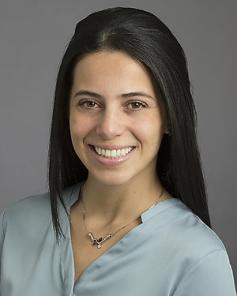 Why LGBTQ+ Health Care Is My Passion

My Heart Breaks for LGBTQ+ Youth, but There Is Hope

A RUSH psychologist on how Texas, Florida controversies could...
LGBTQ+

One of fewer than 500 U.S. hospitals or health systems to earn...