19th Amendment Centennial: Remembering Rush Women Pioneers Who Paved the Way for Others

On Aug. 18, 1920, the U.S. Constitution granted women the right to vote. Suffragettes, women who organized, marched, picketed and agitated as change agents, started advocating for these rights as early as the mid-1800s to ensure this law would be enacted. The passage of the law was a victory for women, however, it was not a victory for all women. Not until the Voting Rights Act of 1965, which prohibited racial discrimination in voting, were Black women and men granted the right to vote. Although it was a complicated victory, the 19th Amendment was still a move in the right direction and a sign of progress.

On the eve of the 100th anniversary of the 19th Amendment, we’re taking a look back through the Rush Archives at five Rush women who were also change agents and who broke barriers in a male-dominated arena 100 years ago. 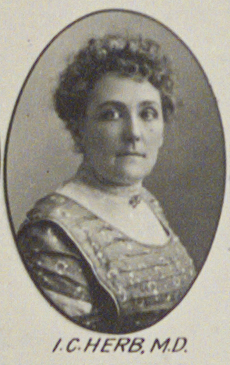 Herb was on staff as an anesthetist at Rush’s teaching hospital Presbyterian Hospital and a Rush Medical College faculty member. Although she was not the first woman on the Rush Medical College faculty, Herb was the first woman to join the medical staff of Presbyterian Hospital in 1909. She was also only one of three women total on the medical staff in 1920. 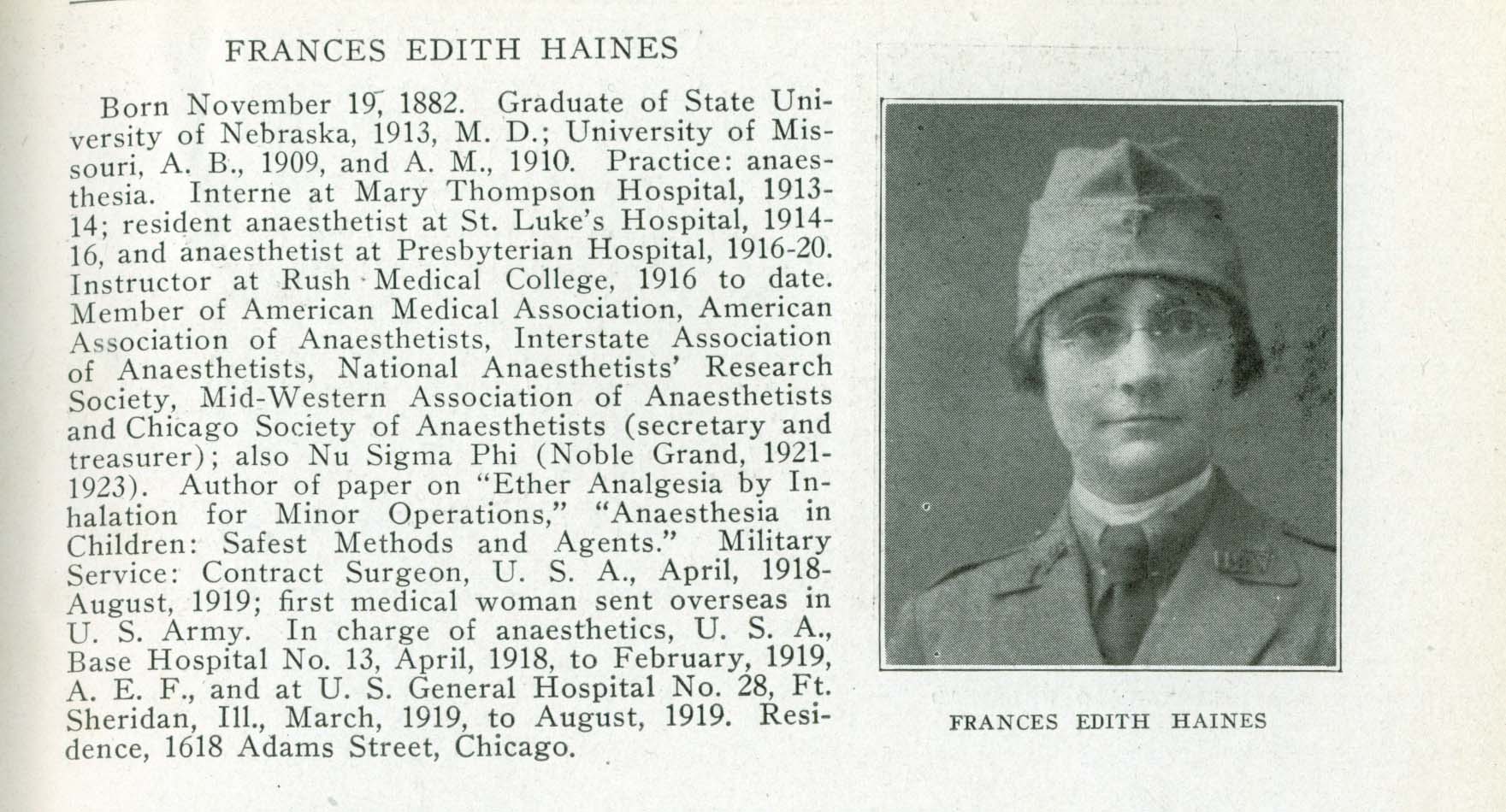 Haines was on staff as an anesthetist at Presbyterian Hospital and St. Luke’s Hospital and a Rush Medical College faculty member. Haines was the only woman to serve on the medical staff of Presbyterian Hospital’s Base Hospital 13 in France during World War I. She was an assistant in surgery (Anesthetics) and was a contract surgeon in the Army where she served from April 1918 to August 1919. Due to a personnel shortage, the U.S. military hired female doctors as contract workers in the United States and abroad. Along with another woman from New York, Haines was the first woman hired by the United States as a contract surgeon during the war. 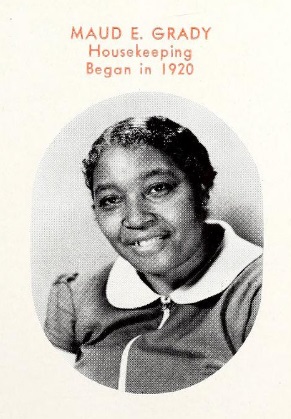 Grady was head of housekeeping at St. Luke’s Hospital. She was first employed by St. Luke’s in 1920. Hired for a scrubbing job, she was quickly promoted to maid’s work, and then soon after she was promoted to office cleaning. After World War I, it was almost impossible to get white help in housekeeping. Seventy-five Black workers were hired to fill this gap, and Grady supervised them and hired new workers. She was employed for at least 22 years, as the St. Luke’s News celebrated her work in a piece written in 1942. 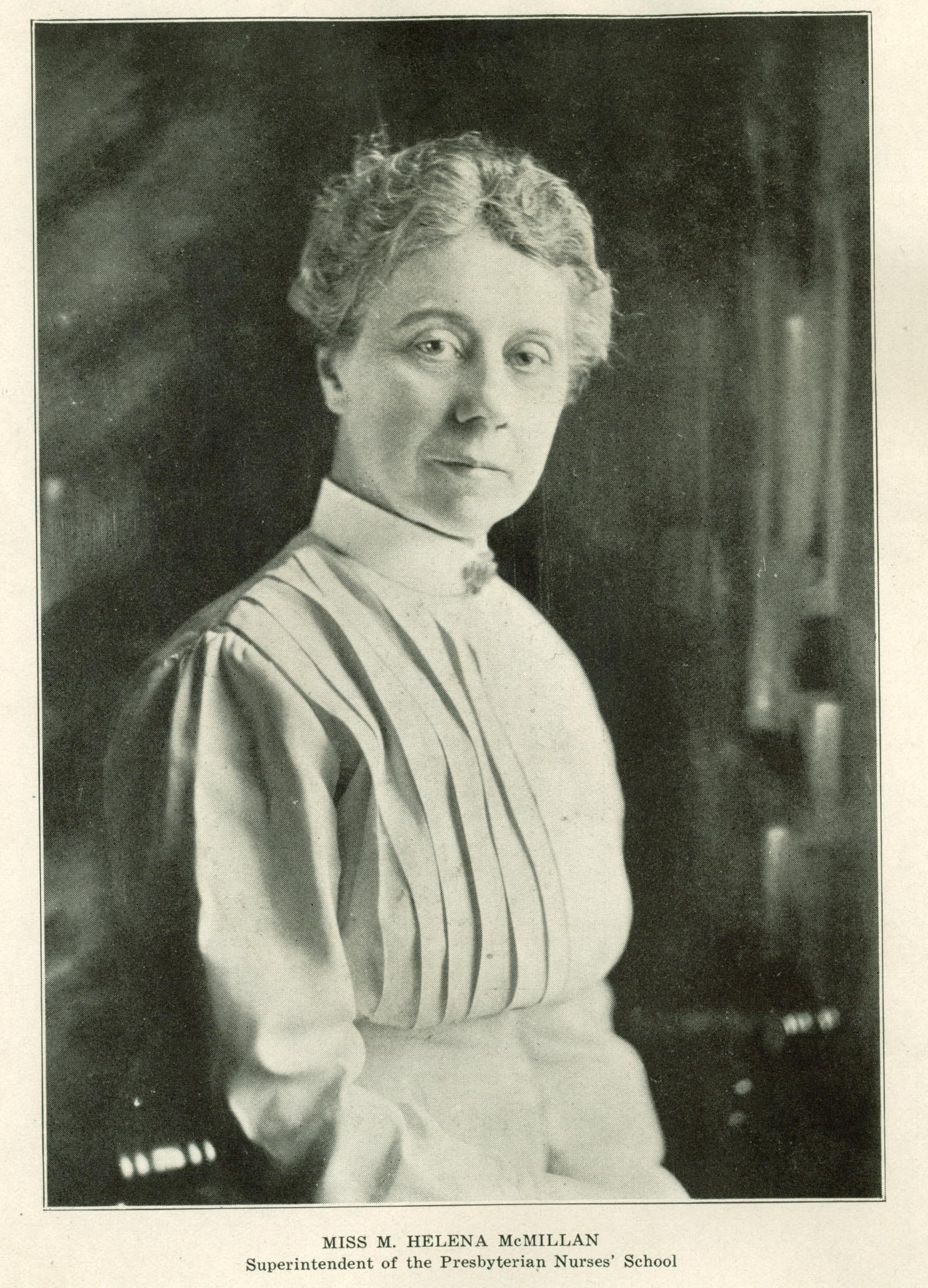 McMillan was director of the Presbyterian Hospital School of Nursing. She served in that position from its founding in 1903 until her retirement in 1938. In the earlier years of the school, McMillan pioneered many innovations that other schools adopted decades later. For example, she was among the first to require a high school diploma to enter the nursing program. She also forged a partnership between her school and Rush Medical College so that her nursing students would receive instruction in the science courses from the same faculty that taught future physicians at Rush Medical College. 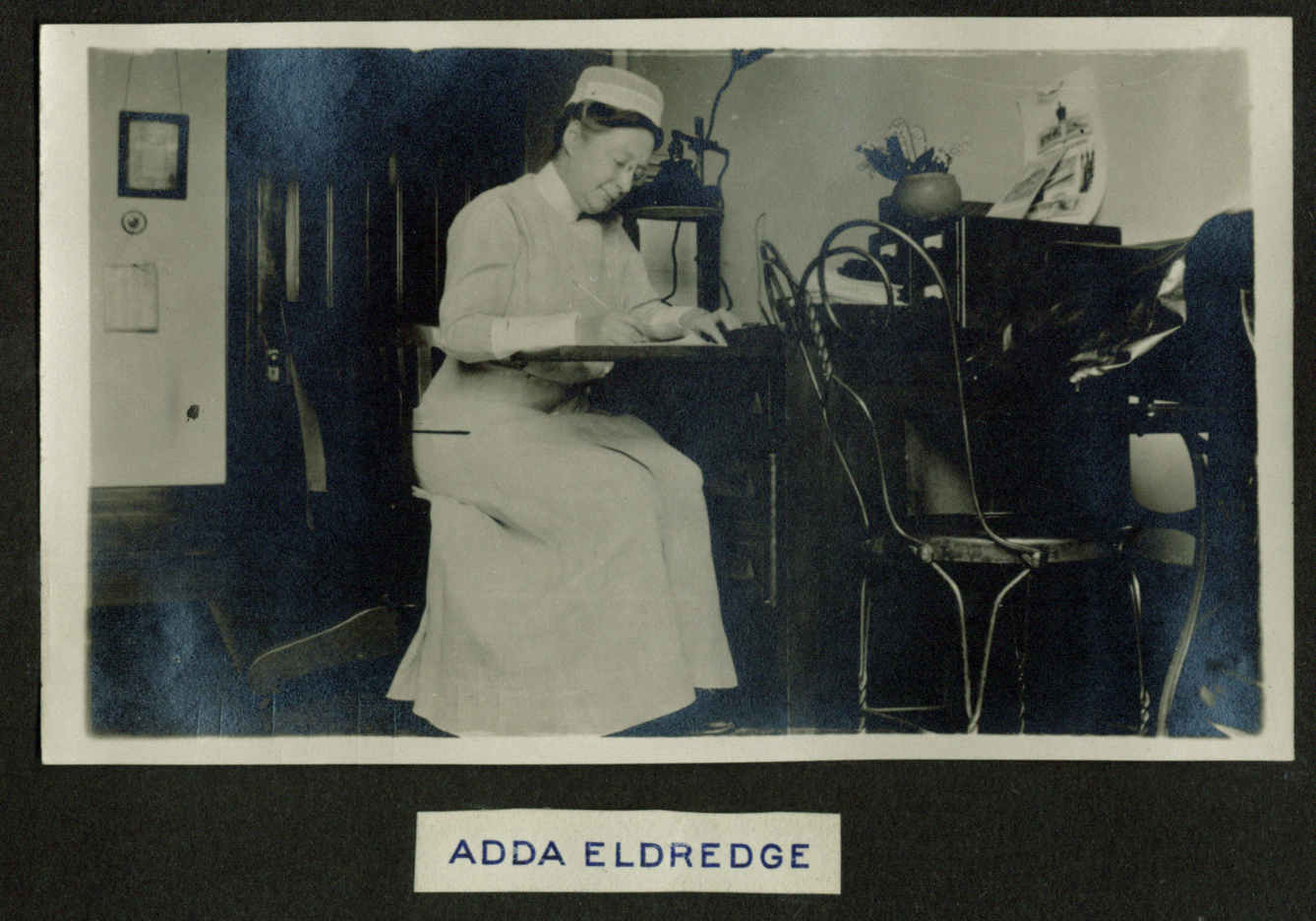 Eldredge was a St. Luke’s Hospital School of Nursing alumna and faculty member. She graduated from St. Luke’s Hospital Training School for Nurses in 1899 and later served as an instructor there from 1907 to 1914. Eldredge was a leader in the drive toward standardizing state registration procedures for Illinois nurses. For more than five years, she persistently lobbied the Illinois state legislature to develop a registration process that would legally certify the quality of a nurse’s education. Nurses with qualifications meeting Illinois standards could use the designation “R.N.” for registered nurse. In 1907, the state of Illinois passed the Nurse Practice Act and granted Eldredge state registration No. 1. In 1935, the American Nurses Association awarder her the Walter Burns Saunders Medal for Distinguished Service in the Cause of Nursing.

Each of these women is a leader in her own right, much like all of those suffragettes who fought so that all women could earn the right to vote. All of these women, suffragettes and Rush historical figures alike have all in their own way served as powerful agents of change to help pave the way for women at Rush to have a voice and to move Rush forward on the path to progress.

*All photos are courtesy of the Rush University Medical Center Archives.