No one’s exactly sure what causes Bell’s palsy, a condition that involves sudden weakness on one side of the face. But the symptoms are unmistakable. Once the weakness, or paralysis, sets in, it can affect your ability to control blinking, smiling or other facial gestures.

The good news: Bell’s palsy is treatable and usually gets better within a couple of weeks, says Peter Revenaugh, MD, a facial plastic surgeon at Rush.

1. Certain groups have a higher risk

Bell’s palsy affects roughly one out of every thousand people in the United States each year. Current research strongly indicates it could be caused by a virus related to chickenpox that weakens facial nerves. Anyone can get it, but adults between the ages of 30 and 50 have the highest risk.

Women also seem to be more at risk than men. And pregnant women, for reasons still not completely known, are at a higher risk yet — especially in the first and third trimesters. That could be related to weakened immune systems, Revenaugh suggests.

2. Bell’s palsy and stroke have similar — but different — symptoms

Common symptoms of Bell’s palsy include the following:

See your doctor immediately if you experience these symptoms, since they could also be signs of stroke or nerve damage. But Revenaugh says there’s a key difference between Bell’s palsy and stroke symptoms. If the patient is having difficulty moving other parts of the body or speaking, those would be signs of a stroke. Bell’s palsy most often is facial paralysis without other signs or symptoms.

The most common treatment for Bell’s palsy is high-dose steroids, prescribed by your doctor, which reduce the inflammation of the affected nerves. It's important that these are started as soon as possible.

Sometimes antiviral drugs can be helpful, too. But that the treatment is more controversial, since it’s not fully proven Bell’s palsy is caused by a virus. And if a patient does receive antivirals, it would be in combination with the traditional treatment of steroids.

Either way, treatments last roughly two weeks. Then a doctor can assess the extent of the patient’s recovery.

4. Recovery can be unpredictable

Facial weakness related to Bell’s palsy usually lasts just four days to one week. But full recovery from Bell’s palsy can stretch out from a couple of weeks to a few months.

Unfortunately, Revenaugh says, “we have not had a good way of predicting who's going to recover well and who is not. Certainly, if they're afflicted and it's a full (facial) paralysis, some of those patients don't recover as well.”

Many patients with Bell’s palsy who have sores around their ears don’t recover as well as others, he says, adding that it could be related to Bell’s palsy being a shingles-type virus impeding full recovery.

There's a specific type of physical therapy called “facial retraining” for those with long-term Bell’s palsy symptoms, which you can get at Rush. “But it's not necessarily the traditional physical therapy that we think of,” Revenaugh says, “with weightlifting and working on stability and movement.”

In this case, it’s careful retraining of the facial muscles. If patients have poor recovery, botulinum toxin and surgery can help. At Rush, there are several physicians with experience with these treatments.

So there are great options for patients with long-term symptoms who need physical therapy. But, fortunately, Bell’s palsy isn’t usually a long-term problem for most.

“With alterations in facial movement and relatively unknown origins, Bell’s palsy can be a very difficult diagnosis for patients,” he says. “It is important to know there are treatment options and experts at Rush who can help guide patients through their recovery.” 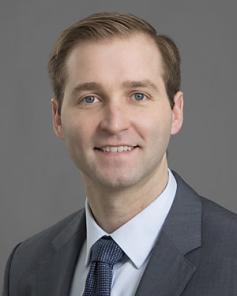