As part of a continuous improvement initiative, an evaluation of the RUMG New Hire Clinical Orientation process for RNs and MAs was conducted in January 2018. The evaluation focused specifically on the aspect of RN onboarding: from the initial RUMG orientation through Epic–Ambulatory, and finally the clinical orientation and preceptorship.

To evaluate the program, a survey was built and delivered through REDCap and specifically called out each of these components of the orientation process.

RNs were chosen for participation in the survey if they met the following two criteria: they began employment in RUMG in calendar year 2018 and attended RUMG New Hire Clinical Orientation for RNs and MAs within 45 days of hire. Previous ambulatory nursing experience was neither required for inclusion nor was it an exclusion factor. Based on this criteria, 62 RNs were sent the survey. Two surveys were returned as undeliverable. A total of 28 surveys were submitted before the February 1, 2019 deadline for a completion rate of 46.67%.

Results of the surveys were evaluated for each of the three components of the orientation process and deficiencies across the onboarding process were identified.

The team was in agreement that key stakeholders for improvement needed to be included early. In April 2019, the Transition to Practice Program (TTP) stakeholders were identified and included identification of the program director and development of a TTP Advisory Committee.

At the end of July 2019, the TTP Advisory Committee was prepared to present their recommendations for an orientation overhaul and creation of a new onboarding program. The committee presented to and received the support of the Ambulatory Department Advisory Committee (DAC) as well as RUMG Senior Leadership including Matthew Goldstein, Associate Vice President of Finance for RUMG and Richa Gupta, Chief Operating Officer for RUMG.

Following these presentations and associated support, the committee launched a comprehensive TTP program in October 2019. The goal of the program was to facilitate the effective transition of RNs to ambulatory, a unique and highly specialized practice environment, regardless of previous nursing experience.

The program consists of three components which support the ten terminal goals as outlined by the American Association of Ambulatory Care Nurses (AAACN) and is heavily rooted in our professional practice model and Benner’s Model of Novice to Expert. 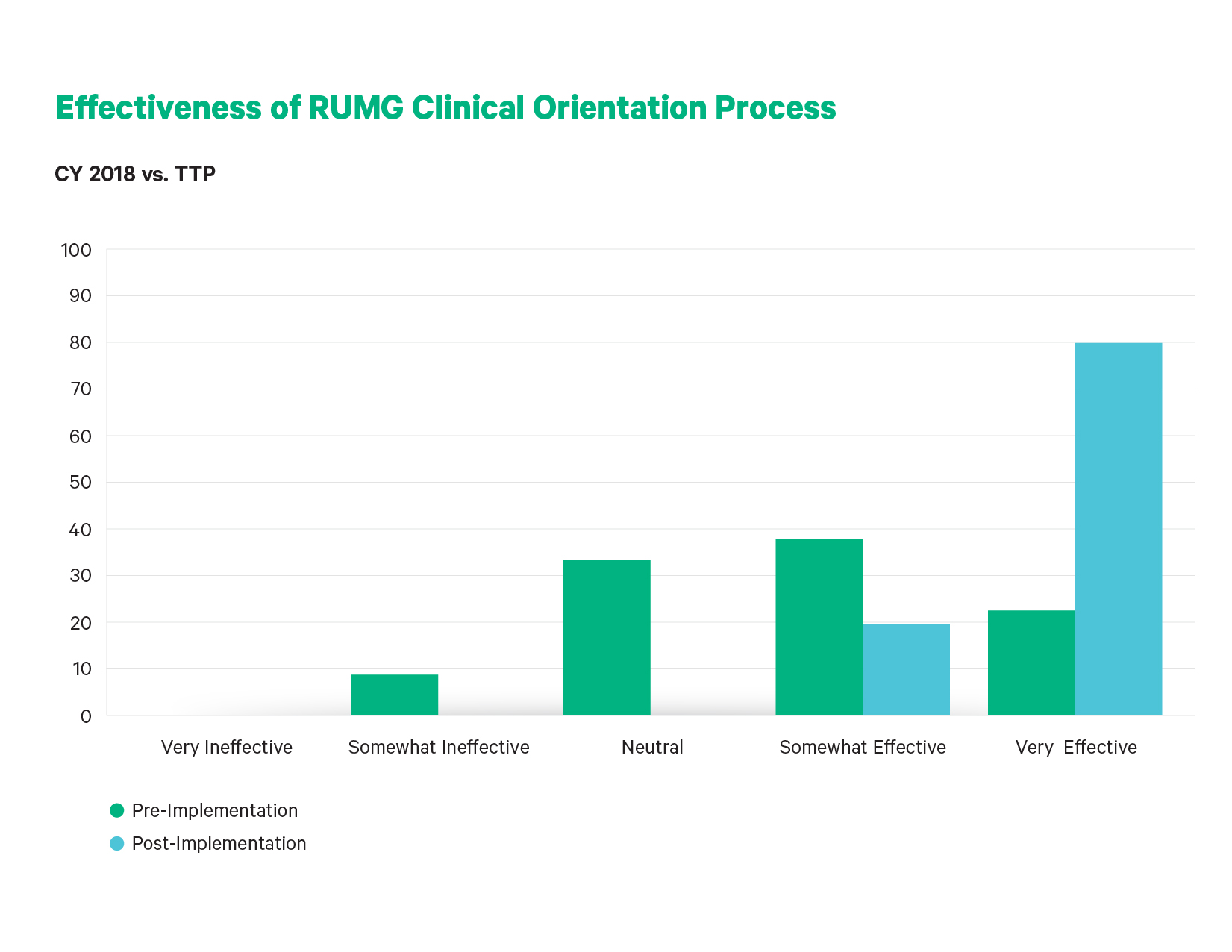