Several years ago, Rush Copley Medical Group physician John Davine, MD, made a deal with his patient, offering to buy him a steak dinner if he made it to his 100th birthday. Last week, Davine paid up.

When Gerald A. Demberg, a Navy veteran of World War II and the Korean War, celebrated his 100th birthday in early December, his niece organized a small party at the nursing home where he lives. She invited the doctor, who arrived with a gift for Gerald as well as a piece of chocolate cake and a big box of White Castle sliders.

“I had told him several years ago that I’d take his family to dinner if he made 100,” Davine says. “I paid for the White Castle so I got off easy.”

Although it wasn’t a steak dinner, the White Castle meal held special meaning for Gerald, according to his son, Jerry. “Mom and Dad always had White Castle once a week,” he says. “It was one of Mom’s favorites. Dad really likes them too.”

In addition to dinner, Davine gave Gerald a shirt from Old Navy that says “Old Navy.”

“It seemed appropriate,” Davine said, given Gerald’s veteran status. An Air Force veteran himself, Davine also made Gerald a card, which included a picture of the ship that Gerald served on, and a short history of how the ship got its name.

Davine has been Gerald’s doctor for more than 20 years. Gerald’s late wife, who made it to age 96, was also a patient. Jerry is his patient as well. 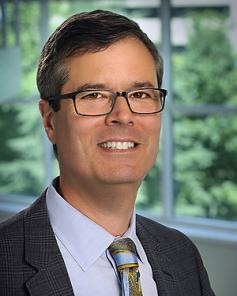 'You can continue to have a good life, even if you have cancer'
Patient Stories —

‘I encourage you not to give up’